Disgraced presenter Savile "wore huge rings that he said were made from the glass eyes of dead bodies", according to a sickening series of reports into his sex crimes.

Savile subjected patients in hospitals across the country to "truly awful" sexual abuse for more than four decades, reports have revealed. Savile's victims at Leeds General Infirmary ranged from five-years-old to pensioners and included men, women, boys and girls.

Investigators at the hospital found that staff were told about some of the incidents but no allegations reached senior managers.

Dr Sue Proctor, lead investigator at LGI, said what Savile did was "truly appalling", mentioning his collecting of glass eyes.

Investigators were also given "macabre accounts" of Savile "acting unacceptably" with dead bodies in the mortuary of a hospital.

Savile visited the mortuary in his role as voluntary porter and that he visited socially with his friend, who was the chief mortician.

Investigators said he publicly acknowledged his fascination with the dead and there were a lack of stringent procedures surrounding the mortuary.

The inquiry into his activities at LGI after he started his association in 1960 included the testimonies of 60 people who gave accounts of their experiences with Savile to investigators - 33 of these were patients.

Three of these incidents were rapes, the investigators said.

Savile's victims also include parents, friends and health professional traumatised by guilt about exposing children to a serial abuser in what should have been the safest of environments, a charity has said.

Victim Support said it has been helping Savile's direct victims but also those closest to them, who are often troubled by the thought that they were duped by the broadcaster's celebrity status.

"There are other people, friends and family members who are victims in this as well and are going through a number of feelings," said Lesley McLean, the charity's divisional manager for West Yorkshire.

"For example, if they introduced their child, who's in hospital, vulnerable, to Jimmy Savile thinking that this might be a nice treat for them while they're in hospital.

"Then the guilt those people have experienced about putting their children through that is huge."

The Leeds team said 19 of those who came forward were under 16-years-old and the age range was five to 75. They said the majority were teenagers but 19 victims were hospital staff - all women.

The inquiry panel said that he started working on the hospital radio service and he then became a regular visitor to the hospital, as a celebrity, a fundraiser and, from 1968, a volunteer porter.

It said Savile enjoyed unrestricted access to the hospital as he raised £3.5 million through his charity activities. This gave him the opportunities he needed to indulge in abusive and inappropriate contact with patients and staff.

He had access to keys to various departments, had a series of offices in the hospital and even had access to the mortuary, the panel said.

The independent investigation interviewed more than 200 people and reviewed more than 1,300 documents covering the 50 years Savile was associated with LGI, which is now run by the Leeds Teaching Hospitals NHS Trust.

The investigation panel found that incidents ranged from lewd remarks and inappropriate touching to sexual assault and, in three cases, rape.

Forty three of the encounters took place in public areas such as wards, corridors and offices.

The investigators found that nine victims told a member of staff about what happened either directly or through their parents at the time of the abuse. But they said none of these allegations were subsequently communicated to people in more senior positions.

Reporting their findings, the panel said: "It is clear from witness interviews that had senior managers at the hospital been made aware of Savile's abusive behaviour, they would have acted to stop it happening."

The chairwoman of the independent investigation, Dr Sue Proctor, said: "'Before saying anything about our findings, I want to commend the courage of those former patients, staff and visitors to Leeds General Infirmary who experienced abusive or inappropriate encounters with Savile.

"Because they came forward voluntarily and told us what happened to them, the NHS in Leeds and across the country now has an opportunity and an obligation to learn from their accounts and make sure that what happened in Leeds at the hands of Savile can never happen again.

"The NHS is in their debt and I am truly grateful to each of them."

Dr Proctor said: "For some, although the abuse took place decades ago, their experience endures as a painful and upsetting memory that still has an effect on them today."

Jane, not her real name, was assaulted at Leeds General Infirmary in 1973, after a short period of grooming by radio and TV star Savile, who was volunteering at the hospital. She was an in-patient of the LGI, being treated for the effects of a nervous breakdown, and was just 16 years old when Savile assaulted her and described herself as young-looking with a pixie haircut and wearing a short, cheesecloth dress. 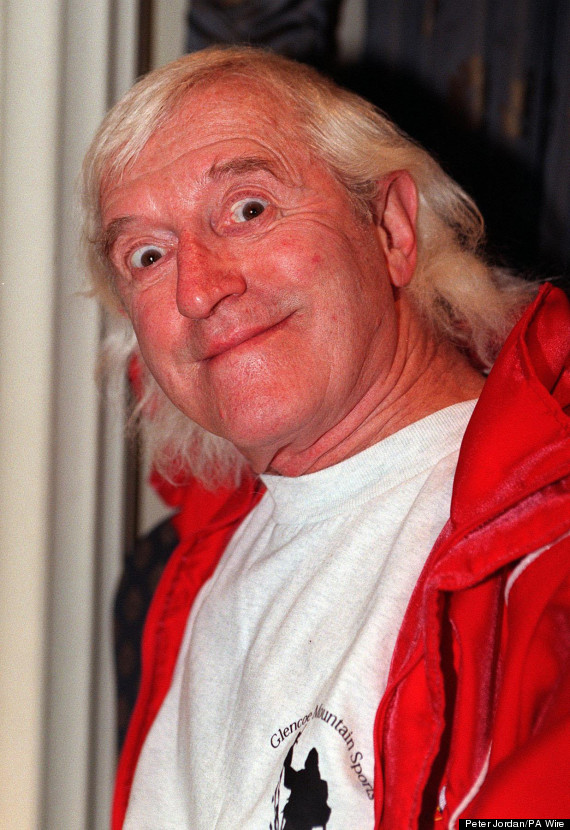 "I had seen Jimmy Savile around the hospital, everybody had. From time to time, he came up on to the ward and he chatted to just about everybody.

"We got talking, he'd ask where I came from, I told him it was a little village near York. He said 'oh right, I know that very well'. He said 'I do a lot of walking, charity walks, and I actually know someone from the village'. That was his opening line."

A few days after their first conversation, Savile asked Jane to accompany him out of the hospital. "He must have cleared it with staff that they were happy for me to go off the ward," the 57-year-old said. "He took me down the stairs, out of the hospital, across the grounds and out to a newsagent shop, which was just outside the front steps. I don't think it's there now."

"He went in and said 'my friend's been poorly, let's make her better'. I always remember this - the whole Jimmy Savile thing is like a snapshot in my mind - he actually cleared the whole counter with his arm. So there were magazines, papers, sweets, you name it, on the counter and they were delivered to the ward that afternoon."

"At that time, it was like I was the chosen one. Down the line, it's obviously grooming, we know this. There was so much media coverage about the good work he was doing, that he was working as a porter in the hospital, raising funds, it was just this kind of, almost like a superstar in those days. As a 16-year-old, of course, he was paying attention to me, that was rather lovely."

A few days after her trip to the newsagent, a porter approached Jane and said Savile wanted to see her. The porter took the then teenager down some stairs into "depths of Leeds General Infirmary", along an underground passage with huge heating pipes along it, before approaching a door.

"It didn't take very long, at all. And then he said 'you've got to go'. He knocked on the door, a normal knock on the door, somebody else opened it from the other side, not the porter, a third person, who I have since identified and made a statement about."

"I said to the nurses 'you wouldn't believe what's just happened'. I got as far as 'Jimmy' and they just laughed and that was the end of the episode."

J"My mother believed me, she said 'but the thing is, he's such a celebrity, who's going to believe you, love?' And she was right."

After the ITV documentary, Exposure: The Other Side Of Jimmy Savile, was aired in October 2012, Jane decided to contact the hospital - but at first she received no replies.

She sent her first email to the then chairman of Leeds Teaching Hospitals NHS Trust board, Mike Collier, but claims she received no reply.

Jane said: "He ignored me, so I ignored all the members of the trust in the end. The second one ignored me, the third one finally came back to me."

"I felt totally and utterly disgusted. I had a very Victorian upbringing and that wasn't on the agenda. Afterwards, the mind plays tricks on you. I was disgusted with it. But, I was still 'the chosen one'. Bizarrely, right up until all this happened, two years ago when it all came out, I was still the chosen one in my head, even though it had happened and it was wrong, because I didn't know anything to the contrary because nothing had ever been out in the media about it."

"In my opinion, the hospital let me down. They let me down by allowing that to happen, but they also let me down two years ago when they didn't acknowledge it had happened. The fact that they just didn't even reply to my emails until I really bombarded them, and then they did. That's like I was betrayed twice, let down twice, the fact they didn't believe me. I want an apology and to have assurances put in place that it won't happen again - no, that it can't happen again."

But Jane feels confident to discuss her experience.

"I haven't done anything wrong. I'm not proud of what happened that day, but it happened and it happened so quickly, there was nothing that could be done about it."