A New South Wales judge has been suspended from presiding over criminal cases after comments in which he suggested incest may no longer be taboo.

Garry Neilson likened incest to homosexuality, suggesting just as gay sex was socially unacceptable in the 1950s and 60s but is now widely accepted, “a jury might find nothing untoward in the advance of a brother towards his sister once she had sexually matured.”

Neilson was making his comments earlier this week during the trial of a brother charged with raping his younger sister, the Sydney Morning Herald reported. 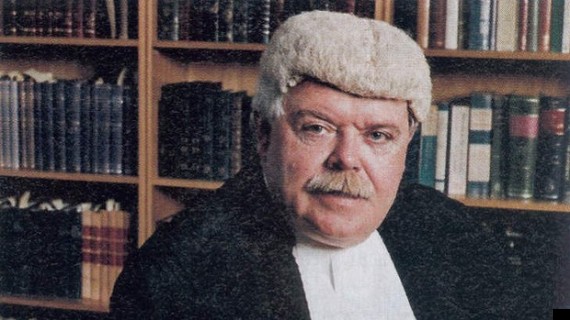 Judge Garry Neilson has been suspended from criminal cases

The defendant had earlier pleaded guilty to sexually assaulting his sister when she was 10-11 years-old in 1973/74, but denied charges of sexual intercourse without consent in 1981.

Neilson said the sex which occurred when the victim was 10 or 11 occurred in a different context to the sex when she was 18.

He said: “By that stage they were both mature adults. The complainant had been sexually awoken, shall we say, by having two relationships with men and she had become ‘free’ when the second relationship broke down.”

He added the “only reason” incest is still a crime is because of the high risk of genetic abnormalities in children born from these relationships, “but even that falls away to an extent [because] there is such ease of contraception and readily access to abortion.”

On Friday the Daily Telegraph reported Neilson had been suspended from attending criminal matters pending the outcome of a Judicial Commission’s investigation.

NSW Attorney-General Brad Hazzard told the newspaper: “Confidence in the judiciary is a critical part of ensuring broader community support for the legal system.

“The majority of this judiciary in this state do extremely good work day in and day out for the community.”

Crown Prosecutor Sally Dowling this week asked the Court of Criminal Appeal to appoint another judge other than Neilson because of the “misogynistic” attitude he displayed towards the complainant.

She said: "These remarks in my submission are completely disgraceful.

“The reference to abortion is particularly repellent.”