Is there alien life out there? The sheer size and complexity of the universe would suggest that there's only one realistic answer to that question.

Despite its size, proving that alien life exists has been spectacularly difficult.

In the last 10 years the biggest clue has been a mysteriously recurring radio burst that has puzzled astronomers, kept UFO-watchers permanently glued to their radio equipment and had the rest of us hoping that it doesn't all turn into "Independence Day". 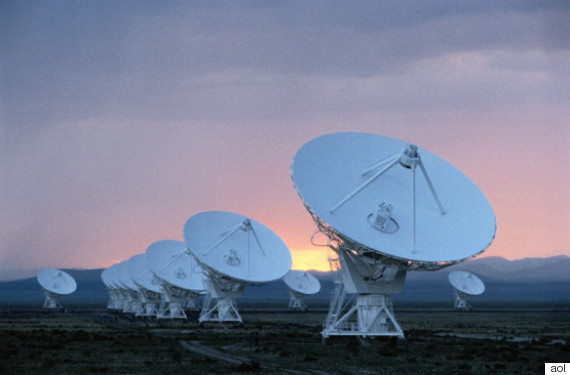 A new study could finally shed light on this mysterious signal pointing at just two outcomes: a new cosmic phenomenon or, as we've all been hoping, contact from alien life.

The study -- carried out by scientists at the Institute for Data Analysis in Neukirchen-Vluyn, Germany -- analysed the 11 signal bursts that started in 2007 and were last detected in 2011.

What they focused on in particular was the time dispersion between the signal's low and high frequencies, discovering that in every instance the difference was a multiple of 187.5.

Speaking to the Huffington Post Science team, co-author of the paper Michael Hippke said that it "is likely not produced by something like a supernova explosion, all frequencies leave the nova at the same time, and the DM [dispersion measure] is created by dust crossing. As the amount of dust varies, the DM would seem random."

There's other evidence that supports the theory that the signal is artificial. When it was first detected in real-time, astronomers immediately theorised that it could be the remnants of a supernova explosion. However, these explosions throw out huge amounts of light in other wavelengths. No other wavelengths were detected.

While it's easy to get excited at this point, the fact is this is all based on just 11 pieces of data. The signals are incredibly faint, they're certainly not sending anything that could even be misunderstood for a message and there's still the overwhelming possibility that it's just 'background noise'.

Director of SETI Seth Shostak sums it up in an email sent to Gizmodo:

“If it’s a signal, well, it’s certainly NOT a message — except maybe to say ‘here we are’. There’s not real bandwidth to it, which means these fast radio bursts can’t encode many bits. But there are so many other possibilities, I think that automatically attributing something in the sky that we don’t (at first) understand to the work of aliens is … premature!”