Israeli archaeologists may be one step closer to solving a riddle that has vexed explorers for more than a century: the location of the fabled tomb of the biblical Maccabees.

On Monday Israel's government Antiquities Authority announced an ancient structure it began excavating this month on the side of a highway appears to match ancient descriptions of the tomb of Jewish rebels who wrested control of Judea from Seleucid rule and established a Jewish kingdom in the 2nd century B.C.

Scholars in Israel's quarrelsome archaeological community tend to agree that the site, in an Israeli forest west of Jerusalem and a short walk from the West Bank, is a significant burial site but reserve judgment about its connection to the Maccabees. 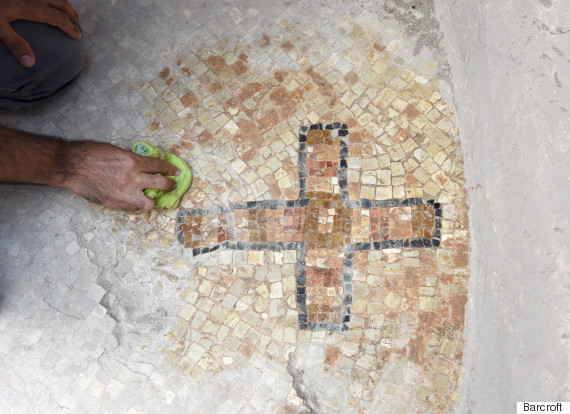 Now the Antiquities Authority, which sometimes relies on private funding to help finance digs, is soliciting donations so it can keep searching for evidence.

"We still don't have the smoking gun," said Amit Reem, a government archaeologist who helped lead the dig.

The Maccabees are considered heroes in both Judaism and Christianity. The Jewish holiday of Hanukkah commemorates Mattathias and his five sons who revolted against Hellenic rulers who banned Jewish practices, and rededicated the Jewish Temple in Jerusalem. The biblical Books of the Maccabees, which include a tale of Jewish martyrs dying for their faith, are a source of inspiration in some Christian traditions.

In the late 1880s, a succession of European explorers went searching for the tomb. They were drawn to a barren area near the West Bank village of Midya, a name that resembles Modiin, the ancient town where the biblical account says the Maccabee family was buried.

Arab villagers pointed one European explorer toward a hilltop dotted with rock-hewn graves known by locals as "the graves of the Jews." Archaeologists today say these cannot be the graves of the Maccabees, but Israeli road signs still label them as such and Hanukkah ceremonies are held there to honor the ancient rebels.

Another 19th-century explorer was drawn to a nearby Arab tomb, where he announced that he found the remains of Mattathias. Archaeologists say the small domed structure has no connection to the elder Maccabee, but a modern tombstone engraved in Hebrew marks it as his burial site. Today, candles and Jewish prayer pamphlets are strewn about.

"It was more wishful thinking than hardcore archaeological evidence," Reem said about the European explorers' discoveries.

It is a third spot, just a few paces away from the domed structure, that captures Israeli archaeologists' imaginations. French scholar Charles Clermont-Ganneau first excavated it in the late 1800s and found a mosaic floor featuring a Byzantine Christian cross. The site was then abandoned. This month, Israeli archaeologists and volunteers cleared away rubble and exposed the simple mosaic cross for the first time in more than 100 years.

He thinks it is likely that the Byzantines - early Christians - identified this site as the Maccabees' tomb.

"What other important figures would be here?" Reem said, standing in the deep pit of the archaeological site.

Oren Tal, an archaeologist at Tel Aviv University who was not involved with the dig, said the mosaic cross is not necessarily a significant clue. He said the burial niche may have been converted into a Byzantine chapel, where a cross would have been standard.

But he agreed with Reem about other characteristics that correspond to the biblical account and to an account by ancient historian Josephus Flavius. Both describe the Tomb of the Maccabees as a tall structure that could be seen from the Mediterranean Sea, featuring columns and seven pyramids.

Reem says four thick column bases found at the site may be indications that the structure was once 5 meters (over 15 feet) tall, and large rock slabs Clermont-Ganneau said he found - which have since gone missing from the site - could have been the bases of pyramid decorations. Before a forest was planted in the area, it had a direct line of sight to the sea.

Reem said he cannot yet date the site to earlier than the 5th century A.D. He wants to excavate more, to look for an inscription or architectural elements that could associate the structure with the time of the Maccabees.

For the past decade, he said, finding the tomb has been his personal holy grail.

"It (is) crucial for everybody ... to solve once and for all this riddle," he said.