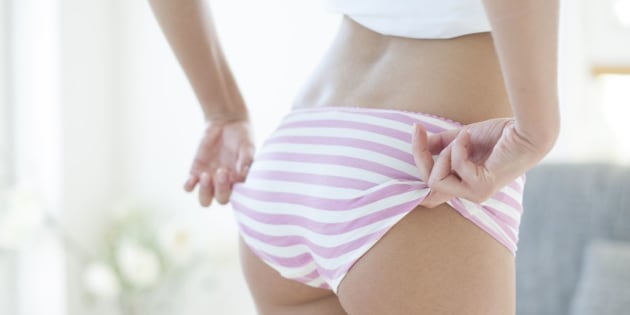 Lots of us have got one, but that doesn't necessarily mean we know the first thing about vaginas.

For example, what we can make from them (children not included), how they should look or what we should be putting inside them.

So here are eight things everyone needs to know about their lady garden.

1. You can make beer from your vagina.

Ever looked at the price of your favourite vino in the supermarket and wished that you could be your own personal brewery? Well now your wish has come true, as vagina beer exists. Using the naturally occurring yeast in the female anatomy, one brewing company decided that it would be a waste to not knock up a few pints. Talk about waste not, want not.

2. You can make sourdough bread from your vagina.

3. You aren't alone if you worry about how your vagina looks.

You might have finally found a culinary use for your vagina, but that doesn't mean you're necessarily happy with what it is doing aesthetically speaking. In fact, more than a third of British adults worry about their genitals not being 'normal' and 73% of those concerned were female. Not only that but more and more of us are so self conscious about what's going on inside our underwear that we are unable to orgasm with a partner. Oh guys.

OK now we don't want to point fingers here, but for a nation of people preoccupied with the idea of putting up scaffolding and renovating the place, perhaps we should all double check we know exactly where our vagina is? According to a survey, by The Eve Appeal, they found that 44% of women could not identify the vagina and 60% were unsure about what the vulva was.

6. You can buy lip balm for your vagina.

Ever suffered from chapped lips? No, not the ones on your face, the ones slightly further south. Well just in case, the world has now designed a chapstick you can use to lubricate your nether regions when they're feeling a little dry. The 'Feminine Lips Stick' is designed to be used "throughout the day" but should come with a cautionary word of warning that public transport is not the time or place.

7. You should not try to detox your womb via your vagina.

As we are all grown adults, we would have thought that we didn't need to go over things like this, but sexual health charities had to warn women last year about the dangers of trying to 'detox' their womb by putting bags of herbs inside themselves. Yes, you read that correctly. Just stop.

8. You should just call a vagina, a vagina.

As if #periods didn't have enough shame and taboo surrounding it, we now have a V-Zone!! Like why? Do men have P-Zones? Come on @Bodyform!! pic.twitter.com/32Bf1hd0kG

No matter whether you have a vagina of your own or not, here's just a casual reminder that no one should feel they need to give their vagina a cute name. This is after sanitary product company, Bodyform, were called out on Twitter for refusing to use the word vagina or vulva, and instead describing it as the V-zone. Is this meant to make us feel like we're in the Crystal Maze or something? It isn't the first sanitary product to avoid using the biological terms and sadly, we fear it won't be the last.

10 Ways Therapists Prevent Themselves From Catastrophizing

Trump Has A Lot To Say About Winston Churchill's 'Beautiful Bust'