A 96-year-old former Nazi guard and SS officer known as the “bookkeeper of Auschwitz” has been deemed fit to serve jail time for his 2015 conviction as an accessory to murder, German prosecutors say.

Kathrin Soefker, a spokeswoman for prosecutors in Hanover, northern Germany, said doctors had determined that Oskar Groening was well enough to start his four-year prison sentence, so long as he was able to receive “appropriate medical care” while incarcerated.

“A 96-year-old has physical constraints but … he is fit for prison,” Soefker said.

Groening’s lawyer, Hans Holtermann, said he disagreed with this assessment, telling Reuters news agency that his client would not be able to “survive imprisonment.” Holtermann added that he would be asking the court to make a decision on this matter. 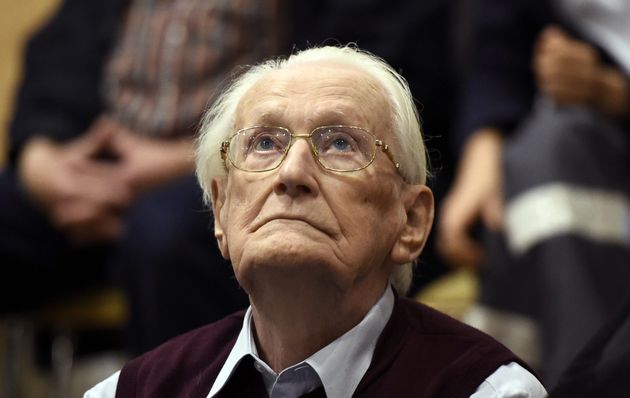 The nonagenarian was convicted in 2015 for his role in the massacre of 300,000 Jews at Auschwitz concentration camp in Nazi-occupied Poland, where as a guard he’d been tasked with sorting through the banknotes and other belongings taken from arriving prisoners.

Groening, who was 20 when he joined the Waffen-SS, said he was enthusiastic when he was first sent to work at Auschwitz in 1942. He has maintained, however, that he never personally committed murder but has admitted to standing by as thousands were led to the gas chambers.

“For me there’s no question that I share moral guilt,” Groening, then 93, told judges during his 2015 trial. “I ask for forgiveness. I share morally in the guilt but whether I am guilty under criminal law, you will have to decide.”

As a former Nazi soldier brought to trial, Groening’s transparency about his experiences during the Holocaust has been atypical. In 2005, he spoke at length to the BBC about the horrors he had witnessed. He said at the time that he had chosen to share his story to quash the claims of Holocaust deniers. 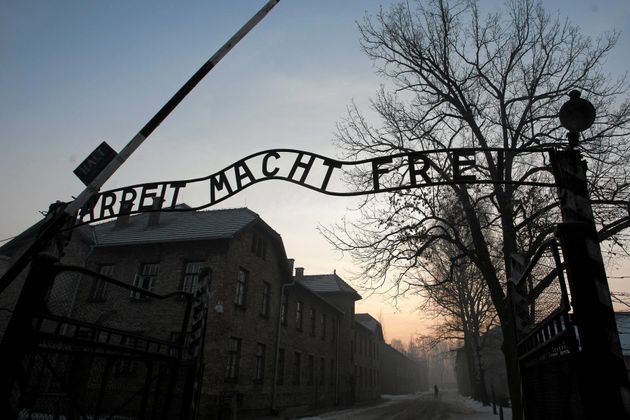 Groening’s trial and subsequent conviction have triggered emotional and diverse responses from Holocaust survivors and others.

His trial, noted the Guardian in 2015, went “to the heart of the question of whether people who were small cogs in the Nazi machinery, but did not actively participate in the killing of 6 million Jews during the Holocaust, were guilty of crimes.”

For decades, these “small cogs” had not been prosecuted by the German justice system, but the convictions of Groening and the accused Nazi guard John Demjanjuk in 2011 showed that the courts were changing course. With most of the accused now deceased or elderly, however, Groening is believed to be one of the last Nazis to stand trial.

Eva Mozes Kor, an Auschwitz survivor, said in 2015 that she’d forgiven Groening for what he’d done. She had suggested community service as a better alternative for Groening than jail time.

“He was a small screw in a big killing machine, and the machine cannot function without the small screws,” said Kor, who was 10 when she was subjected to horrific medical experiments at the death camp. But the octogenarian said she had chosen to forgive the man and believed that there was value in trying to bring “the victims and the perpetrators” together to “try to heal.”

A photograph from Groening’s trial shows the ex-Nazi guard kissing Kor on the cheek. Another shows Kor holding the man’s hand.

“I know many people will criticize me for this photo, but so be it,” she wrote at the time. “It was two human beings 70 years after it happened. For the life of me I will never understand why anger is preferable to a goodwill gesture.”

Others, however, have stressed that Groening’s participation in the Holocaust cannot be overlooked or go unpunished. Prosecutors maintain that his role may have been small, but his work ultimately helped oil the machinery that allowed the mass murders to take place.

Leon Schwarzbaum was one of many Holocaust survivors who said that Groening deserved the prison sentence he received. Asked by the BBC in 2015 if he could forgive the former death camp guard, Schwarzbaum was unequivocal.

At least 1.3 million men, women and children were sent to Auschwitz from 1940 to 1945. About 1.1 million people, mostly Jews, were killed there.