The former home of a Nazi concentration camp commander who tortured Jews on the property is being converted into a luxury family villa.

Amon Goeth’s grim notoriety stems from the sadistic enjoyment he took in torturing his victims – both in the Kraków-Plaszów camp and in his nearby, balcony-fronted home.

Goeth, who held the rank of Hauptsturmfuhrer in the SS, “sporadically shot babies and spent mornings using camp inmates as target practice. A classical music aficionado, he played the waltz in the camp to drown out the cries of parents as their children were taken to Auschwitz.

“An animal lover, he trained his dogs Ralf and Rolf to tear victims apart as he calmly watched, waiting for bodies to stop moving before administering the final bullets,” according to the Jewish Chronicle.

It was this behaviour that earned him the nickname The Butcher of Plaszow.

The scene of such horrific events is now being renovated into a family home by developer Artur Niemyski, the Daily Mail reports.

While Niemyski has insisted he does not mean to cause offence with his plans, he has rejected a campaign to turn the property into a memorial.

Goeth’s former Jewish maid Helen Jonas-Rosenzweig supports the efforts by British Holocaust education charity JRoots, telling the newspaper: “I was a prisoner in this house and a victim. I want the world to learn what happened there.” 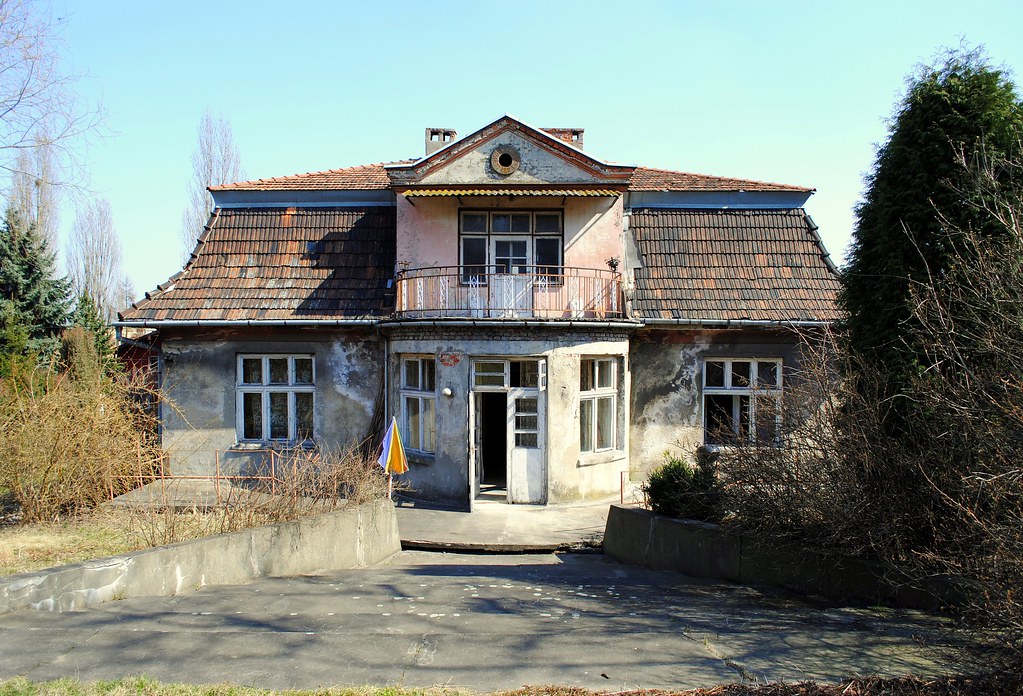 Jonas-Rosenzweig recalls the luxury and opulence of Goeth’s lifestyle, but cannot forget the violence that tinged it, including one instance where a young Jewish boy was shot dead on the spot for attempting to leave a room without permission.

JRoots founder Rabbi Naftali Schiff told Huffington Post UK: “We aimed to inspire young people to light candles there and bring light to a dark place, to sing Jewish songs there that Goeth would have had you killed for singing.

“We ask young people to make a pledge in that house of cruelty to return to Britain and make society a better place through acts of kindness and social responsibility. Hundreds of young adults have told us that visiting this house is one of the most powerful education and inspiring experiences they’ve had in their lives.”

“Now, all of this education has been lost. We will protest with all we can to overturn being barred from visiting the Goeth Villa by its private property developer. We deplore his efforts to erase what happened there. Whether intentional or otherwise, the effect is the same - history is being erased before our eyes.

“While the shell of the house still stands the owner has made it clear to us that he wants the world to forget what happened there. This can be so dangerous when Holocaust denial is so rife. We are protesting and call on the Mayor of Krakow to help protect this house and its history.”

Goeth, who lived in the property from 1943-1944, was played by Ralph Fiennes in Steven Spielberg’s 1993 epic film Schindler’s List.

The film featured scenes of Goeth taking pot shots at prisoners from the balcony of his home and partying with other Nazis and businessmen like Oskar Schindler.

It was Schindler who is credited with saving some 1,200 Jews from the Nazis during the Holocaust, in part by exploiting his friendship with Goeth.

Niemyski has said: “My opinion is that this building was occupied for a short period by the Nazis, which should not influence this property forever.”

In 1944 Goeth was removed from his position at the camp and charged by the SS with the theft of Jewish property, which under Nazi law, belonged to the state.

Before he could be brought to trial, he was detained by US troops in 1945. He was put on trial, sentenced to death for his atrocious crimes and hanged in 1946.

In 2015, a woman purporting to be Goeth’s granddaughter published a book entitled My Grandfather Would Have Shot Me.

German-Nigerian Jennifer Teege claims: “I am the granddaughter of Amon Goeth, who shot hundreds of people – and for being black, he would have shot me, too.”