Sunday night's "Another Day, Another Time: Celebrating The Music Of 'Inside Llewyn Davis'" concert at Manhattan's Town Hall was one of those only-in-New-York events where a guy in a Mike Piazza t-shirt jersey could breathe the same air as Hollywood luminaries like Susan Sarandon and Frances McDormand.

The show, a benefit concert for the National Recording Preservation Foundation, was presented by "Inside Llewyn Davis" directors Joel and Ethan Coen and T Bone Burnett, the film's music supervisor, and featured nearly four hours of performances from singers like Joan Baez, Patti Smith, Jack White, Marcus Mumford and the "Inside Llewyn Davis" cast, Oscar Isaac (who plays the film's title character, a 1960s folk singer) and Carey Mulligan among them. "I'm humbled to have a seat at this table," Isaac said during one of his solo performances. Isaac, an actor who also sings, played "Hang Me, Oh Hang Me" and "Green, Green Rocky Road," two folk songs made famous by Dave Van Ronk, at the concert, and was joined by Mumford for a cover of "Fare Thee Well (Dink's Song)," the film's unofficial theme.

"Another Day, Another Time" will air on Showtime later this year, closer to the Dec. 20 release of "Inside Llewyn Davis." Ahead, the brightest moments from the star-studded event. Countdown ... 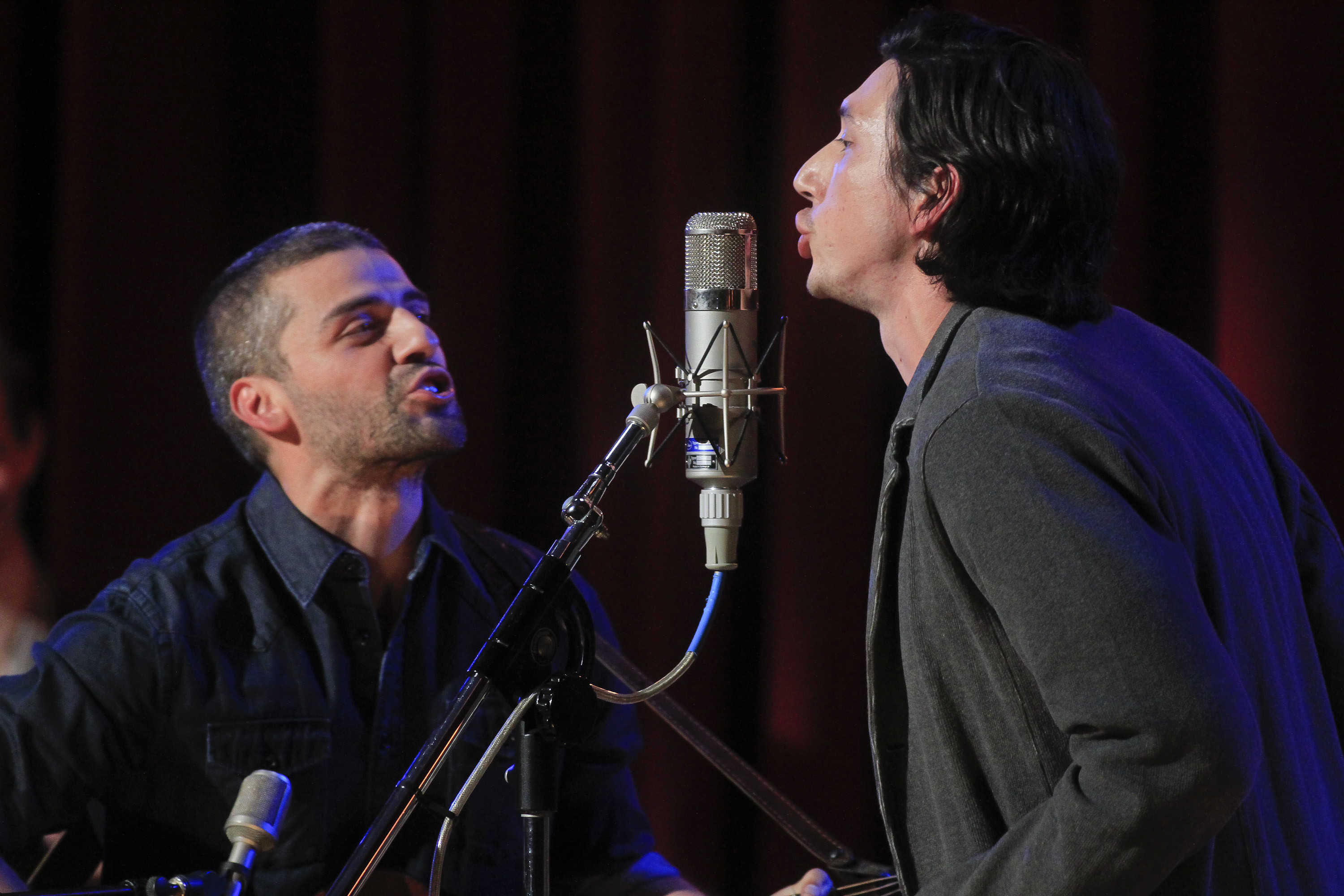 Since "Inside Llewyn Davis" premiered at the Cannes Film Festival in May, the John Glenn Singers' (them being Isaac, Adam Driver and Justin Timberlake) performance of "Please Mr. Kennedy" has been an oft-discussed talking point. Timberlake was absent from Sunday night's concert -- Elvis Costello was introduced as his understudy, because it was that kind of evening -- but that didn't matter all too much thanks to Driver. The "Girls" star, who is tasked with utilizing his basso profondo to sing-speak things things like "outer ... space" and "one second please" in the tune, stole every second of the live rendition, just as he does on screen. Say hello to your year-end obsession. 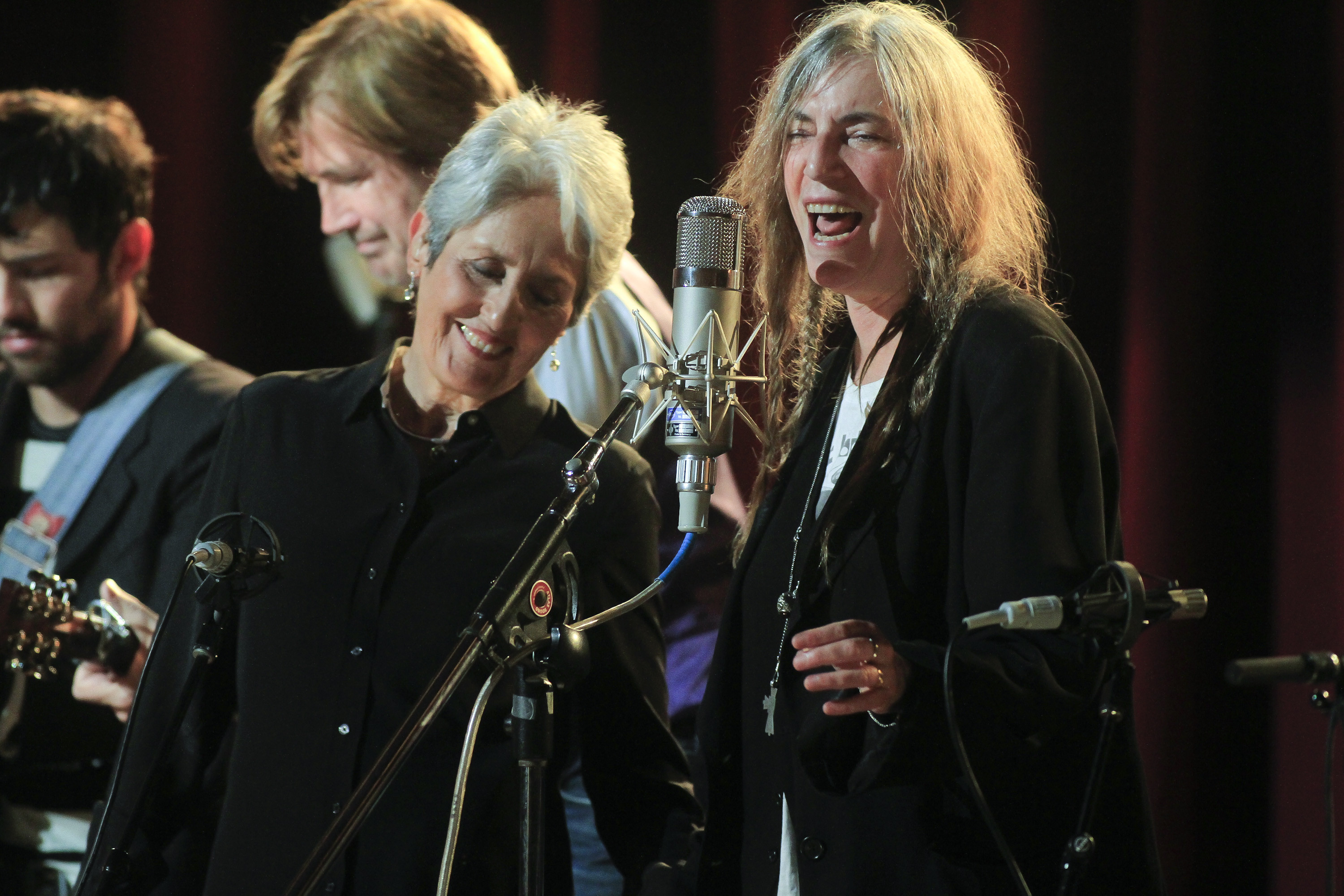 This was totally normal. 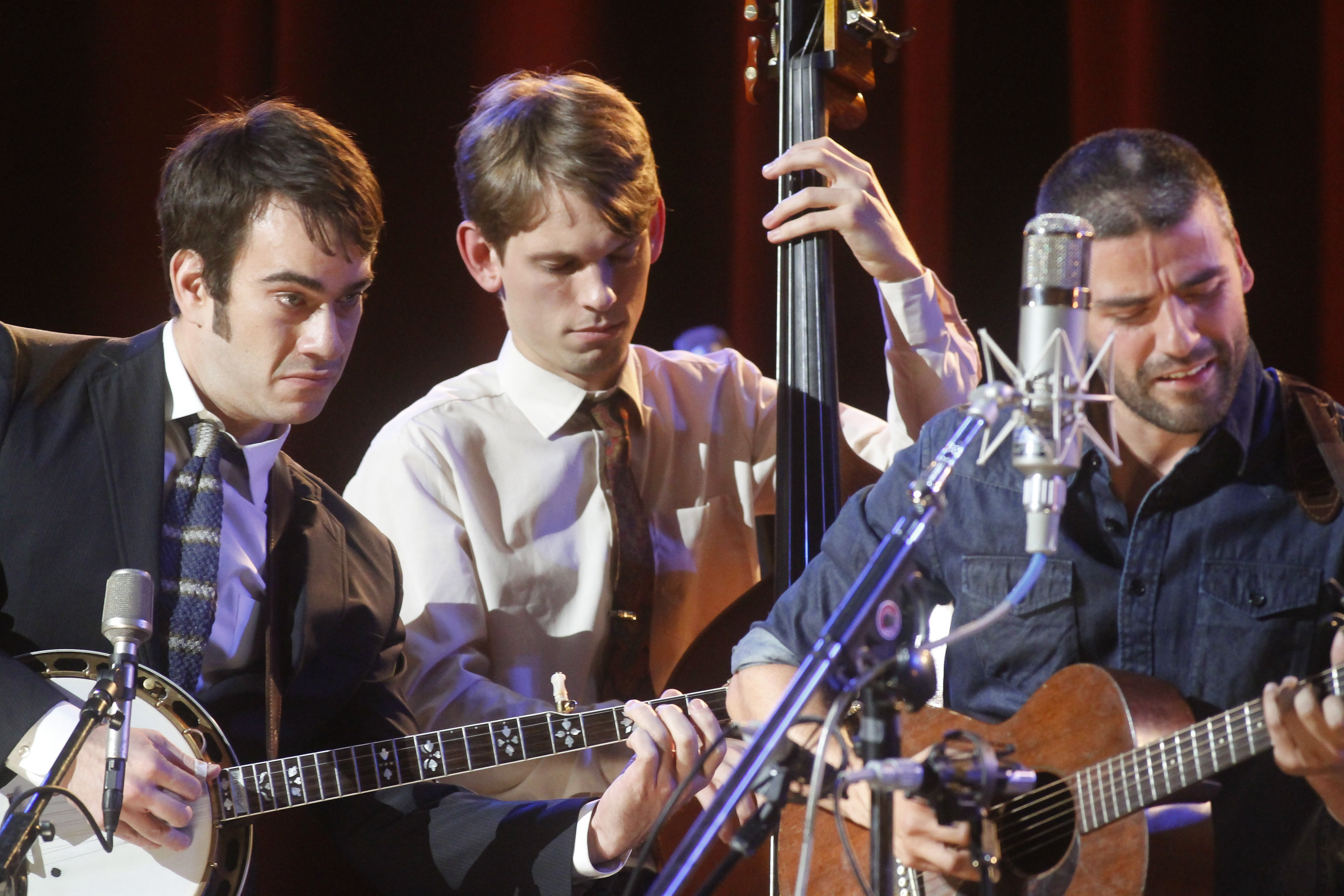 As Marcus Mumford joked, The Punch Brothers acted as de facto house band for the evening, playing alongside pretty much everyone. Yet it was during a performance of "The Auld Triangle," an Irish standard written for the 1954 play "The Quare Fellow," that The Punch Brothers (with help from Mumford) were at their best. The song also appears on the "Inside Llewyn Davis" soundtrack. 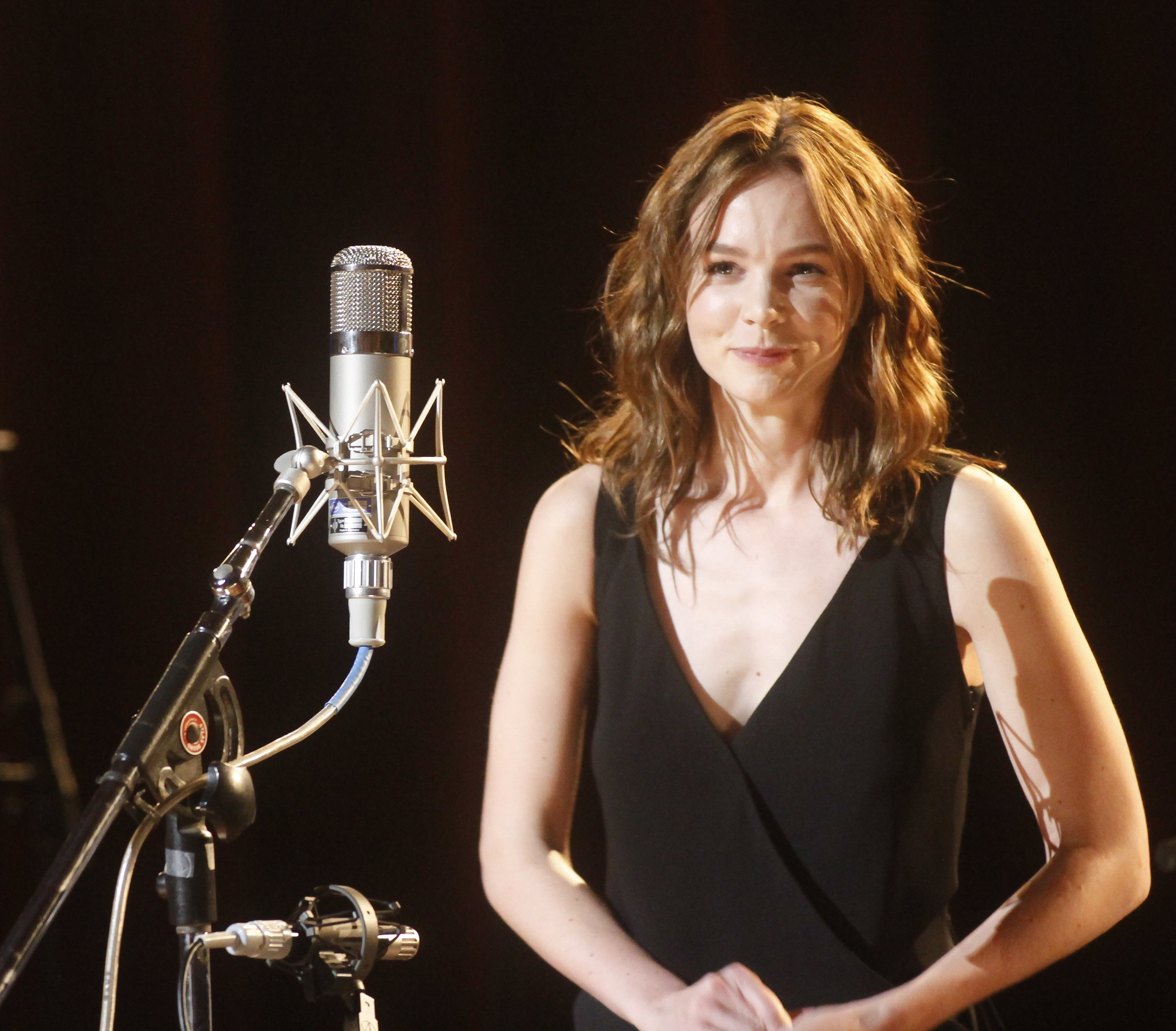 Mulligan plays a folk singer in "Inside Llewyn Davis", and got to perform a pair of songs during the concert, including "Didn't Leave Nobody But The Baby" and "500 Miles," the latter with Elvis Costello. "This has been done by everyone from Peter, Paul and Mary to, well, me. So please give me a big hand," Mulligan said before "500 Miles." Mulligan received one of the warmest ovations of the night, if not the loudest. That's because ...

The chances are a good many people haven't heard of Rhiannon Giddens, but that's probably going to change after "Another Day, Another Time" airs on Showtime. Giddens performed two songs, including a traditional Scottish tune, and earned the night's one in-show standing ovation. Watch above to get an idea of what Giddens sounded like (just amplify the stakes by Scott Rudin is sitting 10 feet away.)

Check out the full "Another Night, Another Time" set list below:

All photos by Rahav Segev.