Need proof that the anti-vaccination movement is hardly a new phenomenon? Behold: 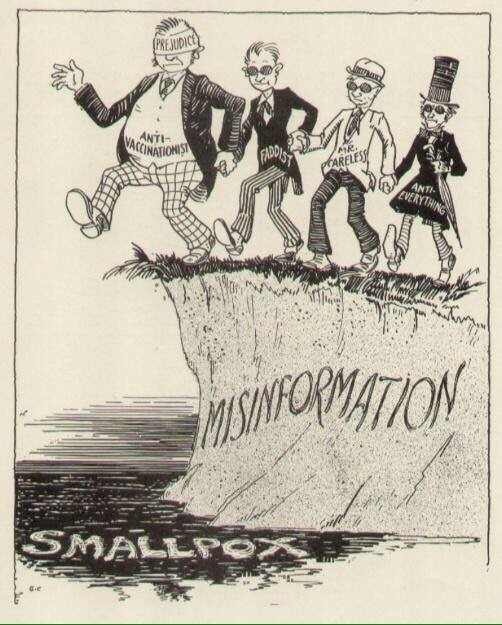 The comic above was posted to Reddit today with the caption, "History repeats itself. Anti-vac comic from the 1940s." According to an older post on Super I.T.C.H, a blog devoted to comic history, the illustration comes from a 1930 cartoon booklet titled "Health in Pictures."

A commenter on the same thread pointed to another cartoon by satirist James Gillray, this one dating back to the early 19th century. In it, British citizens receiving a cowpox inoculation in 1802 can be seen panicking about the vaccine's rumored effects (allegedly reported by opponents of the vaccination), namely that individuals were developing bovine features. 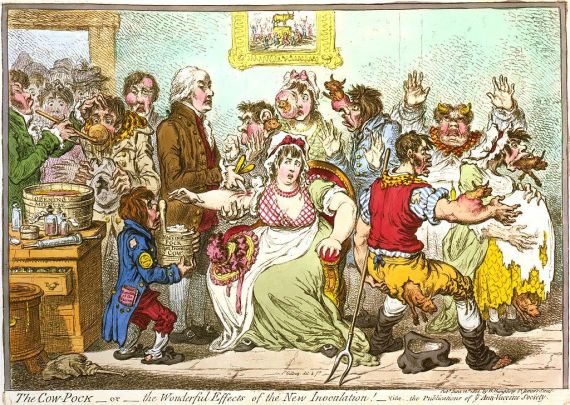 Now, compare these to the types of cartoons popping up in The New Yorker just this week.