A study compiled by data gurus BFAMFAPhD reaffirms what many, many, many critics have postulated -- American artists are facing a diversity problem. As The Washington Post reported, BFAMFAPhD's research reveals that most artists making a living from their work are white. And by most, we mean 77.6%.

The study, titled "Artists Report Back," analyzed data for over 1.4 million working artists* (as well as a group of 2 million art school graduates) across the United States using the Census Bureau’s 2012 American Community Survey (ACS). The results show that nearly four out of five working artists are white. That leaves 7.5% of working artists identifying as black, 3.9% as Asian and 8.3% Hispanic.

Researchers put the stats in perspective: The population of the U.S. is 17% Hispanic, but only 6% of arts graduates are Hispanic. At the 2014 Whitney Biennial (a survey of American art), approximately 3.7% of the participating artists were Latino.

If you were wondering whether the research shed light on the art world's well known gender problem, the answer is yes. In equally depressing news, women make up over 60% of art school graduates, yet only 45% of working art school graduates are women.

Just last year, The Guardian reported that every artist in the top 100 auction sales of 2012 was a man. "Work by women artists makes up only 3% to 5% of major permanent collections in the US and Europe," Judy Chicago proclaimed in another article. Mega-gallerist Larry Gagosian stuck the knife in deeper in 2013 when he staged a massive contemporary show and included only one woman -- Kim Gordon. 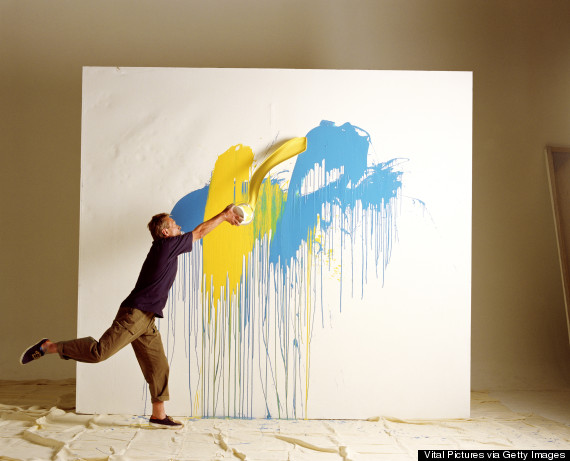 Forty percent of working artists do not have a bachelors degree in any field, BFAMFAPhD concluded. Only 15.8% of working artists have an arts related degree. Meanwhile, seven out of the top 10 most expensive institutions of higher education in the United States (after financial aid is taken into consideration) are art schools. Essentially, art school can lead to debt... but not necessarily a job.

Their advice? "We must close the gap between arts graduates and working artists... Preparation for artistic work in other fields, including arts management and administration, as well as training in artist-owned businesses, is essential."

"We point prospective art students toward low-cost and free art schools, artist-run spaces, and independent communities of working artists, as we know that the time has come to speak openly about the political economies of art education."

As Hyperallergic pointed out earlier this year, this survey has its shortcomings (for one, the survey population excludes individuals working in art with another primary occupation and non-arts related degree). But the information certainly reflects a concern long existent in the art world. So, after reading a rather dismal review of diversity in art, what are your thoughts? For a rosier outlook, check out New Orleans Prospect 3 biennial, which has been dubbed "the most racially diverse US biennial in recent history."

25 Documentaries You Need To Watch On Netflix Now

Dominic Raab Criticised For Suggesting Police Don't Investigate The Past

Too Late To Stop Spread Of Omicron In The UK, Says Top Scientist