Harry And Meghan Aren’t The Only Royals To Have Do...

'No Topic Off Limits': Promised In Harry & Meghan... 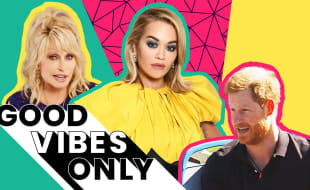 Six Feelgood Entertainment Stories From This Week | Good Vibes Only

A Minute Of Kindness: Rowing Across The Atlantic For Alzheimer’s Research

Meghan Markle: Palace Is ‘Perpetuating Falsehoods About Us’ In Latest Oprah Clip

Trump Returns To Political Stage And Hints At 2024 Presidential Run

On The Mind: How Trauma Changes You