There's not much that will get in the way between and avid coffee drinker and their cup. Come hell or high water, they will find a way to drink their favorite caffeinated beverage. Even a poorly brewed cup of diner coffee is better than no cup of coffee at all. But that doesn't mean they won't try to find a way to make it taste better, even if it means adding table salt. 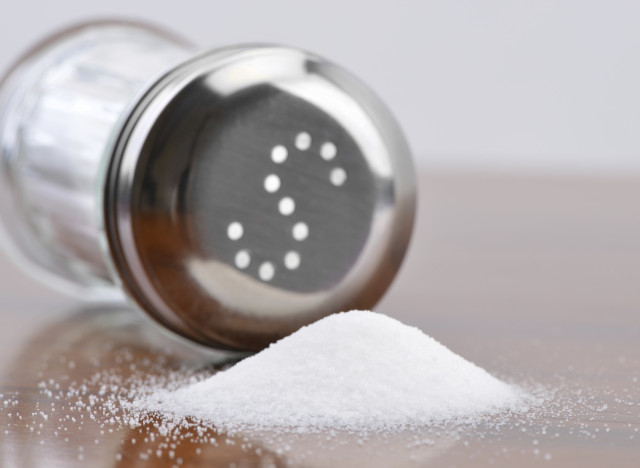 That's right folks, SALT. Coffee drinkers have always proven to be a pretty creative bunch -- like that time they added butter -- so when presented with a subpar cup of coffee, some of them added the ingredient that makes almost everything we consume taste better. If you think about it, the idea kind of makes sense.

Practitioners swear that adding a pinch of salt -- either to the grounds before brewing, or directly into a brewed cup -- will cancel out the bitterness found in bad cups of coffee. Why? Some say it works because "salt bonds to the portions of taste buds that detect bitter flavors and prevent them from properly bonding." Whether that's legitimate science or not, we were not certain. But we did know that a blind taste test was needed.

Two of the cups were a little more full bodied -- and SALTY. The other one tasted like an "eh" cup of coffee. There was not a lot of salt added to these cups, just a pinch, and yet the saltiness shone through. We tried it twice to be sure. Still salty.

Bottom line: If you really love salt and hate cheap coffee but often drink it, this secret ingredient might be just what your life has been missing. If you are sensitive to sodium, this isn't for you. Stick to cream and sugar. As Serious Eats concluded, cream and sugar seem to have the same effect of mellowing out the bitterness of a bad cup of coffee.