Your mother was wrong. Video games aren't bad for you. They're actually making your life better.

Despite hand-wringing over a supposed connection between violence and video games (hint: there isn't any), numerous academic studies indicate that playing video games has many psychological and even physical benefits.

Taken together, it turns out video games actually make you a better human being.

To better understand how video games affect the brain, German researchers conducted a study, which was released this week. They asked 23 adults with a median age of 25 to play "Super Mario 64" for 30 minutes a day over a period of two months. A separate control group did not play video games at all.

Examining the brains of the two groups using an MRI machine, they found that the gaming group had a rise in gray matter in the right hippocampus, right prefrontal cortex and the cerebellum -- areas of the brain responsible for spatial navigation, memory formation, strategic planning and fine motor skills in the hands.

"While previous studies have shown differences in brain structure of video gamers, the present study can demonstrate the direct causal link between video gaming and a volumetric brain increase," study leader Simone Kühn said. "This proves that specific brain regions can be trained by means of video games."

Kühn and her colleagues concluded that video games could potentially be used as a therapy for patients with mental disorders that cause brain regions to shrink or be altered. Such diseases include schizophrenia, post-traumatic stress disorder and Alzheimer's.

2. 'Starcraft' May Make You Smarter 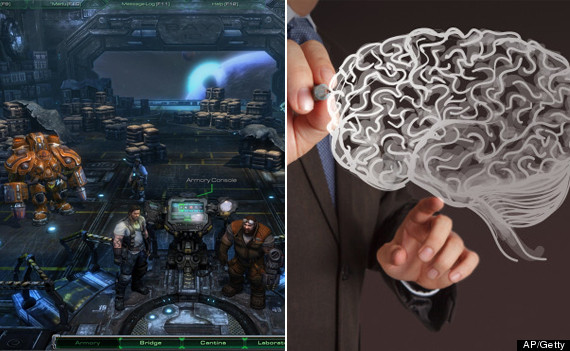 In August, British researchers found that certain video games, particularly strategic games such as "Starcraft," can increase a player's "brain flexibility," which the scientists described as "a cornerstone of human intelligence."

The study, conducted at Queen Mary University of London and University College London, is based on psychological tests conducted before and after 72 volunteers played "Starcraft" or the life-simulation game "The Sims" for 40 hours over six to eight weeks. They found that participants assigned to play "Starcraft" experienced gains in their performance on psychological tests, completing cognitive flexibility tasks with greater speed and accuracy.

"We need to understand now what exactly about these games is leading to these changes, and whether these cognitive boosts are permanent or if they dwindle over time," study researcher Brian Glass said in August. "Once we have that understanding, it could become possible to develop clinical interventions for symptoms related to attention deficit hyperactivity disorder or traumatic brain injuries, for example." 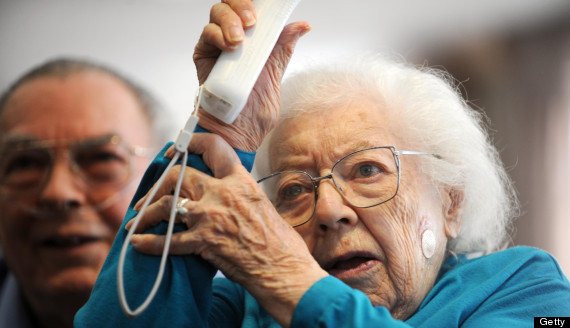 Playing brain-teasing game for just two hours a week may help slow the degree of mental decay associated with the natural aging process, according to a study this year from the University of Iowa.

A study of 681 healthy individuals ages 50 and older revealed that playing 10 hours of a specially designed video game was able to stall the natural decline of different cognitive skills by up to seven years, in some cases.

Over five to eight weeks, one group of seniors was given computerized crossword puzzles while three other groups played a computer game called "Road Tour." The game involves matching pictures of vehicles while remembering the location of a particular road sign as more and more "distractors" appear as the player advanced. The experience is meant to mirror the difficulty older drivers have when they have to process information from multiple points of view at an intersection.

"Whether it's a specially manufactured game or something like 'World of Warcraft,' games are cognitively complex and require mental energy and abilities to play them," said Jason Allaire, an associate professor in the department of psychology at North Carolina State University in Raleigh, who was not involved with the study. "Whenever you do anything that requires mental energy, you're exercising your abilities -- it's just like if you exercise your muscles, you get stronger." 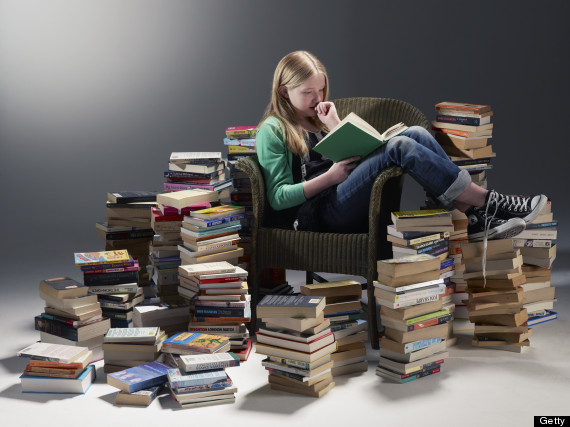 A study from the University of Padua throws cold water on the idea that video games are bad for the brains of young children. In February, the Italian researchers presented evidence that playing fast-paced video games can improve the reading skills of children with dyslexia.

The team separated children age 7 to 13 into two groups, one of which played an action game called "Rayman Raving Rabids" while the other played a lower tempo game. When the reading skills of the children were tested afterwards, those who played the action game were capable of reading faster and more accurately. The authors of the study hypothesized that the action games helps kids increase their attention spans, a skill considered crucial to reading.

In November 2012, scientists at The University of Texas Medical Branch at Galveston conducted an experiment in which high school gamers, college gamers and medical residents competed to see who could perform better virtual surgery. The players completed a series of tasks on a device that replicated real surgeries and measured skills in 32 different categories, such as hand-eye coordination, pressure on the controls and timing.

The high school sophomores, who played video games two hours a day, dramatically outperformed both the college gamers (who played four hours of video games daily) and the medical residents (who had only sporadic gaming experience). Trying to be a real surgeon must have gotten in the way.

Still, Sami Kilic, a University of Texas professor who helped design the experiment, reasonably insisted that students interested in a career in medicine should still focus on academics, not virtual surgery. However, a separate study found that surgeons who played video games for at least 3 hours a week saw 37 percent fewer mistakes during laparoscopic surgery.

6. Video Games Can Be A Pain Reliever 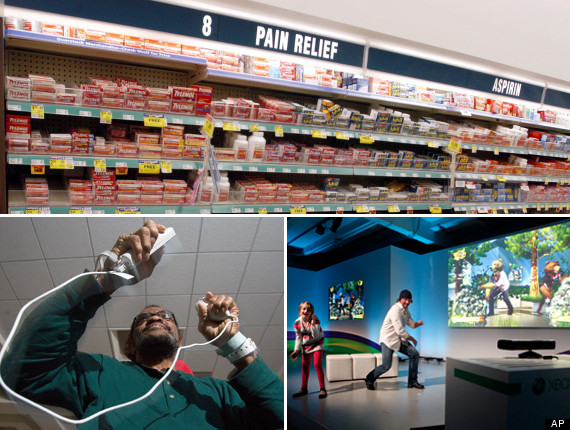 In 2010, researchers presented evidence at the American Pain Society's annual scientific meeting that video games, specifically ones with an emphasis on virtual reality, have proven effective in reducing anxiety or pain caused by medical procedures or chronic illness. The study found that when people undergoing chemotherapy or other serious treatments were immersed in a virtual gaming world, they reported significantly less stress and fear. In addition, those being treated for burn wounds found a decline in their pain ratings by rates of 30 to 50 percent.

Referencing the motion sensor technology of the Xbox Kinect or the Wii, Charles Friedman of the Pain Relief Centers said that gaming allows the brain to stay busy using other senses instead of focusing on pain. Gaming also releases endorphins in the brain, a chemical that is generally associated with happiness and capable of numbing discomfort.

7. 'Call Of Duty' Can Improve Your Eyesight 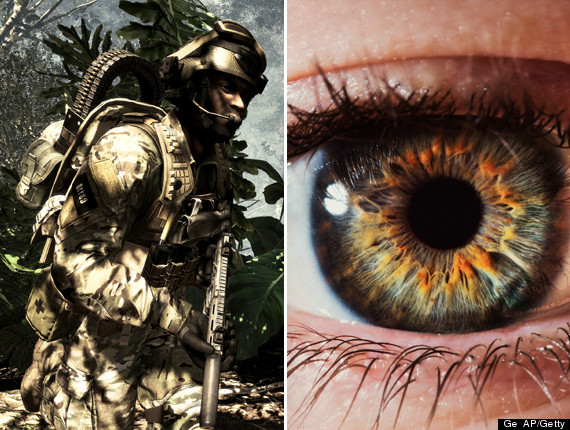 According to a University of Rochester study, shooting bad guys in video games can unexpectedly give you better vision.

In the 2009 study, expert action gamers played first-person shooting games like "Unreal Tournament 2004" and "Call of Duty" while non-experienced action gamers played "The Sims 2." Those playing the shoot-'em-up games saw a boost in their "contrast sensitivity function," or the ability to discern subtle changes in the brightness of an image. Considered one of first of the visual aptitudes to diminish over time, the ability to pick out bright patches is key to tasks like driving at night.

The study's authors believe that the process of locating and aiming at enemies exercised gamers' eyes. And with bad guys unpredictably popping up, the shooting games also helped players learn to analyze optical data on the fly. The researchers believe their study shows the potential of video games -- particularly action games -- to serve as an aid in the way we correct bad eyesight.

8. Video Games Can Be As Effective As One-On-One Counseling 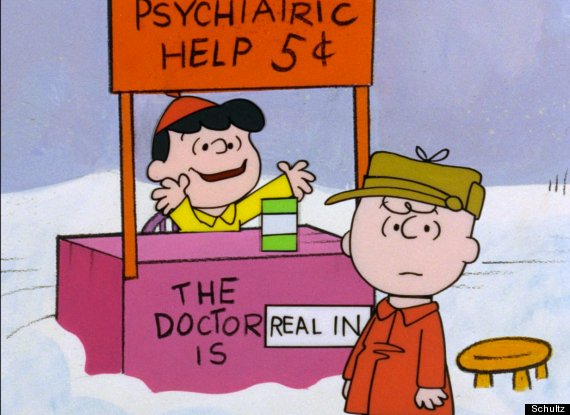 While video games are often blamed as a cause of mental illness, studies have shown that they can also be a cure.

In 2012, researchers in New Zealand created a novel way to treat depressed teenagers with "SPARX," a video game designed to give therapy to kids in a way that was more fun and active than traditional counseling. The acronym stands for “smart, positive, active, realistic and x-factor thoughts,” strategies that have been commonly used to battle depression.

The study included 168 teens with an average age of 15 that had previously sought help or struggled with depression. Half of the group was randomly assigned to "treatment as usual,” which was usually one-on-one counseling over five sessions. The other half played SPARX, a fantasy game where the subjects created avatars in order to squash “gloomy negative automatic thoughts,” and restore order in the virtual world. Each level taught players basic facts about depression, strategies for dealing with intense negative emotions and relaxation techniques.

The results for the SPARX group were extremely encouraging. About 44 percent of SPARX players recovered completely from depression while only 26 percent of the control group were no longer depressed. 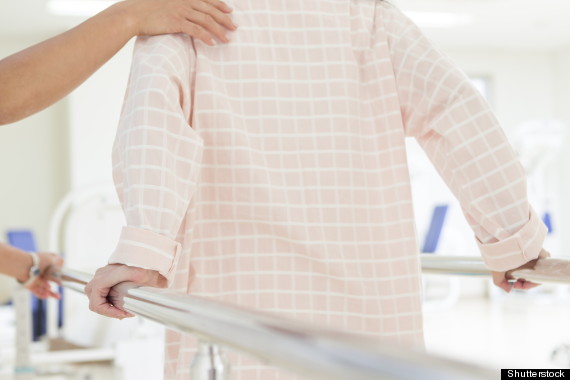 For stroke victims, recovery can be a long or even impossible process. Seeking a more affordable and effective approach to restoring speech and movement after a stroke, Debbie Rand of Tel Aviv University turned to video games.

Individuals who had a stroke one to seven years before the study were assigned to one of two groups. The first did traditional rehabilitation exercises while the other played video games on Xbox 360, PlayStation 3 and Nintendo Wii.

For an occupational therapist like Rand, the advantages of using video games for rehabilitation were clear in several ways. While both groups showed improvement in things like grip, only the video game group continued to show improvement in hand strength after the treatment. The video gamers not only performed double the number of arm movements during each session, their movements were "goal-directed" and not merely repetitive exercises.

“When individuals plan their movements and move deliberately in order to accomplish a specific goal, it is likely to have a positive impact on brain plasticity,” Rand said, noting that because video games are fun and enjoyable, subjects are more likely to commit fully to the rehab.