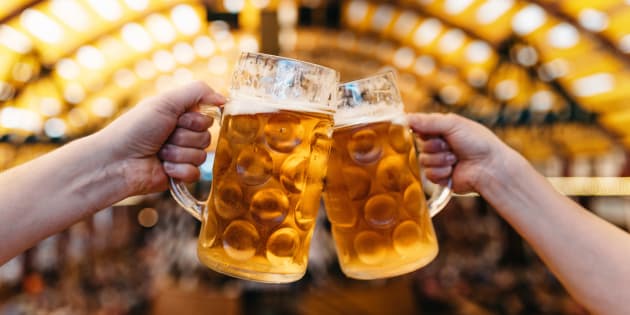 With a brand new year on the horizon, it's time to start planning for the upcoming beer festivals. If you are anything like me, there are far too many to attend and not enough time. So I've made it a little easier, and chosen a few of the key festivals around the globe worth taking some time off and heading down to. While there are certainly more than these select few, in my opinion, these are the ones that provide the most value or experience.

This is by far one of the smallest festivals on this list, but don't confuse small with boring. Just take a look at the list of beer from last year's festival and you'll find that the selection is absolutely stellar. We're talking about a festival that could possibly provide the single best lineup in the entire country, and when you realize that it's still fairly small, then you've got a lot of amazing beer practically all to yourself.

This is practically a music festival smashed with a craft beer festival, and it's four days of absolute fun. On average there are about 400+ beer to try from over 100 brewers globally; it's a great event to spend all day just chilling out and enjoying the atmosphere.

The East Coast of Canada isn't left out of this list. It's hard to ignore a festival that after over 11 years can boast more than 100+ breweries coming out to Halifax for the event. Some unique breweries that aren't necessarily found at other festivals make an appearance here, and you've got a great venue and backdrop to top it all off.

This is one of the longest running beer festivals in the country. Now in its 31st year, it attracts an epic 70,000+ people and brings in beer from all over the U.S. It's a weekend that can't be missed for any craft beer lovers, with drinkers making special pilgrimages out to Portland just for the occasion.

There isn't a single craft beer festival that comes to the level of class and sophistication of Savour. We're talking a whole new level of beer and food appreciation generally reserved for wine snobs. It's quality over quantity for this festival, with a select number of brewers chosen to pair with creative culinary dishes. High-class beer at its best.

At 3,800 beers and counting, there is absolutely no way you will be able to try everything at this massive festival. Over 800 breweries attend and there are activities all throughout the week in Denver. It can be overwhelming at times, but remember: it's just beer, grab another and you'll be fine.

This is a given. The world's largest beer festival and a must-visit event for anyone even remotely interested in beer. There isn't much that hasn't already been said about Oktoberfest; be ready for a lot of drinking, a lot of dancing and a lot of passed-out drunk people who may or may not have pissed themselves.

The definitive festival for all British-style beer (and more, of course) — over 60,000 people congregate at this festival to drink to their heart's content. It's here where you will find some of the world's best stouts and porters, among other international favourites.

The earliest festival on this list, the picturesque town of Bruges plays host to every imaginable Belgian beer style available. The festival considers itself to be the "Mecca of everything worthwhile in the Belgian beer world." With a claim like that, they have to bring their A-game.

Hundreds of beers and ciders are on display at this premier event in Australia. It's relatively new, only being launched in 2011, so there is a lot of room to grow and that means the festival is only going to get better and better.

A 16-day celebration and the largest beer festival in Asia, this is billed as Asia's equivalent to Oktoberfest. There are even opening and closing ceremonies that may remind you more of the Olympic Games than a beer festival. Expect a lot of lagers and pilsners, as they are the most popular styles in Asia.

You thought Germans were the only ones that could compete on the world stage when it comes to Oktoberfest? The town of Blumenau, which quite literally looks like a German town fell out of the sky into Brazil, hosts the largest Oktoberfest in the Americas, with over 600,000 attendees.