Nicole Scherzinger was showing us how to do a super-sexy take on winter's thigh-high boot trend at the Metro Radio Christmas Live concert on Friday night. 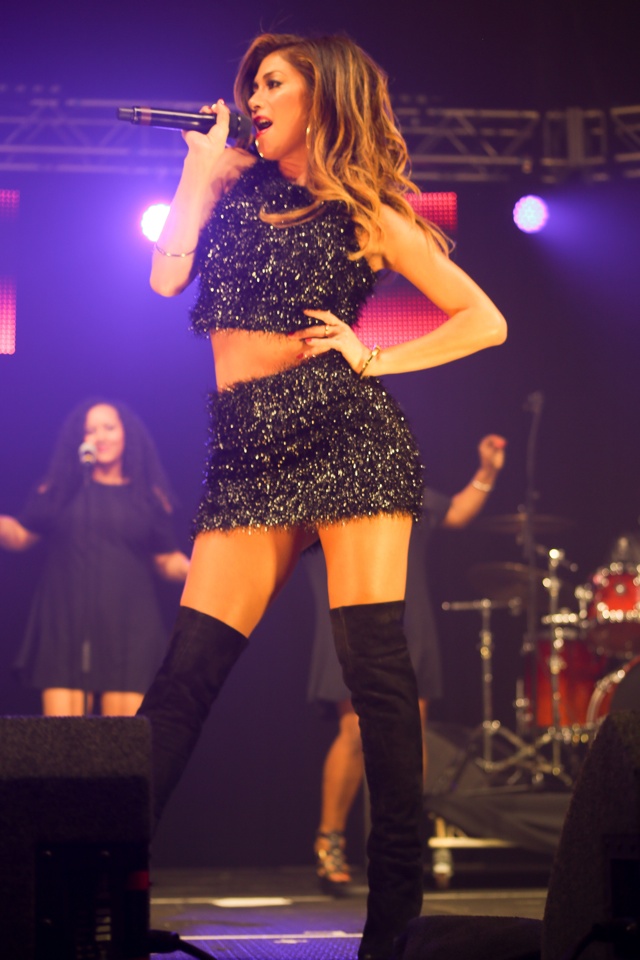 The star looked stunning in a festive tinsel-inspired crop top and miniskirt, finished off with the amazing suede over-knee numbers. We want.

Her hair was flawless as usual in its signature tousled curls form, and make up was bold with lined eyes and red lips.

Nic took to Instagram on her way to Newcastle for the show, writing: "On my way to stage, let's do this #Newcastle #UK glam by @kim.kiefer 💋."

Thankyou #Newcastle ! Your #light gives me #life. You were shining like #dancingstars out there tonight. #Run 💖🌟✨

Nicole performed after jetting off to support her Formula One star beau Lewis Hamilton in the UAE last week.

Fresh from his racing win, Lewis appeared on the BBC Radio 1 Breakfast Show with Nick Grimshaw, where he was asked to guess the artists behind tracks after hearing a snippet of each.

He found himself in hot water when he guessed incorrectly on one of Nicole's songs. He immediately identified Timbaland, but, before hearing the vocals, guessed that it was a track performed by Justin Timberlake.

According to the Daily Mail, Nick laughed and teased: "This is someone called Nicole Scherzinger. Have you heard of her?"

To which Lewis exclaimed: "Oh my god! Which one was that?" He said the pair hadn't been together when she recorded the track, but that it was a "good song".

He added: "I can't believe you did that to me. I'm going to get it when I get home."

But, looking how loved up the pair are in this Instagram pic, we don't think he'll be in trouble for long...

Suggest a correction
MORE: Have you seen? Style