Fourteen years after his infamous halftime performance, Justin Timberlake delivered a much tamer show at Super Bowl LII on Sunday night in Minnesota.

With the Eagles leading the Patriots 22-12 going into the second half, Timberlake’s friend, Jimmy Fallon, introduced the singer.

The 37-year-old kicked off the performance by singing his new single, “Filthy,” which was accompanied with a trippy light show. He then sang “Rock Your Body” ― the classic he sang with Janet Jackson at the 2004 Super Bowl. Timberlake didn’t bring Jackson out to sing, despite rumors that she might join him on stage. 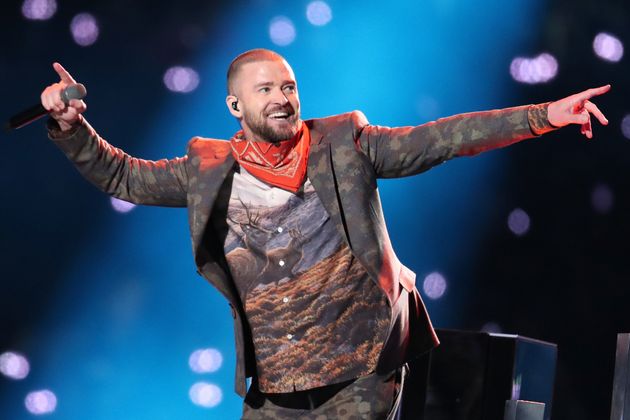 Timberlake then got the crowd riled with “SexyBack” and “My Love.” He later played “Cry Me A River” before he and his dancers broke it down on the field. He also sang “Suit and Tie” while accompanied by a band, before playing “Until the End of Time” on the piano.

Timberlake then dedicated a song to Minneapolis, playing “I Would Die 4 U” while a projection of Prince played ― not quite the rumored hologram that caused trouble prior to the show.

Many were still upset with the Prince tribute, given that Timberlake and the late singer had a contentious history.Timberlake mocked Prince’s short stature at the 2007 Golden Globes, and later dissed him on the song “Give It to Me.”

After the Prince tribute, Timberlake sang “Mirrors” while fans and background singers flashed mirrors around the stage, before eventually ending on “Can’t Stop The Feeling.”

Timberlake is the only person to perform at the halftime show three times. During his infamous 2004 Super Bowl performance, the singer, who was a few years into his solo career at the time, joined Janet Jackson onstage to perform “Rock Your Body.”

After singing the lyrics “I bet I’ll have you naked by the end of this song,” he ripped off Jackson’s corset and her bra as well, exposing Jackson’s bare breast to over 90 million people in a moment later remembered as “nipplegate.” 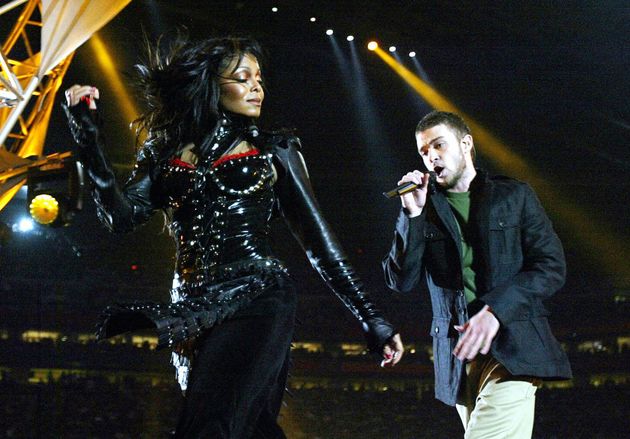 Jackson and Timberlake both reportedly agreed on the final costume reveal, though removing her bra was accidental. However, Timberlake escaped the episode unscathed and went on to have a successful solo career. Jackson’s career suffered after MTV said the star “engineered” the event, and she was reportedly blackballed from major TV networks and the Grammys.

Many hoped Timberlake would bring Jackson back to the stage on Sunday, especially since even he admits he only got a small percentage of the blame for nipplegate. Jackson denied they were reuniting in messages on her social media accounts posted the day before the Super Bowl.

“To put to rest any speculation or rumors as to whether I will be performing at the Super Bowl tomorrow; I will not,” she said. “Thank you for your support and I do look forward to seeing you all very soon.”

CORRECTION: A previous version of this story indicated that Janet Jackson joined Justin Timberlake for his 2004 Super Bowl halftime performance. In fact, Jackson was the headliner and Timberlake joined her for a song.