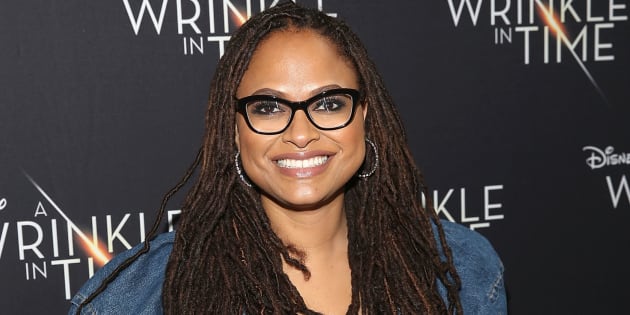 If you've seen the trailer for "A Wrinkle In Time," you know the story is nothing short of magical. But what's more is that the film, which opens March 9, works in subtle ways to empower young girls.

In a recent interview with NBC News, director Ava DuVernay revealed how she hopes the book-to-movie adaptation will inspire the next generation.

"I just want them to see — black girls, little girls of all colours — to see themselves as the hero," she said. "In this film, Meg is the leader of her crew. She's got her little brother Charles Wallace who's in her ear, she's got her friend Calvin who's in her ear, but they're in her ear because they're all asking her, 'Meg, what do we do?'"

DuVernay emphasized that it's not just the fact that Meg is the leader that is empowering to see, but it is the portrayal of a young white boy following a girl that makes the message all the more meaningful.

"[Meg] says, 'Do you trust me?' in the movie. And [Calvin] says, 'Yeah, I trust you.' And he follows her," the director explained. "And this is a little white boy. That's a powerful image — for white boys to see that and be like, 'Yeah I can trust her.'

"These are big issues that we put in a small, kid-like manner in the film, but hopefully they plant seeds with this generation."

Kids learn a lot from film and TV, which is why representation is so important and why the empowering message in "A Wrinkle in Time" is so vital for children today.

According to a 2017 report by Common Sense Media, being exposed to gender stereotypes in the media as a child reinforces societal expectations of what it means to be a boy and a girl. Kids then start to associate specific traits with each gender (ie. boys are strong and girls are pretty) and in the long run, this can ultimately affect their "career choices, self-worth, relationships, and ability to achieve their full potential," the report found.

Although there was a decrease in the number of female protagonists in films from 2016 to 2017, according to a study by San Diego's Center for the Study of Women in Television and Film, there were still a number of notable movies that challenged gender stereotypes in a powerful way last year.

"Star Wars: The Last Jedi," "Beauty and the Beast," and "Wonder Woman" were the top three box office hits in 2017 and they all featured strong, female characters.

It's nice to know that Hollywood is moving in the right direction.

Suggest a correction
More:
A Wrinkle In TimeAva DuVernay a wrinkle in timegender stereotypeslifestyleParents
Trending

Labour Shadow Cabinet Reshuffle: Who's In And Who's Out?