Ian Fleming's first James Bond novel, Casino Royale, was published in 1953, and since then we've followed the exploits of the spy with the license to kill from country to country and woman to woman for more than five decades. You may only live twice, but Bond seems like he may just live forever. As James Bond movies often have a Thanksgiving season release and are watched among families together around the holiday, this seemed like a good time to share some trivia about the world's greatest spy.

Here are 8 things about James Bond you didn't (Dr.) know:

1. Ian Fleming named James Bond after an ornithologist because it was the "dullest name" he'd ever heard. 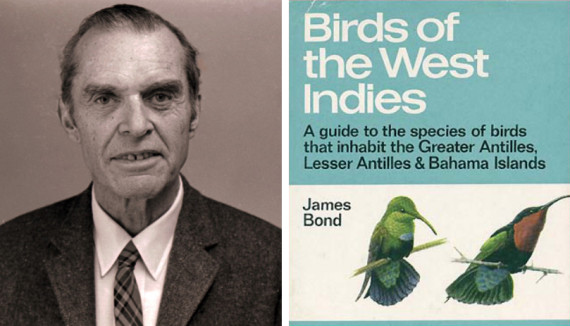 Fleming spoke to The New Yorker and explained:

When I wrote the first one, in 1953. I wanted Bond to be an extremely dull, uninteresting man to whom things happened ... One of the bibles of my youth was Birds of the West Indies, by James Bond, a well-known ornithologist, and when I was casting about for a name for my protagonist I thought, My God, that’s the dullest name I’ve ever heard, so I appropriated it. Now the dullest name in the world has become an exciting one. Mrs. Bond once wrote me a letter thanking me for using it.

According to the New York Times obituary of the ornithologist, Fleming once wrote to Bond and his wife saying, "I can only offer you or James Bond unlimited use of the name Ian Fleming for any purposes you may think fit." The Bonds were apparently amused by the whole ordeal.

The actual character of Bond is based off a handful of different people, including Fleming himself, as he was a spy during World War II for the British Naval Intelligence.

Before the release of "Skyfall," the James Bond character had killed 354 people with the "license to kill." Apparently 49 people died in "Skyfall," but it is unclear how many are attributed to Daniel Craig's Bond.

In any case, Pierce Brosnan averaged 33.8 kills per movie while reaching his 135-kill total. "You Only Live Twice," which starred Sean Connery as Bond, was the deadliest film overall, with a death count of 196.

On the other spectrum, James Bond has apparently slept with 55 women over the course of all the movies, although since the films don't tend to show all the sex scenes, a few of those partners are speculative. 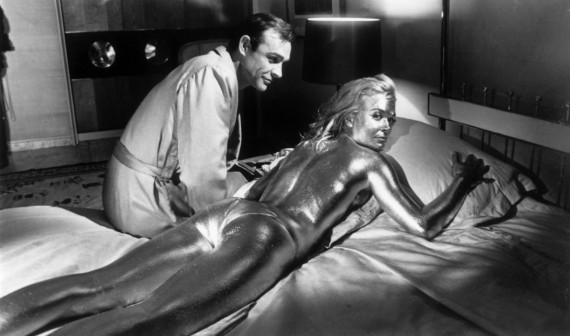 Ian Fleming was initially apprehensive about Sean Connery's casting, as Connery didn't fit the character he had in mind (more on that further down). "He's not what I envisioned of James Bond looks," he said "I'm looking for Commander Bond and not an overgrown stunt man."

However, after seeing Connery in "Dr. No" and thinking the actor did a superb job, Fleming wrote Connery's heritage into the character. In the book You Only Live Twice, Fleming wrote that James Bond's father was Scottish and was from the town of Glencoe. Coincidentally, Connery would film "Highlander" in Glencoe decades later.

4. The iconic theme song is based off a song about sneezing from a failed musical.

Composer Monty Norman sings, "I was born with this unlucky sneeze, and what is worse, I came into the world the wrong way round. Pundits all agree that I am the reason why my father fell into the village pond and drowned."

As time moved on, many people suggested I record the progenitor of the signature theme first heard in Dr No. So, with musical cuts of the middle production area, and with the help of Mehboob Nadim's evocative sitar and Pandit Dimesh's terrific tabla rhythms the embryonic melodies of the James Bond Theme, for the first time in nearly forty-five years, can be heard in their original form.

5. The character of "Q" in the movies is based off a pistol expert who wrote Ian Fleming fan letters.

The character "Q" was originally the name of a whole equipment branch in Ian Fleming's James Bond novels, but Geoffrey Boothroyd was introduced in "Dr. No" after a fan with the same name wrote to Fleming kindly criticizing Bond's weapon choices. Boothroyd wrote to Fleming:

I have, by now, got rather fond of Mr. James Bond. I like most of the things about him, with the exception of his rather deplorable taste in firearms. In particular, I dislike a man who comes into contact with all sorts of formidable people using a .25 Beretta. This sort of gun is really a lady's gun, and not a really nice lady at that. If Mr. Bond has to use a light gun he would be better off with a .22 rim fire; the lead bullet would cause more shocking effect than the jacketed type of the .25.

May I suggest that Mr. Bond be armed with a revolver?

In "Dr. No," Boothroyd tells Bond that his previously used Beretta 418 pistol was for ladies and gave him the iconic Walther PPK.

6. Roald Dahl wrote the screenplay for "You Only Live Twice."

The producers Harry Saltzman and Albert "Cubby" Broccoli approached Roald Dahl in 1966 to write the screenplay for "You Only Live Twice," which would be released in 1967.

Dahl is, of course, the famous children's author of books such as James and the Giant Peach, Charlie and the Chocolate Factory, Matilda, Fantastic Mr. Fox and The BFG.

7. Clint Eastwood turned down James Bond because he felt the role shouldn't be played by an American, but the first Bond on film was actually from the U.S. and was called "Jimmy Bond."

Clint Eastwood explained to Hero Complex in 2010 a time his lawyer approached him and said the Bond producers wanted him for the role:

I was also offered pretty good money to do James Bond if I would take on the role. This was after Sean Connery left. My lawyer represented the Broccolis [producers] and he came and said, "They would love to have you." But to me, well, that was somebody else’s gig. That’s Sean’s deal. It didn’t feel right for me to be doing it.

According to a quote on The Daily Express, Eastwood also turned down the role because he felt James Bond shouldn't be played by an American. However, in the actual first James Bond appearance on film -- a 1954 television adaptation of Casino Royale -- the character was played by American actor Barry Nelson. This Bond is referred to as "Jimmy Bond" in the show, which certainly is more American-sounding than James. Apparently, Burt Reynolds also turned down the role for a similar reason.

Jacqueline Kennedy probably was the person who gave John F. Kennedy his first James Bond book, and he was hooked from then on. At one point, President Kennedy said that From Russia With Love was one of his 10 favorite books. The film adaptation of that book is said to have been the last movie Kennedy saw in the White House before his 1963 trip to Dallas, where he was assassinated.

The documentary "Everything or Nothing" quotes Kennedy as saying "I wish I had had James Bond on my staff" when the Cuban Missile Crisis was coinciding with the release of "Dr. No."

Fleming was invited to a White House dinner and gave Kennedy a bizarre suggestion about how to defeat Fidel Castro. The Bond author apparently suggested that American doctors announce beards can attract radioactivity and cause sterility. Castro would then shave his beard and lose his power once his followers saw him as a regular person.

BONUS: This is probably the person on whom Ian Fleming based James Bond's appearance. 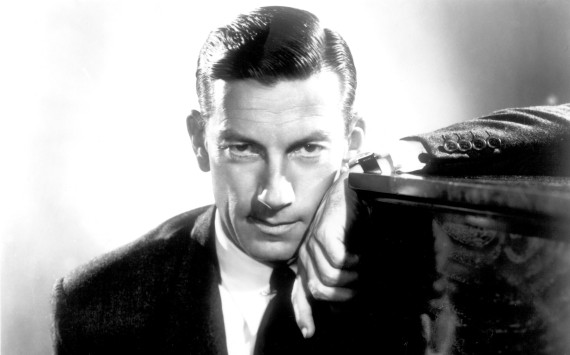 This is a bit speculative, but according to the books, Ian Fleming thought James Bond looked like American singer Hoagy Carmichael, but with darker qualities.

Before an explosion cuts off her dialogue in Casino Royale, the character Vesper Lynd says, "He is very good-looking. He reminds me rather of Hoagy Carmichael, but there is something cold and ruthless in his …’"

Later in Moonraker, the character Gala Brand says, "Rather like Hoagy Carmichael in a way. That black hair falling down over the right eyebrow. Much the same bones. But there was something a bit cruel in the mouth, and the eyes were cold."

And if you're curious what James Bond smelled like, in Diamonds Are Forever, the character Tiffany Case describes his "masculine aroma" as "slightly salty," with "oakmoss and some currant berries and just a hint of jasmine."

All images Getty unless otherwise noted.

CORRECTION: A previous version of this piece stated that Ian Fleming gave an interview to the New Yorker in 2012; the interview occurred in 1962.