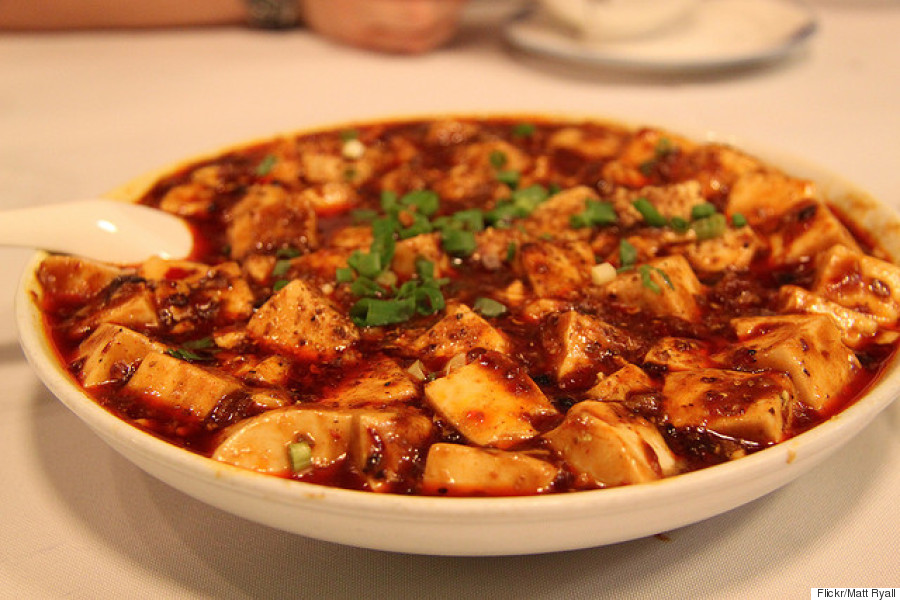 Large cubes of impossibly soft tofu rest atop ground pork in a fiery red, oily sauce, garnished with a spoonful of thinly sliced scallions. The bold colors in the bowl and the spicy aroma of Sichuan peppercorn tantalize your senses before you reach down and take a spoonful of what will be one of the tastiest foods you'll ever eat. It's mapo tofu, one of China's best-known dishes and one you ought to know by now.

Mapo tofu is a classic Sichuan dish that can be found all over the world today. Made with tofu, ground pork or beef, garlic, ginger and a host of other fragrant ingredients, most notably Sichuan peppercorns, it's complex and layered. It's the type of dish that will keep you thinking long after the meal is complete, making it a perfect hallmark of Sichuan cuisine.

Sichuan food lingers on the senses. It permeates the stomach and mind and doesn't let go easily. The mouth-tingling heat literally lasts, while the intensity and depth of the flavors continue to sink in over time. Perhaps it's this immediate blast of sensation followed by an enduring presence that accounts in part for Sichuan cuisine's increasing popularity across the U.S. in recent years. The Huffington Post spoke with distinguished cook and food-writer Fuchsia Dunlop, an expert on Sichuan food, to find out more about this regional Chinese cuisine's incredible rise to fame.

Dunlop is a James Beard Award-winning author whose books included, "Every Grain of Rice: Simple Chinese Home Cooking," "Shark’s Fin and Sichuan Pepper: A Sweet-Sour Memoir of Eating in China," and two critically-acclaimed Chinese cookbooks. Raised in England, she was the first foreign student to train at the Sichuan Institute of Higher Cuisine in Chengdu, Sichuan, China. She's an expert on Chinese food and Sichuan cooking and her passion for the cuisine is immediately clear. Indeed, her unique perspective and the insight she's brought to the world through her brilliant writing is part of the very reason Sichuan cuisine has become so well-known outside of China. 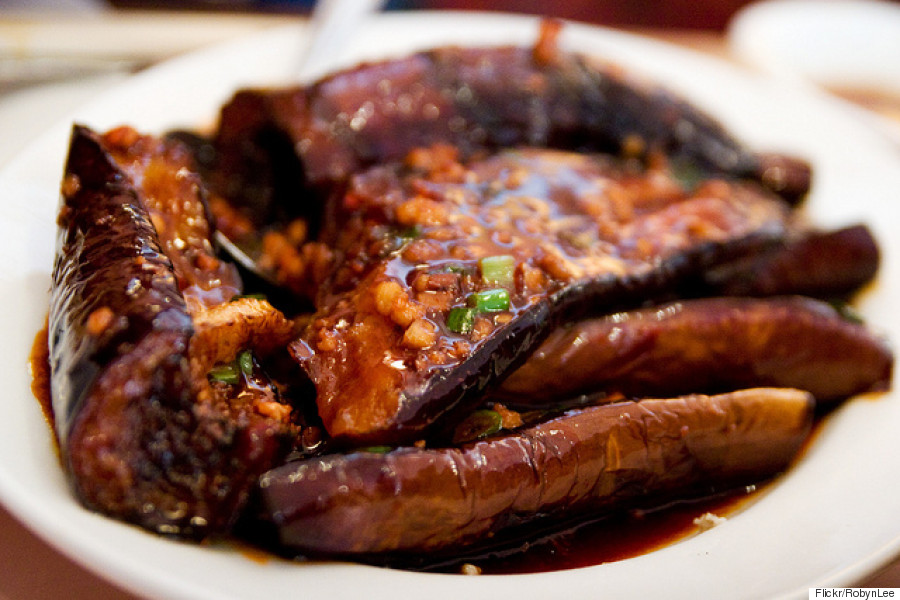 Dunlop explained that Sichuan cuisine, which comes from Sichuan Province in southwestern China, became popular in other parts of the country in the late 1990s. Chain restaurants started opening up and became trendy spots for a fun night out. This popularity is one key to the cuisine's expansion outside China, Dunlop said. It's not just people from Sichuan Province cooking the food, but people across China. Cantonese food -- tailored to American tastes -- may have become the dominant style of Chinese food in the United States due to immigration patterns. But the recent rise of Sichuan food in the U.S. isn't only a result of more immigration from Sichuan Province. It's partly a result of more immigration from China as a whole.

Sichuan cuisine's popularity across China doesn't just illustrate that more people are cooking and exporting the food. It also proves that the cuisine translates well to people outside of Sichuan Province, and that it is easily reproduced.

One of the characteristics that draws people into the food is the heat. When people think about Sichuan food, the first word that typically comes to mind is "spicy." Spice is definitely a key characteristic, but there's a lot more to it.

"While it's certainly true that chilies -- fresh, dried and pickled, are extremely important in the local food -- Sichuanese cuisine is about so much more than just fieriness. What really makes Sichuanese cuisine stand out is its stunning variety of flavors. They say yi cai yi ge, bai cai bai wei: 'Each dish has its own style, a hundred dishes have a hundred different flavors,'" Dunlop told Serious Eats.

While Sichuan peppercorn is notorious, it's the combination of the pepper with dried chilies that makes up one of the Sichuan cuisine's signature flavor profiles: Ma la wei, the mouth numbing heat everyone associates with the cuisine. Other signature flavors include the "fish fragrant" flavor, yu xiang wei, which actually contains no fish at all but is supposed to recall the sensation of eating seafood. It's made with pickled chillies, ginger, scallions, garlic, vinegar and soy sauce to name a few. There's also the scorched chili flavor, made with dried, fried chilies; the spicy sesame flavor and the "mouthwatering flavor," made with red chili oil and meant for cold dishes. It's these flavor combinations that really define Sichuan food.

It's also these flavor profiles that help the cuisine travel well. You don't need one particular ingredient to recreate the flavors, Dunlop told us. That's part of the beauty of the cuisine: Although Sichuan food has an unquestionable identity, it can be realized with many ingredients and in many ways. 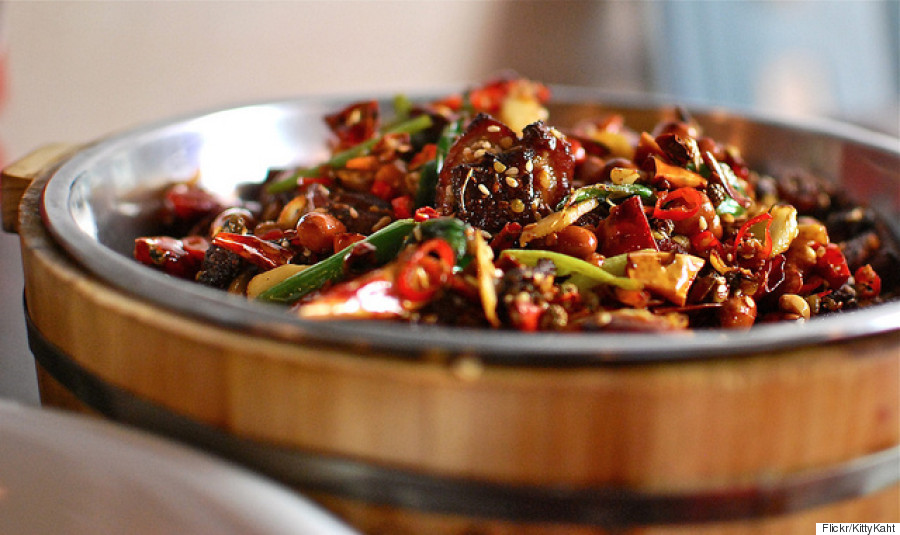 As Sichuan cuisine started traveling outside of its province, restaurants started opening up in the United States too, in cities such as New York, LA and Philadelphia. Somewhere between the late '90s and present day, Americans' palates got ready for the new flavors this culinary tradition has to offer. Americans are more curious now than they used to be, Dunlop pointed out, and they're also "so much more cosmopolitan and globalized." Saturated in a 24/7 food culture, they're more knowledgable but also yearning for something new. Enter Sichuan food.

Today, heat and umami are king. You don't need to look any further than the stardom of sriracha to see that Americans are craving these flavors. Dunlop pointed out the prominence of other foods like kimchi and even barbecue sauce, and said that "for the jaded cosmopolitan palate," Sichuan food hits all the popular flavors but does so in a new, exciting way.

The heat and umami qualities aren't the only defining characteristics of Sichuan cuisine that happens to align well with American food preferences. Its humble quality appeals too. Comfort and informality are two of the leading trends in American dining today. White tablecloths and extravagant tasting menus have been out for a while; people are craving more casual experiences and more homey cooking. Sichuan cuisine fits in perfectly here.

"Traditionally in China [Sichuan food] is not seen as a grand cuisine," Dunlop explained. It's a "hearty folk cuisine -- not using expensive things like shark fin and sea cucumber." That's one of the wonderful things about it, Dunlop said. Simple ingredients like eggplant and tofu "become brazenly delicious."

Indeed, one of Dunlops favorite dishes and one that she recommends Sichuan food novices try first is one made with these simple ingredients. It's mapo tofu of course. If you think tofu is nothing but a boring health food, one bite of this complex dish will have you thinking otherwise. Legendary food writer Mimi Sheraton calls this dish "one of [her] favorite comfort foods." The tofu dish hits on all the right notes -- humble, spicy, new and exciting: everything that Americans are looking for right now.

Ultimately the rise of Sichuan cuisine in the U.S. was a perfect storm of exports or imports. Just as the cuisine was starting to mobilize, Americans were ready for Sichuan flavors and the overall style of the food. Helping matters was the fact that the critical characteristics of the food -- the complex flavor profiles -- could be recreated in many ways. And of course, we also have Dunlop to thank.