This post is part of Stress-Less Parenting Club's latest workshop."Scary Mommy" Jill Smokler is offering her advice on cutting ourselves some slack, and getting over the notion of perfect parenting.

The kids didn't eat a vegetable all day.

They forgot to brush their teeth before bed.

They watched more TV than the doctor recommended.

The floors haven’t been mopped in a month.

The laundry is overflowing and you haven’t seen the bottom of the basket since you bought it.

Your 4-year-old dressed herself… and not well.

You ate two bowls of cereal for dinner, again.

Who cares? Let me guess, you do. Well, stop. That’s an order.

Your children’s normally well balanced diet won’t be shot to hell because they had a single day of nothing but chicken nuggets and chocolate milk. TV won’t really turn their brains to mush if they watch too much once in a while, and nobody but your nosy neighbor will give a damn how clean your floors are. Those little things that we let ourselves get so stressed out about? Turns out they just aren't worth it.

Several years ago, my children accidentally fell asleep while wearing their school clothes, their teeth still unbrushed and faces unwashed. While thrilled that I escaped the torturous bedtime routine of story after story and twenty minute good-nights, the guilt that consumed me was palpable: Good mothers didn't let their children sleep in dirty clothes! That was just wrong. And what about their teeth? Their poor, sweet baby teeth would soon be infested with cavities. And their faces! Without being washed, what would they look like come morning?

But the kids slept straight through the night and woke up the next day, to my surprise, just fine. Their teeth hadn't suffered horribly from the one missed brushing and all I really had to show for the night was one fewer outfit to clean. Who invented pajamas, anyway? Clearly not a mother of three with too much laundry on her hands. The next week, the kids overslept. "GET UPPPPPP." I hollered at the top of my lungs. "We’re going to be late!!!" I ran around like a crazed lunatic, finally coming to the realization that a dreaded late pass wouldn't really be the end of the world. I gave up on dragging them out of bed, made myself a cup of coffee and turned on the TV to actually watch the news for a change. The kids ended up arising on their own a few minutes later and getting themselves dressed. I lazily made lunches and we were off to school, accepting that the carpool would long be closed by the time our minivan crawled up. But something funny happened… it wasn't closed. We weren't late at all, pulling up just as the line was dying down. And even if we had been late, it really wouldn’t have been the end of the world. Not even a little.

This week’s challenge: Let something go. Something that normally would stress you out or drive you crazy, just LET IT GO, and report back on how you survived. It’s not an easy one, I know, but it’s worth it. There are too many big stresses to waste any time at all on the ones that just don’t matter!

Tell us what you're letting go in the comments -- or tweet to us @HuffPostParents with hashtag #stresslessparenting. 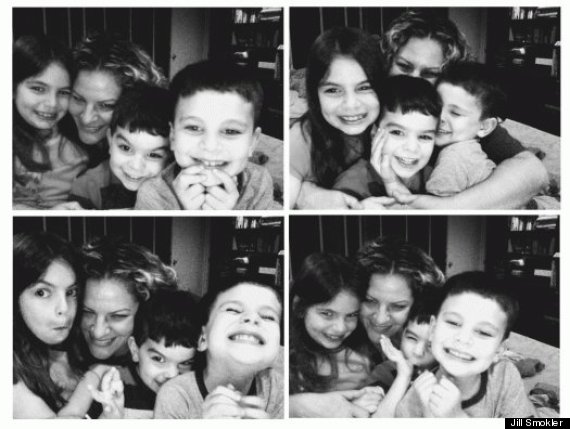 Haven't joined our Stress-Less Parenting Club yet? Go to the purple box on the right side of this page to sign up and receive our weekly newsletter.

30 Too-Real Tweets About Having A Sister