One million babies die on the first day of their lives every year, Save the Children has warned.

But more than half of these deaths could be prevented if every woman and baby had access to expert health care workers, the charity said.

It said that it is "criminal" that so many of the deaths could be averted.

Premature birth and complications during childbirth, such as prolonged labour, pre-eclampsia and infection, are leading to the large number of babies who die within a day of birth.

A new Save the Children report, Ending Newborn Deaths, also states that 1.2 million babies are stillborn each year.

The report calls on leaders from around the world to help end preventable newborn mortality.

More must be done to ensure there are enough skilled health workers to make sure that no baby is born without adequate help, it says.

"The first day of a child's life is the most dangerous and too many mothers give birth alone on the floor of their home or in the bush without any life-saving help," said Justin Forsyth, chief executive of Save the Children.

"We hear horror stories of mothers walking for hours during labour to find trained help, all too often ending in tragedy.

"It's criminal that many of these deaths could be averted simply if there was someone on hand to make sure the birth took place safely and who knew what to do in a crisis.

"These new statistics reveal - for the first time ever - the true scale of the newborn crisis. The solutions are well known but need greater political will to give babies a fighting chance of reaching their second day of life. Without targeted action now, progress made in cutting child mortality through vaccines and tackling malnutrition will stall."

Neal Long, chief executive of stillbirth and neonatal death charity Sands, said: "In the UK mothers-to-be have structured antenatal care and practically all births are attended by trained medical staff. We practise evidence-based healthcare. Yet in spite of this, babies continue to die every day.

"Some deaths happen because of avoidable mistakes. Some happen because we don't yet know the best ways of identifying a baby in trouble. Better care for all mothers, in the UK and globally, will help to save babies' lives."

Save the Children are launching a major campaign, to ensure that every baby is born with the support of a trained and equipped midwife. 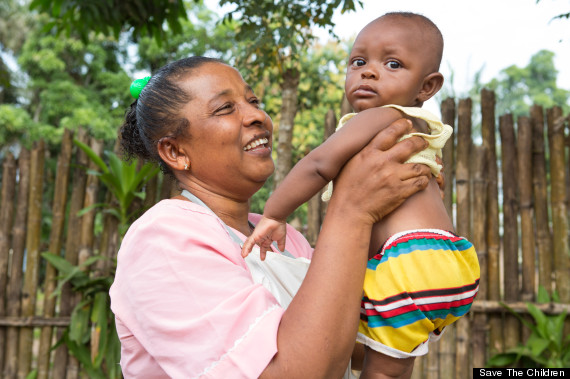 Elsie has been a midwife for 20 years and thinks she has delivered over 5,000 babies. She has had many difficult deliveries - one in particular was a manual manoeuvre as the cervix was closed due to oxytoxin of the placenta, so she had to give the mother an injection.

The drug isn’t readily available but luckily she had some and she saved the baby’s life. Last year, she was attending a difficult and delayed labour and as a result, the baby was distressed inside the womb.

After delivery, the baby was not breathing so Elsie had to resuscitate the baby and give cardiac massage for 30 minutes. She kept checking the baby’s heartbeat with a stethoscope. Luckily the baby survived. She was sure the baby would die.

Elsie works in a catchment area for 6,252 people. She is one of only two midwives working at the post. Elsie says the biggest challenge she faces is lack of drugs, staff and equipment. There are no lights in the maternity room, so Elsie has to use torchlight at night time whilst delivering babies. She only has one set of scissors, so for women suffering with HIV, she has to use disposable razor blades, and there also aren't enough forceps.

Sierra Leone is in the bottom rankings of the Human Development Index, with high maternal and child mortality rates. It is often described as one of the worst places in the world to give birth or to be born. The Free Healthcare Initiative (FHCI) was introduced in 2010 for all pregnant women, lactating mothers and children under five, but while mothers no longer have to worry about the cost of giving birth , access to healthcare facilities and vital medical supplies remains a challenge especially in rural areas.