Hannah Smith was bombarded with vile messages telling her to kill herself. Posts on the website Ask.fm told her to drink bleach, that she was a slut, and encouraged her to take her own life. Last summer, she was found hanged in her room.

But the messages were not from internet trolls - 98% of the messages had come from the same IP address as Hannah’s, with about four posts that had not.

This week, investigating officers told an inquest that there was no evidence of cyberbullying from elsewhere.

Sites like Formspring (pictured) and Ask.fm have been identified as places where teens may cyber self-harm

The tragic case that had sparked a call for Ask.fm's owners to be prosecuted for manslaughter, and hundreds of op-eds on the horrors of teen torment online, now drew rather different questions. Why would someone post such vitriol, about themselves?

It is a new phenomenon that psychiatrists are beginning to notice, perhaps a millennial form of writing a diary or poetry to express anxiety or distress, or a red light to friends and family that something is wrong. Now, by posting the distress online, the self-hatred has an audience.

"It would be extremely difficult to get anyone to disclose it. If anything, the shame of being found out could be worse than the pain felt by the self-bullying," he added.

The Massachusetts Aggression Reduction Centre found that around 15% of 18-year-olds surveyed in both 2012 and 2013 had ''falsely posted a cruel remark against themselves, or cyberbullied themselves, during high school''. Among kids who do admit to bullying others, the rate jumps to 32%.

"I would expect the real number to be far higher, I was even surprised how many admitted doing it in this study," says Professor Elizabeth Englander, the author of the study. "I have heard anecdotally that the numbers of children doing this in elementary school is even higher than the older teens." 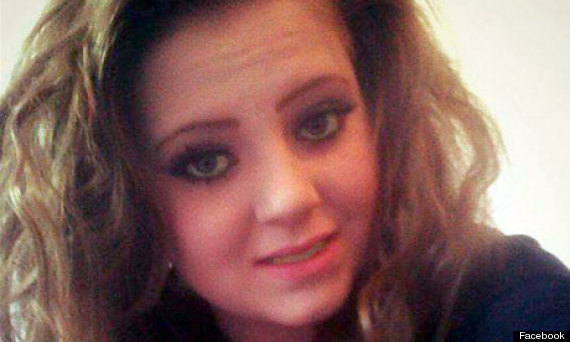 Hannah Smith was described as an "intelligent, bright, clever and bubbly" girl. She was found hanged by her sister last summer, and her family believed her to be the victim of an intense and vicious hate campaign on the site Ask.fm.

Her family called on the owners of the site to be charged with manslaughter and a social media campaign got advertisers to pull adverts from the site. Ask.fm's Latvian founders said they would name the anonymous trolls who targeted Hannah. But after a few days investigation, they found 98% of the hateful messages were posted by the teen herself.

Police scrutiny of her laptop and IP addresses revealed the same evidence, that Hannah had been posting the messages. The teen had been a target for bullies offline, having her eczema mocked and her coat glued to a chair.

Of the kids who self-cyberbully, about 60% appear to do it repeatedly, Englander said. Around 26% reported just trying it once, and those who did so reported higher levels of depression and anxiety, and had less popularity at school or college.

Scott Freeman, founder of the Cybersmile Foundation, agrees that the Hannah Smith case had drawn attention to something that was relatively unknown, but more widespread than had been thought.

"In a way, it's just like reading your child's journal. It's a way of identifying their particular distress and anxiety These kids live their whole lives online, it's natural that's where they should put their feelings," he told HuffPost.

"You can profile a child and their life and their particular worries from what they ask people on these sites, and the replies they write back to themselves. Just like you might be able to interpret that from a child's diary."

Rachel Welch, director of selfharm.co.uk, said few sufferers would admit to trolling themselves online. "There's been a real awareness campaign around self-harm when it's physical harm. I think teens recognise when they begin cutting or hurting themselves, or even might feel more comfortable speaking about it to people.

"With cyber self-harm, it's much more unknown, it isn't something that's easy for kids to come forward to admit they are having problems with."

One of the few teens that did come forward to selfharm.co.uk was 15-year-old Ellie Thomas (not her real name). Only when she had to begin abusing her own friends who were coming forward to defend her from the "trolls", did she realise she had a serious problem and sought help.

Teens who repeatedly troll themselves reported higher levels of problems with drugs and having more friends, the Massachusetts researchers found. The majority reported that the self-trolling did not do work to get them more attention, and that it made them feel even worse about themselves.

Ask.fm and Formspring, the sites which have come under the most pressure to deal with cyberbullying, are also the two places which researchers have identified as the place where teens may "cyber self-harm." The format enables it, users can post questions about themselves for others to answer anonymously, and then reply to their own questions with malicious answers.

Formspring was one of the first websites to notice the phenomenon after a complaint came to them from a victim of cyberbullying. Looking at the messages, they realised the victim had been trolling themselves.

"It had probably been going on sometime before adults noticed it was happening," Englander said. "It is certainly a new area for research, but we do not know how long this has been going on."

Dr Emma Short, co-director at National Centre for Cyberstalking Research, also named Tumblr as the place teens can express self-hatred online. "I was astonished the first time I typed the word 'hate' into Tumblr, I expected to see a lot of hateful comments about other people.

"Actually the vast majority was users saying they hated themselves. And it's a way of perhaps seeking approval for those feelings."

A CRY FOR HELP

Englander does not believe that teens who cyberbully themselves do it solely as an outlet for depression and self-hatred, but as an "attempt to engage their peers".

"Often once they have posted the stuff online, they will print it out and show it to other people, to get a response. It's not just a pressure valve, because if it was, then we would expect it to happen less often. it's normal and human to want to feel people care about your well-being, to engage with you, and this is just a way of seeking that, in a very dysfunctional way."

Not only is a person's "self-trolling" a way of unleashing self-hatred and anxiety, it also tests the responses of others. Do they join in, or do they challenge and comfort? 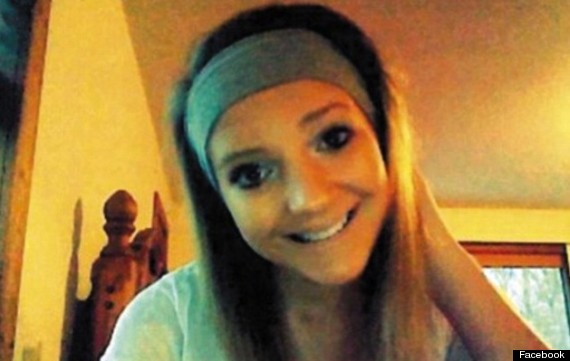 The 13-year-old high-schooler from Minnesota had been the victim of months of bullying when she took her own life, her family said. Girls had scrawled "slut" on her locker and glued her books with chewing gum.

Rachel had also been sent threatening texts to her internet messaging system on the iPod, calling her a slut.

But her father Rick told a local TV station he believed Rachel sent the message herself, as a cry for help, a desperate attempt to get kicked out of school and avoid the bullies.

Officers in Kasson, Minnesota investigating the suicide decided not to charge any of the bullies involved, but her father said he was still angry at the response by the school to the bullying that drove Rachel's actions.

Principal Researcher at Microsoft Research Danah Boyd, one of the few academics who has researched the phenomena of "self-trolling", says it's something parents need to bear in mind when dealing with teens experiencing cyberbullying.

"It’s really important to highlight that digital self-harm is probably not the explanation behind the majority of negative anonymous comments out there, but the fact that it exists at all should be a warning to us all – and especially to parents who are trying to address bullying in their households," she wrote in a blog post.

Boyd has identified three key reasons why teenagers especially may want to "self-harm" online. First being a "cry for help" from parents and friends, second being wanting to "look cool", to be someone who is popular enough to attract a lot of jealous "haters", and lastly as a way to trigger compliments, so friends can "jump in to say nice things in response to the negative commentary".

"Whatever the case, children and teens are doing this for a reason, to get a reaction, to portray a certain image of themselves as someone who can handle bullies. It's not just destructive. We all do things to soothe ourselves.

If nothing else, the tragic case of Hannah Smith has shown that it is dangerous to pin the reasons for a person's suicide on one specific cause. "There is often an accumulation of multiple stressors," Englander said.

"They may not even be visible to others, she may seem a well-behaved child, not causing any issues, but they could be suffering a very serious depression. There is a problem with labelling a suicide as down to one reason."

"This generation is the most at risk of the negative effects of the internet ages, which we really haven't worked out how to deal with," Dr Short added. "The next generation, who are teenagers now, will be future policymakers. Our generation doesn't know how to stop it."

The teenager, whose name has been changed, would tell her parents she was going upstairs to work on her homework after dinner. But Ellie spent hours on Ask.Fm in the character of "Staceey". She would post questions on the site, as herself, to get anonymous answers.

One of the questions was “What is the best thing about me?”

"Nothing. You are nothing," Staceey would reply.

Ellie, who confided in selfharm.co.uk, said she set up multiple profiles across several different social media platform to send abusive messages to herself.

"On the screen it was my mum or my best friend. The posts would say I was ugly, I was useless, I wasn’t loved… all the stuff in my head. If I saw it in black and white coming from ‘other people’ I knew it must be true. But it was exhausting to keep up with."

Friends would join in the threads to try and defend her. "I ended up posting nasty messages to them too," she admitted. "It was killing me seeing them get so angry on my behalf, and it was then that I knew I had to stop. It wasn’t about hurting other people, it was about hurting myself."

10 'Harmless' Nighttime Habits That Are Secretly Ruining Your Sleep