A victim of the Manchester bombing was a self-confessed Coronation Street superfan who captured the nation’s hearts last year for a touching act of love for his mother.

Martyn Hett, from Stockport, died after being caught up in the blast at an Ariana Grande concert in the Manchester Arena concert venue.

His friends and family had been desperately searching for the 29-year-old who was unaccounted for after the attack, which left 22 dead and 59 injured. 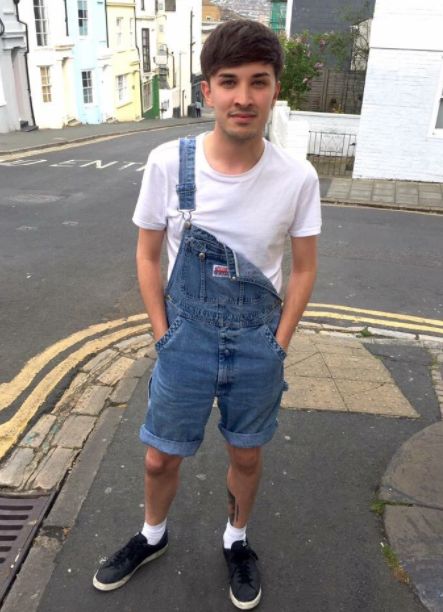 But his brother, Dan, confirmed in a tweet on Wednesday morning that he had been killed.

they found my brother last night. we are heartbroken.

Russell Hayward, who described Hett as his “soulmate”, paid tribute to him on Twitter, describing him as “iconic and beautiful”.

Soulmate doesn't even come close. Come back to us Martyn so we can watch last nights Corrie together 💔 pic.twitter.com/cXbehUgoxc

Tributes were also paid on social media to the young PR manager...

RIP @martynhett. Everything you can read about him shows he was a really loved and special guy. What a horrible loss to Stockport.

Thanks for everyone's help and support. I will love him forever. pic.twitter.com/GVYHuLPpxi

Martyn Hett made people he didn't even know smile every single day. Devastated at the news, and heartbroken for his friends and family.

Martyn Hett you did not waste a day of your 29 years with us. You will be so sorely missed. An icon 💞

His name began trending on Twitter after the announcement:

he would, I think it's safe to say, be fucking loving this. pic.twitter.com/s7ffAWBTPj

Hett went viral a numbers of times over the past few years.

The touching story of how he came to the rescue when his mother’s Christmas crafts stall failed to sell anything was featured in a string of publications, including HuffPost UK.

Here’s the Twitter moment Hett himself made about the story:

The self-confessed Coronation Street superfan also charmed the nation when he a revealed a tattoo of the show’s Deirdre Barlow on Channel 4’s Tattoo Fixers.

Although I never met Martyn Hett (knew him on Twitter) one of the reasons that he made me smile was his Deirdre Barlow leg tattoo. pic.twitter.com/GMD5onVBAO

Hett’s love of Corrie also extended to his creation of “The Audrey Roberts Noise”, a compilation of the character’s “hmm!” noises. The YouTube clip has been watched hundreds of thousands of time.

Our heartfelt condolences to the family and friends of Coronation Street Superfan @martynhett♥️#WeStandTogether https://t.co/P88p593kvb

Hett also took home the much-coveted £1,000 prize after winning Come Dine With Me.

He also blogged for HuffPost UK on becoming a “Daily Mail victim”, the Sugababes and - of course - Coronation Street.

Hett had been due to take the trip of a lifetime just two days after the tragedy, to travel around the US for two months.

10 Ways Therapists Prevent Themselves From Catastrophising

Trump Has A Lot To Say About Winston Churchill's 'Beautiful Bust'