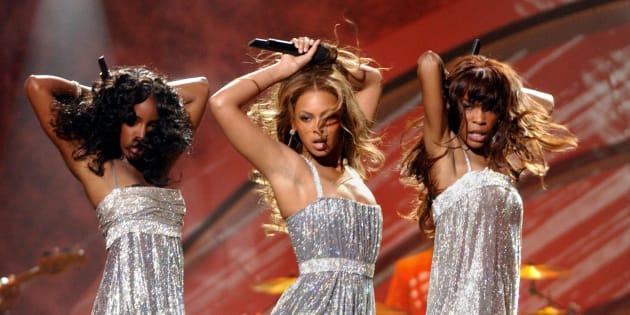 Michelle Williams suffered from depression that peaked just as Destiny's Child was at the height of fame, the singer revealed this week.

Williams, who starred in the famous R&B group with Beyoncé and Kelly Rowland, opened up about her experiences with mental illness and suicidal thoughts to CBS's "The Talk" on Wednesday.

Thank you @TheTalkCBS for being a safe place to talk about #depression#mentalhealthawareness!! Don't be afraid to reach out for help!

Depression is a mental illness that affects a person's mood, including feelings of sadness, worthlessness, hopelessness, and guiltiness, according to the Canadian Mental Health Association. About five per cent of the Canadian population aged 15 years and older meet the criteria for major depression, according to Statistics Canada.

Severe depression is associated with suicidal behaviour and suicide is the second leading cause of death among young Canadians, according to a 2017 report from Statistics Canada.

Tons of fun today on @thetalkcbs! Thank you @jaypharoah for joining us and congratulations on your new show White Famous.

Williams, 37, revealed Wednesday that she'd suffered from depression since she was a young teen, but it wasn't until she was in her 30s that she realized what to call it.

"I think at the age of 25, had I had a name to what I was feeling at the time, I would have disclosed that 'I've been suffering from depression,'" she told "The Talk."

Williams tried to confide in Destiny's Child's manager, Mathew Knowles (Beyoncé's father), but "bless his heart, he was like, 'You all just signed a multi-million dollar deal. You're about to go on tour. What do you have to be depressed about?'" she recalled.

Fans took to Twitter to support Williams for opening up.

#PoorMichelle for real, but also, kudos to her for speaking out. https://t.co/bxlfzBOZh4#MichelleWilliams

There's nothing more powerful than raw vulnerability esp when it's from self-compassion. #MichelleWilliamshttps://t.co/AkkeLoxX0D

I applaud #MichelleWilliams for being brave to talk about her depression. It will help someone save their life today. #mentalhealthhttps://t.co/ABzHVDO0Vv

After the segment aired, Williams posted a tweet encouraging anyone else who is suffering to get help.

"So many people are walking around acting like they've got it all together," Williams told "The Talk."

Labour Shadow Cabinet Reshuffle: Who's In And Who's Out?