New York Fashion Week is always outrageous, and this season was no exception.

With a robot escorting Irina Shayk out of a UFO at Philipp Plein, Flamin’ Hot Cheetos making an appearance at Chromat and oversize Carmen Sandiego silhouettes showing up at Marc Jacobs, it was hard to pick just what look or moment stood out the most — until the Kaimin show on Feb. 12.

The clothing line made headlines for showing “vagina mohawks” at its NYFW presentation. We’d try to explain it, but it’s something you have to see for yourself. 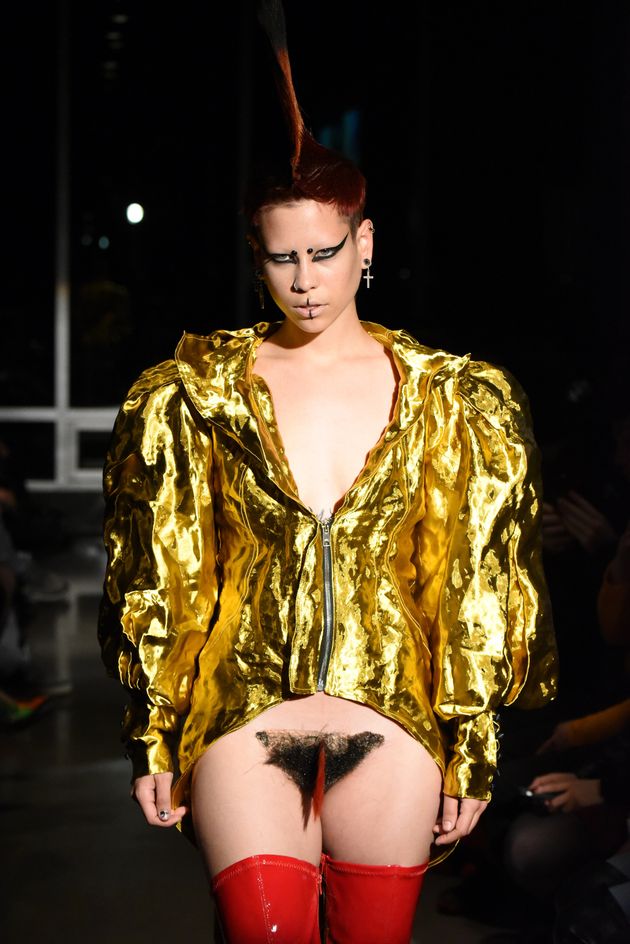 The show’s overall message was one of diversity and tolerance, which was reflected in the brand’s casting choices, according to a press release.

“All differences, even if not fully understood or agreed with, should find tolerance; all creatures deserve room under the sun,” the release said. “The main collection strives to reflect individual desire to transform and to become the best version of one’s self, ultimately being proud of one’s uniqueness.”

But the mohawks were there to represent a special statement about the vagina (the definition of which, for these purposes, includes external anatomy) in particular.

“Kaimin chose to represent diversity, uniqueness, and acceptance of individuality with the life-giving human vagina — which was alluded to in the artistic videos projected during the show and was emphasized by the mohawk on the runway,” the release read. 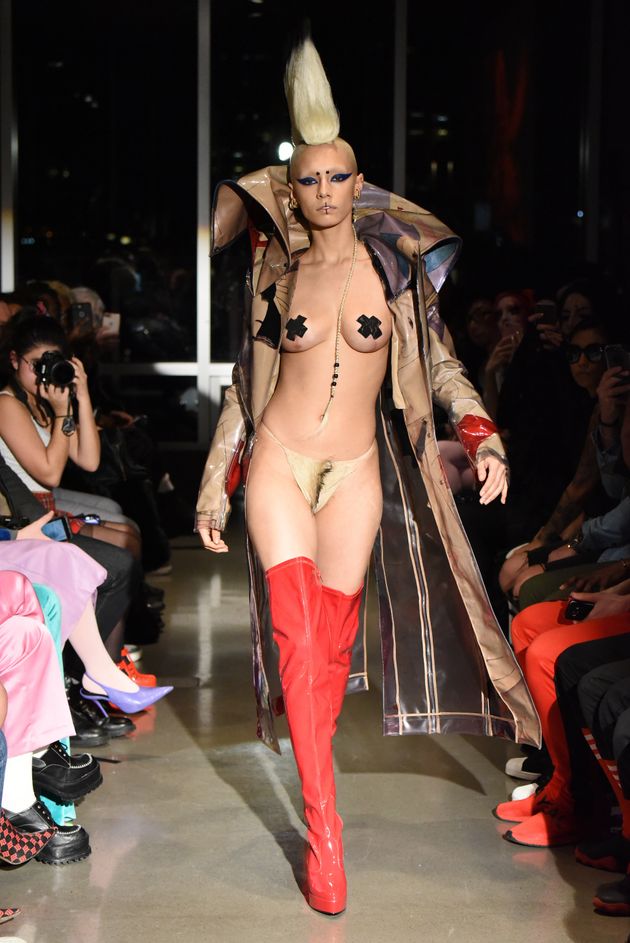 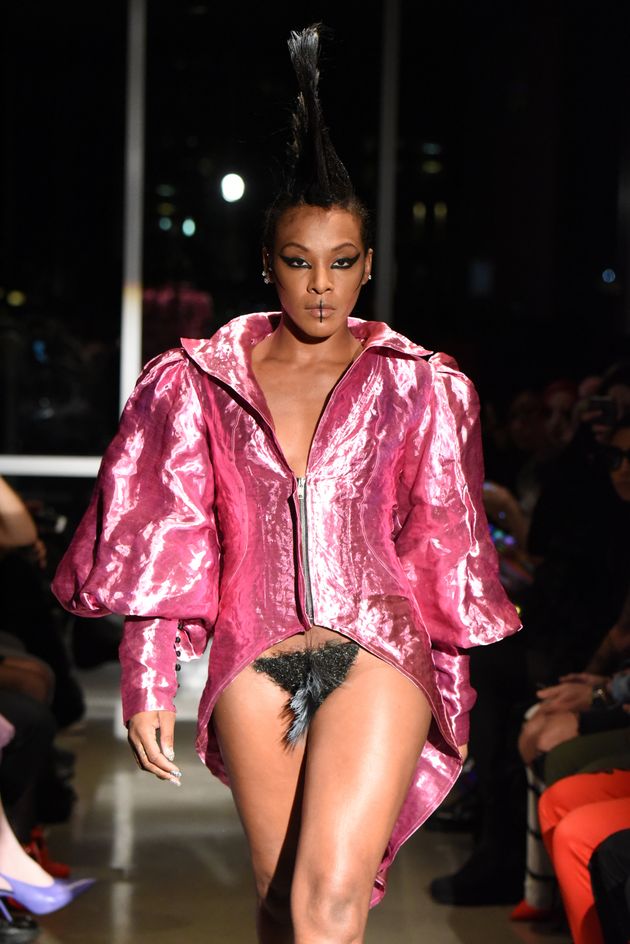 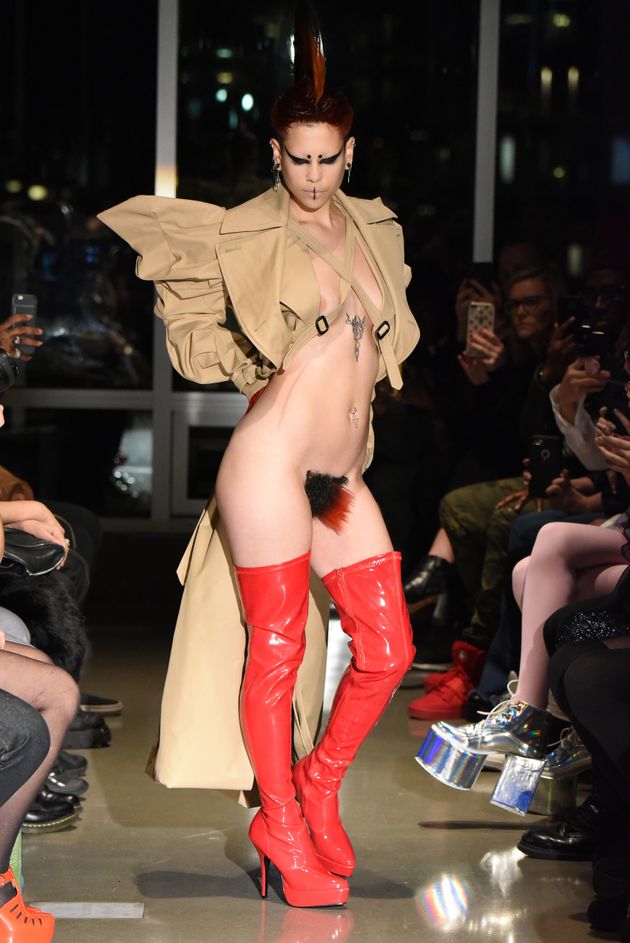 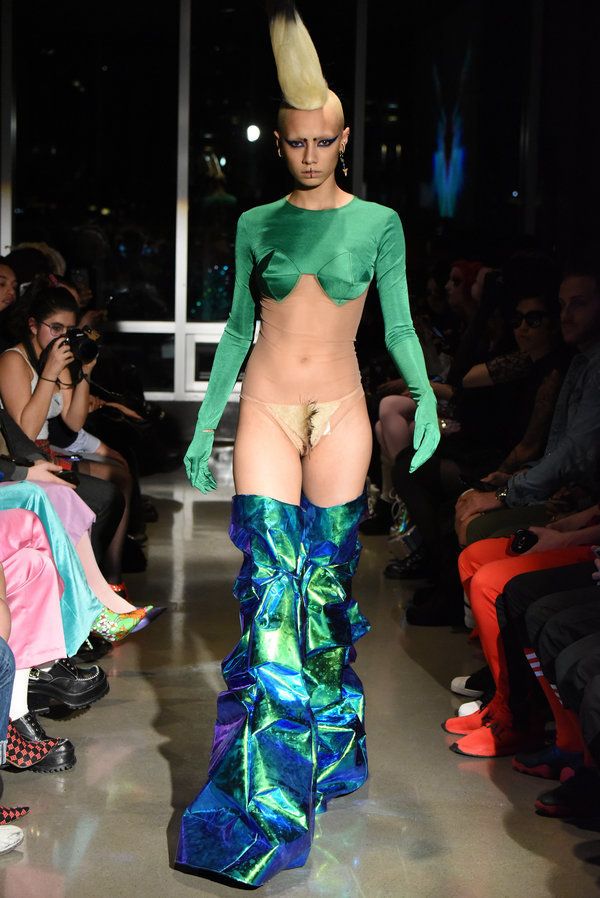 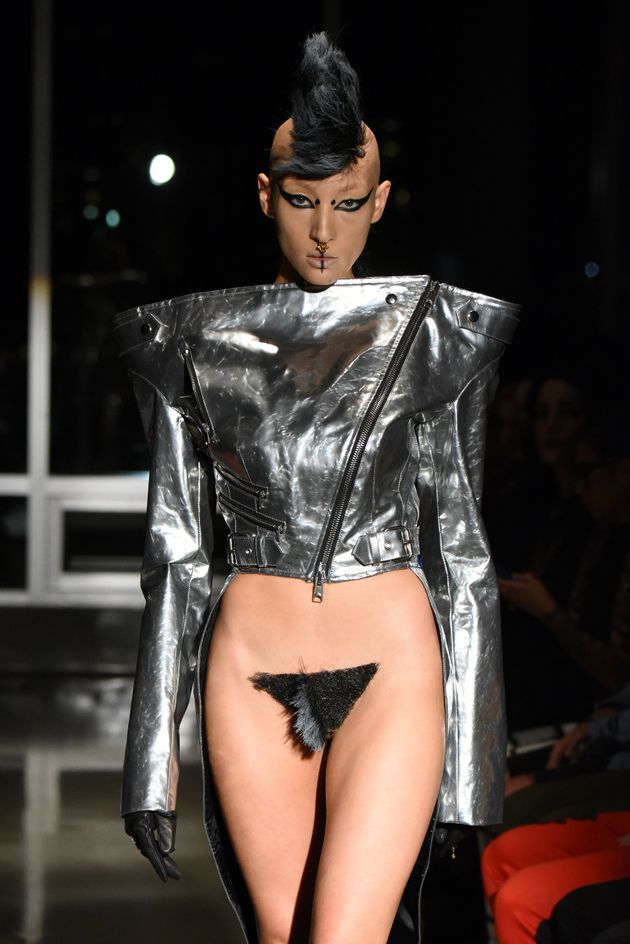 As BuzzFeed pointed out, the “vagina mohawks” resemble merkins, which are also referred to as vagina or pubic hair wigs and used as props in TV shows and movies.

This isn’t the first time we’ve seen a merkin-like article make an appearance on the runway — Thom Browne’s January 2012 show at Paris Fashion Week also showed a fur-like object that appeared similar to a merkin. 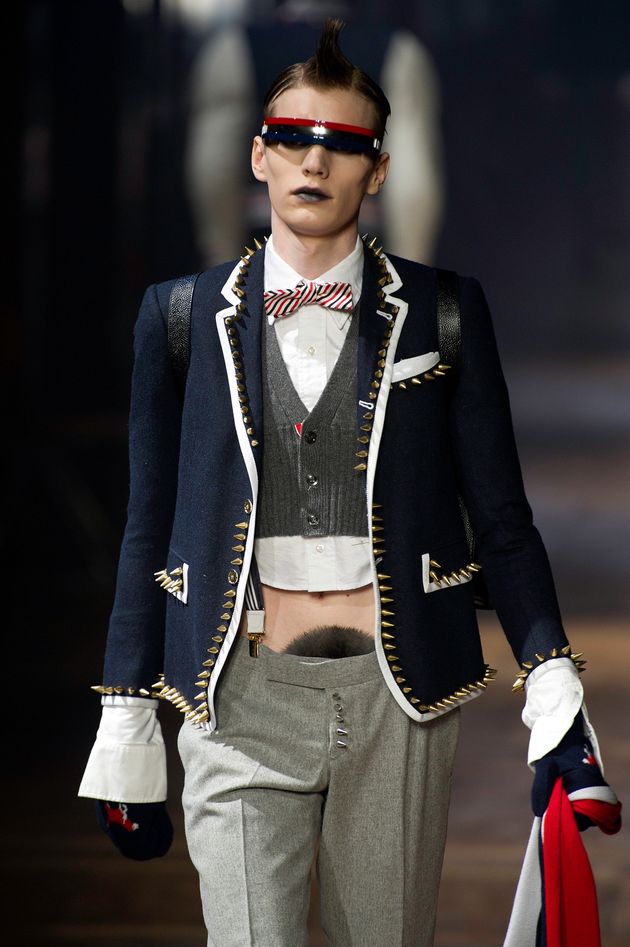 Merkins have been around for centuries, according to Grantland. Randy Sayer, a film and theater wig stylist, told the outlet that many ancient Egyptians used to wear merkins.

“Most citizens — noble or otherwise — were required to shave their pubic and body hair to rid themselves of lice,” he said in a 2015 interview. “Noble and wealthy people were known to wear wigs … and it is thought that a type of merkin was fashionable; it could be worn to show that they were rich enough to maintain their pubic hair.”

Merkins were also reportedly used by sex workers to hide venereal diseases. Nowadays, many actresses use them, as more people choose to shave off or laser their pubic hair. Heidi Klum, Kate Winslet and Rooney Mara have all talked about wearing merkins before.

“There are different qualities of merkins,” Rhonda Thaut, vice president of sales and marketing for World of Wigs, told the Daily Beast in a 2010 interview.

“However, most merkins are made from various forms of lace, ranging from low-end mesh to high-end French silk lace. Most clients prefer it to be made with human hair [from the head],” she said. “The hair is treated to give it a kinky (no pun intended) texture, so it resembles pubic hair. Each hair is hand-tied to the lace.”

So, is the merkin here to stay in the fashion world? Guess we’ll have to see what happens on the runways in London, Milan and Paris to see if this trend continues.