Called “Be Best,” the project is designed “to educate children about the many issues they are facing today,” she told reporters at the event.

Trump’s rare appearance before the press to announce a seemingly modest set of proposals is a reminder of the unique challenges she has faced as first lady, filling an arcane role fraught with gender stereotypes and a lack of definition, compounded by her husband’s extreme divisiveness and outsized penchant for chaos.

Originally not scheduled to attend, the president himself joined the first lady at the lectern, just one day after The Washington Post reported that the couple spend much of their time in the White House apart, leading mostly separate lives.

The first lady famously pledged early in her husband’s presidency to make combating cyberbullying a priority and has devoted some speeches and White House events to the subject over the past year. Predictably, her efforts have faced mockery at every turn — any mention of cyberbullying conjures her husband’s frequent Twitter tirades and ad hominem attacks. 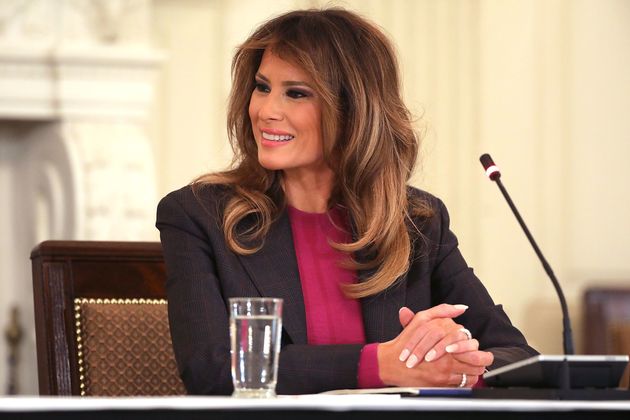 “I am well aware that people are skeptical of me discussing this topic,” she said in March. “I have been criticized for my commitment to tackling this issue, and I know that will continue. But it will not stop me from doing what I know is right.”

Ahead of Monday’s event, White House press secretary Sarah Huckabee Sanders criticized a reporter’s question about the apparent hypocrisy of the first lady’s focus on cyberbullying given the president’s relentless Twitter tantrums.

“I think the idea that you’re trying to blame cyberbullying on the president is kind of ridiculous,” Sanders said at the White House press briefing.

Melania Trump has also turned her attention toward other issues, such as the nation’s opioid crisis ― especially its effect on children and families.

Monday’s announcement was a culmination of those early forays as first lady, laying out three broadly defined policy areas on which she will focus: well-being, social media use and opioid abuse.

It’s unusual for a first lady not to have clearly defined initiatives at this point of her husband’s presidency, according to Kate Andersen Brower, author of First Women: The Grace and Power of America’s Modern First Ladies, and First in Line, an upcoming book about vice presidents.

Yet overall, Trump “has been, in her way, the best version of the first lady that she can,” given that she is dealing with “an impossible situation,” Brower said. And in distancing herself from her husband, she may be further reinventing the role of first lady and subverting public expectations of her, even in otherwise traditional tasks.

So far, Trump has mostly carried out ceremonial duties, such as hosting the first White House state visit of her husband’s presidency last month with the Trumps’ French counterparts, Emmanuel and Brigitte Macron. 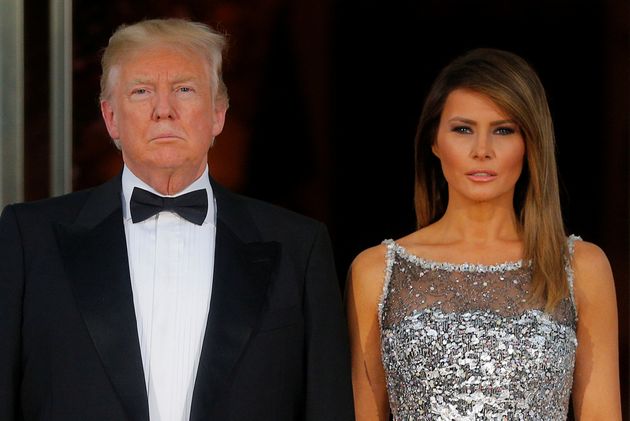 She has also responded to tragedies as a “consoler in chief,” Brower noted, such as visiting with hurricane survivors and representing her husband’s administration at former first lady Barbara Bush’s funeral last month.

These settings provide opportunities for Trump to “really be empathetic and sympathize with people, in the way that her husband can’t,” Brower said.

“I think she has been very smart to try to stay above the fray,” Brower said. “She’s learning the best thing to do is just focus on these bipartisan, non-controversial issues, do the state dinner, go about her business as best you can.” 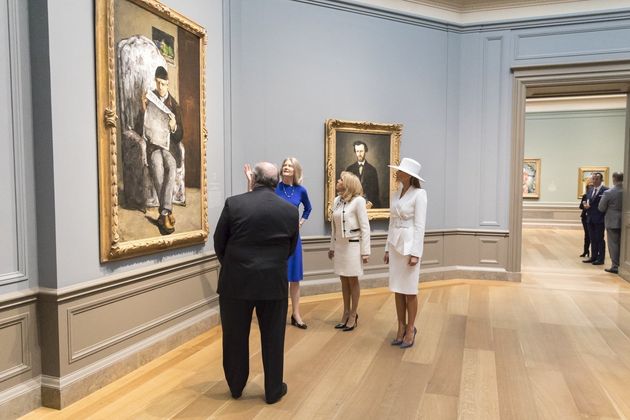 Like previous first ladies, Trump has been subject to scrutiny and speculation over her fashion and personal life. Her marriage to the president in particular has sparked fascination and her body language during their interactions is closely analyzed.

Brower attributed it to the way Trump remains a “cipher,” unlike some of her predecessors, who were more accessible to the press.

Over the weekend, “Saturday Night Live” showcased the Stormy Daniels scandal, portraying the first lady, played by Cecily Strong, as gleeful about the possibility of testifying against the president in his legal debacles.

In real life, Trump’s “silence” on Daniels and “refusal to stand by her husband” shows how much she has defied expectations as first lady, according to Brower.

“I think that, in a way, that’s a feminist thing to do, to not do what’s expected of her,” Brower said. And like many women who are judged by their appearance, “people underestimate her,” she added.

“She has rejected a lot of what is expected of her and doesn’t seem to care about what we as a country expect of her,” Brower said. “I just don’t see that with her, and I think that’s kind of refreshing.”

This story has been updated with details from Trump’s announcement and comments from Sanders.