There’s nothing like a seating plan to focus minds. And the sight of the 11 Independent Group MPs sitting on the Opposition benches together yesterday was certainly an arresting one. For many of their erstwhile colleagues, it brought home for the first time that the twin Labour and Tory breakaways were a reality, not just media froth. Some Tories (and don’t forget many of them have only known the warmth of the government benches) will have been terrified by their apparent self-isolation, others quietly admiring their brave camaraderie. There could well be more breakaway MPs in coming days, though many of those on ‘defection watch’ are keeping their heads down.

‘Rolling resignations’ didn’t work out too well for Jeremy Corbyn’s critics back in 2016, but they may work for the TIGgers in grabbing media attention. If they can keep a drip-feed of defections going for several weeks, the bigger they will grow and more credibility they will get. The danger is that the defections dry up and they will lose the momentum needed to really capture the public’s imagination. It’s still unclear whether this is a box full of fireworks or a set of damp sparklers set to fizzle out.

At the press conference, Tory MP Heidi Allen hailed herself and Anna Soubry and Sarah Wollaston as ‘the Three Amigos’ (though some Tories muttered they were in fact ‘the three huge egos’). Allen told ITV’s Peston last night that “a third of the party” shared her frustrations, but she stressed she wasn’t saying such huge numbers would follow her.  Allen then declared “to be honest we wouldn’t want them, we don’t want you, because the last thing we want is to trigger a general election. I think we can maybe manage two or three but after that it gets a little...speedbump.”

It’s obvious the new grouping does not want a general election soon, not least because it has no party, money, members or even policies, let alone a leader (and, crucially, all of its members would probably lose their seats). And when Soubry made clear she would back the government in a vote of confidence yesterday, she opened up the prospect of the first split with her new former Labour colleagues. Would Umunna and Leslie really walk through the lobbies with Tories to prop up May? Or would they merely abstain? The arithmetic is getting tricky, with May’s Con-plus-DUP majority now reduced to just seven. Corbyn may be tempted to trigger another confidence vote to force their hand.

Yet that tighter majority is what may well strengthen the hand of Tory Remainers left in the party. The overall Brexit arithmetic hasn’t changed of course (Soubry, Wollaston and Allen regularly voted against their whip) but it now take just four Tories to vote with the new group to cause Parliamentary havoc. Dominic Grieve (who told Newsnight he would quit if there was a no-deal Brexit imminent) and Justine Greening (who had gone very quiet but hinted today she could go too) will ponder whether they have more power right now than they ever have.

Philip Hammond, who is privately condemned by many Remain ministers for ‘bottling’ confrontation with the PM over no-deal, was on the Today programme. Rejecting claims that the Brexiteers now ran his party, the Chancellor said (twice for the hard of hearing) that “the ERG [European Research Group] is a relatively small hardcore”. When told they were getting their way he replied: “No they are not”. “There is always the possibility of no-deal as an outcome,” Hammond said, adding it was the hard deadline of March 29 that was focusing minds in London and Brussels.

2. PICKING AT THE SCABS

While the focus was naturally on the Tory defectors, it was the eight ex-Labour MPs who were the target of fresh attacks from their own party yesterday. After PMQs, Jeremy Corbyn’s spokesman really went for them, declaring the eight were effectively now ‘an establishment coalition, based on the failed and rejected policies of the past, austerity, corporate tax cuts, privatisation’. Chris Leslie hit back that none of the Labour switchers had supported any such policies (though he stressed that on water privatisation for example he felt £90bn buying shares would be better spent on building affordable homes).

However, the sight of Anna Soubry yesterday defending the Coalition’s 2010-2015 austerity measures (thanks to a clever question from Channel 4’s Gary Gibbon) clearly made some of her new former Labour colleagues blanch. There is an intellectual argument that could defend ‘Labour prudence’ (don’t forget that some argue that in fact Osborne’s early austerity plans ended up being not dissimilar to Alistair Darling’s, and Ed Balls too supported a deficit-reduction package of cuts), but I suspect it’s too early for Leslie, Umunna and others to make it. Heidi Allen attacked Osborne’s welfare cuts, which were a key plank of his austerity calculations.

Anger over the breakaway also spilled out dramatically last night at an event in Westminster, when Labour MP Lloyd Russell-Moyle attacked the defectors as ‘scabs’ (as exclusively revealed by HuffPost). But he also made a rather bold claim that was much more interesting than his choice of insult: that Corbyn was now coming round to a ‘remain and reform’ stance on the EU.  “We are getting to the right position with the leadership. I am almost certain, when the votes come, that we will be in a position of remaining in and reforming the EU – and those scabs that left will suddenly regret the day that they ever left the Labour Party.” Remain-and-reform was indeed Corbyn’s stance in the 2016 referendum. If the party is to return to that (the 2017 manifesto said the Leave vote should be respected), it really would be a gamechanger. Note that Labour whip Bambos Charalambous also told the event. “I’m also supportive of a second referendum and shouldn’t be here and talking to you.”

Will the Labour leadership pick the scab of its Brexit woes, or seek to heal wounds by keeping on board those unhappy with its direction? There was a clutch of Labour turmoil stories last night: a fresh spat over claims that one of the Labour defectors had accessed party data; Tom Watson described as ‘spiteful’ a plan to force the MPs to face by-elections; and Peter Mandelson said he felt ‘morally compromised’ by staying in a party that failed to deal with anti-semitism. Oh, and Derek Hatton was suspended within days of being readmitted. The real problem with the Hatton issue is that he made the offending tweets in 2012, when he was not a Labour member, so it’s hard to see how he broke any rules.

It could be a bid to lower expectations, but the mood music from within government is not to imagine any big breakthrough on May’s Brexit deal this weekend, nor an early meaningful vote next week. But the Sun reports four Cabinet ministers have warned the PM they may have to quit unless she makes clear she will extend Article 50 if the Commons can’t agree on a deal next week. Hammond this morning pointed out a joint statement from May and Jean-Claude Juncker referred to ‘guarantees’ on the Northern Irish ‘backstop’.

With Geoffrey Cox and Steve Barclay in Brussels today, some insiders think there’s still a chance of hammering out a form of words for a ‘joint interpretive instrument’ that could underline just how temporary the ‘backstop’ will be. Many Tory Brexiteers are ready to swallow that, if Cox’s new legal advice supports it. But the Irish Times’ Denis Staunton has identified a new problem: while the EU may time-limit the UK-wide customs plans, it will never countenance time-limiting the Northern Ireland-only measures in the Brexit deal. And they’re the bits the DUP has some real concerns about.

Meanwhile, there’s the big problem for the EU27 in working out whether to sign off on something if it lacks a ‘stable’ Commons majority. Today Jeremy Corbyn and Keir Starmer are in Brussels, ready to declare that they believe there is no way the Commons will back a no-deal exit. That may or may not reduce the PM’s leverage, depending on just how much the EU is convinced there’s a stable majority for or against anything in the split-dominated UK Parliament right now.

Watch Tory MP Philip Lee describe Brexit as a ‘turd’. Shot in the dark this, but I suspect his remarks won’t go down well with the 17 million who voted to Leave.

Would the famous checklist for the Advertising Standards Authority apply to Sajid Javid’s decision to strip Shamima Begum of her UK citizenship? A growing number of lawyers think not, especially after Bangladesh said she was not one of its citizens and would not have any prospect of becoming one. The Home Secretary has to show ‘reasonable grounds for believing’ she could get alternative citizenship, and that’s now gone up in smoke. Javid told ITV’s Peston he would never leave anyone ‘stateless’, so is her preparing a U-turn? Even former May aide Nick Timothy, an enthusiastic backer of citizenship stripping, tells the Telegraph Javid’s decision is ‘an error’.

Home insulation and boilers are the determinedly unsexy end of the global warming debate but a new report by the independent Committee on Climate Change (CCC) suggests gas hobs and heaters should be banned by 2025 in new homes. With 14% of our carbon emissions coming from housing, the CCC’s Prof Julia King calls for help-to-buy to be extended into help-to-insulate. But her most striking remark was that recently built new homes lack proper insulation and will have to be retro-fitted at huge cost in 10 years’ time. “This is a scandal comparable to the VW emissions scandal,” she tells the BBC. 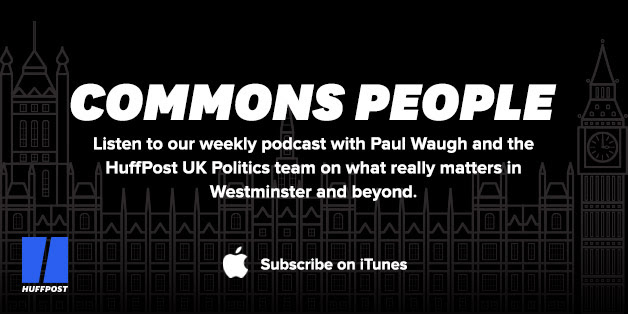