The small northern California county of Siskiyou is renowned for its natural beauty, its remarkably diverse wildlife, its imposing mountain range, and its historic link to the gold rush of the 19th century.

It also just voted to become America's 51st state, the State of Jefferson. Fiercely Republican, the small county wants independence from its deep blue mother State, and wants southern Oregon counties and other California counties to join it.

It's a story which might have passed you by. The vote means pretty much nothing without approval from the State Legislature and the US Congress. As Alex Salmond knows, it's a bit harder to gain independence than just declaring you have it.

But the Siskiyouans and the SNP are just two of hundreds of separatist movements across the world, from the serious, like the Catalan and Quebec movements, to the unlikely, like Cornwall's nationalists, to the militant, like the Sri Lankan Tamils and the Basque's Eta.

When the United Nations was first formed in 1945, it had 50 members. Today, there are almost 200 states, and many more movements bent on breaking the rocks on our planet into smaller and smaller chunks.

Scotland is not the only region with a strong separatist movement even in Great Britain. This week, Wales' First Minister Carwyn Jones hinted that he saw the Scottish referendum as an opportunity to argue for a more concrete devolved settlement.

Even within England, there's Mebyon Kernow, the movement for Cornish independence, and the miniscule Yorkshire Devolution League.

The Canadians are watching the Scottish independence movement with weary skepticism. There have been two referendums in French-speaking Quebec already, once in 1980 and once in 1995.

The separatist Parti Quebecois came back to power in September 2012 as a minority government, and support for independence is currently flat.

"Now support for separatism seems to be at a low point," says Patrick White, Editor of Le Huffington Post Quebec. "Independence only has 40 per cent support according to recent polls, and the Parti Quebecois (which is firmly separatist) is losing ground to the federalist Liberal Party. The issue itself has been on the back burner since the 1995 referendum."

More than 80 percent of people in Quebec speak French, but there is a strong English-speaking community in Montreal and immigration creates an influx of close to 50,000 people a year. According to the most recent census, 7.7% say English is their mother tongue.

In Scotland, the percentage in 2001 of English people living north of the border was almost identical, around 8% of the population.

A poll published this week showed that if an election were held in Quebec today, the PQ would likely be defeated by the federalist Quebec Liberal Party. However a provincial election isn't expected until next spring.

Opinion polls show that Quebecers, like Scots, care mainly about the economy and the cost of living. Another controversial issue is a plan by the PQ to prohibit all visible religious signs in the civil service, including hospitals, kindergarten and schools. This would mean that public servants would no longer be able to wear religious garb (such as a turban or hijab) while working, an issue deeply dividing immigrants, anglophones and old-stock Quebecers alike.

For Scots and Quebe separatists, their raison d'etre is a feeling of separate cultural and philosophical identity. In the case of Spain's Catalan separatists, Belgium's Flanders and Italy's northern secessionists, the case is also made on solid economic grounds. Those regions claim they contribute far too much and prop up the struggling parts of their respective countries.

According to the latest survey by the Centre for Sociological Research, an organ of the Spanish government, 40.6% of Catalans are in favor of autonomy. Spain's premier radio network, Cadena Ser, puts the figure at 52% in its own polling.

"Catalonia's political future is very confused at the moment and represents one of the great challenges of the Government of President Mariano Rajoy," HuffPost Spain's deputy editor Guillermo Rodriguez explained.

"He is stuck between the problem of convincing conservatives, his party faithful, that his party are defenders of the unity of Spain, and appeasing the Catalans, who feel mistreated financially.

"Scotland is an unquestioningly a benchmark for the Catalan nationalists."

A referendum on Catalan independence is illegal under the 1978 Spanish constitution without consent of the government, though one has been promised for 2014, regardless.

Catalans gather in a bid to create a 400-kilometre (250-mile) human chain, part of a campaign for independence from Spain during Catalonia National Day

The country's two main parties, the PP and the PSOE, both reject the possibility of Catalonian independence.

It is not only Rajoy who has found himself in a tight spot when it comes to appeasing delicate Spanish and Catalan dispositions, but also Catalan president Artur Mas.

"Mas is in a difficult situation," Rodriguez said. "On the one hand, he is being pressured by members of the Catalonia government to show his power and resolve.

"On the other hand, he is getting messages from the EU that an independent Catalonia would be out of the union, and warnings from the business world (the region is one of the economic engines of the country) of the risks of self-determination."

In northern Italy, the creation of the state of Padania in the northern states has long been mooted by the separatist Lega Nord, Berlusconi's coalition partners, which would encompass the country's most prosperous cities, Milan, Florence, Venice, but other separatist movements have been active in South Tyrol and the Veneto.

A poll conducted by SWG in June 2010 found 61% of Northerners supported independence, and 80% of them supporting at least federal reform, but just 42% of Italians consider Padania a realistic prospect.

But despite murmurings in Spain, Italy and the UK, Western Europe has not seen major changes to international borders since the First World War, and no redrawing of the map seems imminent, even after 2014's referendums.

A supporter of the separatist group 'The Republic of Texas,' sits near the Davis Mountains road block, whch was led by Rick Maclaren, who refused to leave the compound he called 'Embassy of Texas'

It's even longer in the United States, which has not had a state secede for 150 years. A new Republic of Texas is unlikely to be free any time soon from the ball and chain of the other "Marxist states", as Texan nationalist Daniel Miller described them after President Obama's victory.

Still, support there is growing, with 95,000 people signing a petition demanding secession after the 2012 Democrat victory in the Presidential elections.

Whatever the outcome, it is likely the world's separatists will take heart from the Scottish referendum, even if Salmond ends up on the losing side.

As former Catalan president Jordi Pujol observed when he visited Scotland last year, even if Catalan or Scottish nationalist lose their respective referendums, once the idea of independence enters the minds of the people, it can be a difficult thing to shake.

THE CASE OF WESTERN SAHARA

"We shall not give up one inch of our beloved Sahara, not a grain of its sand".

With these words, King Mohamed VI of Morocco leaves no room for doubt as to where the future of Western Sahara lies.

But the Polisario Front, a separatist movement exiled in the Algerian Tindouf refugee camp, has been rejecting this claim for nearly 40 years. 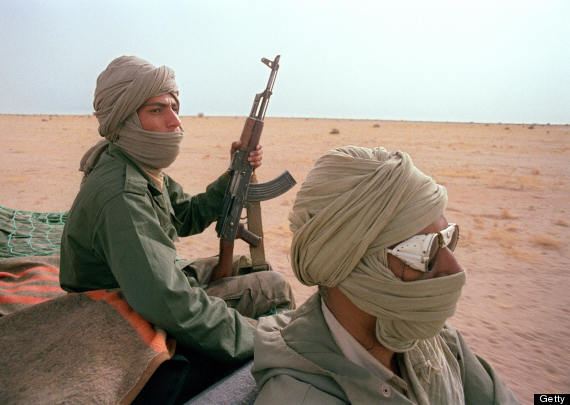 In short, the problems date back to 1884, when European colonial powers gather at the Berlin conference to reshape Africa, drawing arbitrary borders to distribute the territories among themselves.

Western Sahara, a vast desert coastal region south of Morocco and western to Mauritania, went to Spain. When the Spanish relinquished the territory nearly a century later under UN pressure, it was transferred to the joint administration of its two neighbours.

When the Polisario Front claimed independence, Mauritania gave up on its claim, but Morocco did not and moved to occupy the southern areas as well. Guerilla war was quick to erupt, and continued until 1991, when the UN brokered a ceasefire.

Today, the Saharawi question affects the entire Maghreb region. Its sparse population has been subject to repeated human rights violations perpetrated by Moroccan authorities and denounced by several international NGOs.

While Algeria supports the claim for independence, Mohamed VI can count on solid allies such as France to block UN Security Council processes. The Polisario Front finally accepted a UN backed plan including a referendum to decide on the status of Western Saharan territories.

But after 40 years of colonization and the establishment of a Moroccan population in the region, who gets to vote?

“Morocco, which is the stronger of the two parties both militarily and diplomatically, has regularly engaged in conduct that has obstructed and compromised the fairness of the referendum process”, noted Human Rights Watch in 1995. The situation remains on stalemate.

Often forgotten, the fate of Western Sahara lies within a vicious circle. While the question keeps diplomatic relations between Morocco and Algeria on hold - their common border has been sealed since 1994 - its resolution can only come from the good will of these two antagonists. Meanwhile, the Sahrawis are mourning their “beloved Sahara”.