This is the saiga antelope and although it can be found grazing on the steppes of Kazakhstan it wouldn't look out of place in a scene from Star Wars.

Although endangered, conservation efforts are beginning to bear fruit as numbers increase.

Saiga (Saiga tatarica) are about the size of a small goat—males weigh on average 90 pounds (41 kilograms) and females around 60 pounds (27 kilograms)—and live in the steppes, the arid grasslands that encompass parts of Eastern Europe and most of Central Asia. 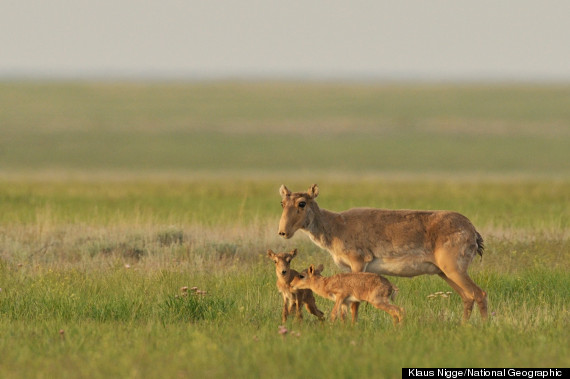 A saiga and two young

Saiga date back to the Ice Age—and they were once as prolific in Central Asia as bison were on the plains of North America. More than two million roamed the Eurasian steppes as recently as last century.

But following the breakup of the Soviet Union, poaching and other disruptions to their habitat led to a precipitous decline: In just 15 years their numbers plunged by nearly 95 percent, making the saiga antelope one of the world's most threatened animals. 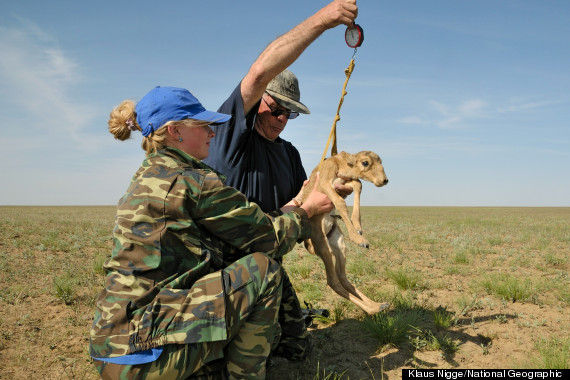 Despite their awkward running gait, head down, stubby legs on either side driving in tandem, they can clock 50 miles an hour (80 kilometres an hour) on their long migrations.

16 Easy Exercises That Can Improve Your Posture

16 Gorgeous Photos That Show The Absolute Joy Of Black Pride