The US Navy has deployed its first anti-drone laser for active duty in the Persian Gulf. The Laser Weapon System will be used against a variety of targets from drones to small attack boats.

Installed on the USS Ponce, this high-tech directed energy weapon can effectively knock out small drones from the sky at a fraction of the cost that it would take to use a conventional missile.

Matthew Klunder, Rear Admiral and Chief of Naval Research said, "It's absolutely critical that we get this out to sea with our Sailors for these trials, because this very affordable technology is going to change the way we fight and save lives." 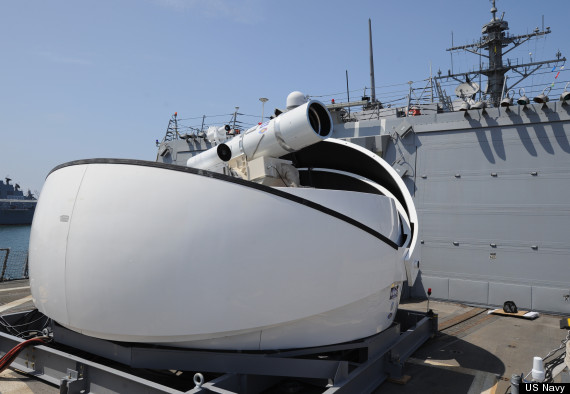 "Spending about $1 per shot of a directed-energy source that never runs out gives us an alternative to firing costly munitions at inexpensive threats."

The weapon system has been designed to work with existing weapon platforms including the advanced Phalanx close-in turret which can track ultra-fast moving objects and then destroy them.

In this situation the controller would use a 'video game-like controller' which would then tie-in with Phalanx. Phalanx would track the target and then instead of using its own weapon, would hand over the firing responsibility to the laser.