I am deep in the underground labs of University College London.

I am in an MRI machine.

Just next door three academics casually chat among themselves, blissfully unaware (for the moment) of the monumental strain that's being placed on my neurons.

You see, I'm struggling. Radio 4's iconic show might be entertaining to listen to - but it's difficult at the best of times. Today not only do I have to contend with the sound of the MRI machine (it sounds like a warehouse rave) but it's also dark, cramped and I've been told that under no circumstances can I move my head, not once, not even an inch.

Today, I'm not a journalist, I'm a subject.

If you don't know 'Just a minute' then the rules are as follows: You have 60 seconds to talk about a particular subject. You cannot repeat a word, hesitate or deviate from the subject, in fact the only thing you can do is say the subject name. It's incredibly difficult.

Today I only have to manage 30 seconds. But unfortunately my head is currently encased in a plastic mask which itself holds an elaborate series of mirrors in place, giving me the ability to see a projected screen that's down by my feet. It feels not unlike a medieval torture device, reimagined for those that didn't like the pain but enjoyed rave music and tough literary games.

(It's not clear if Paul Merton has ever played 'Just a minute' in these conditions but I can imagine that if he had, even his god-like abilities would be slightly hampered.)

Now you may be asking why would three academics (Joseph Necus, MSci Neuroscience, Emilia Molimpakis, MSc Language Sciences and Joseph T. Devlin, PhD and Head of Experimental Psychology at UCL) incur a cost of around £400 per hour to have me feebly ramble on about any and every subject under the sun?

The simple answer is because it's interesting, and it hasn't been done before.

"When we focus we tend to focus on what normal healthy people do or when things go wrong - people have strokes or kids with dyslexia. We very rarely focus on things that go right so we’re sort of ignoring half of the interesting phenomena."

They're starting a new line of investigation that looks responds when told to perform complex motor tasks such as speaking. These are two of our most fundamental social weapons in combating the modern world and sadly they are two gifts which can still be so easily broken or lost. 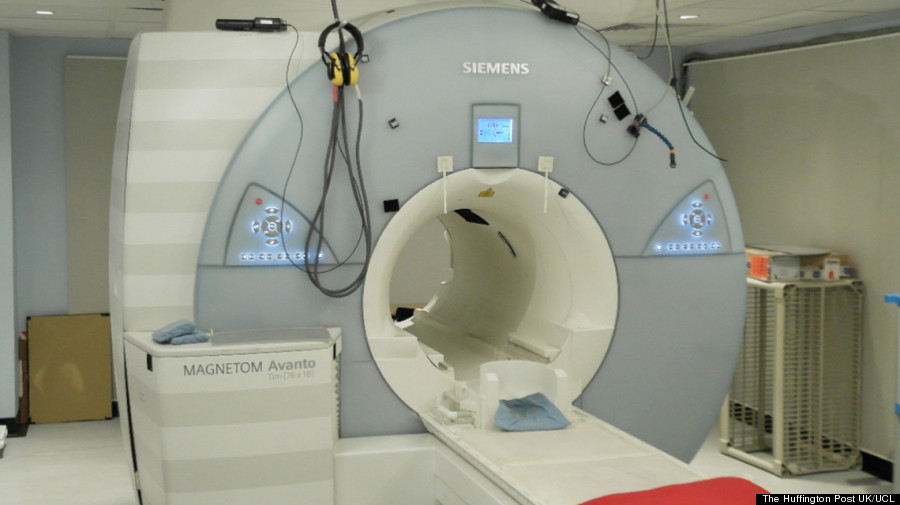 Dr Devlin's logic is simple; We've been looking in set places for years and it hasn't helped yet, so maybe we're just looking in the wrong place.

"We have a good sense of some of the things that work at a cellular level we don’t have a very good sense of how they then manifest in actual things in behaviour like learning - learning a different language, learning to compensate for some sort of disability (like dyslexia) or learning to do a new skill. There’s a huge gap there."

"Everybody admires and appreciates these people who are fluent speakers, they have social power right? They become politicians or stand-up comedians or whatever. What we’re interested in is what’s happening in their brain when they’re doing it relative to say somebody like myself,"

By looking at these 'super speakers', Dr Devlin and his team hope to discover if this ability is inherited or something that has taken years of training to perfect. While either outcome would be fascinating, the real opportunity would arise if the latter were true.

"Maybe over the course of that career where they’ve honed these skills, they’ve developed different techniques to help them do this, navigate these waters, and in that case we might see extra activation in presumably different areas of the brain. That would be interesting because it would suggest that there are these other pathways that we could be employing, all of us, you know, if we were to improve our own fluency."
The current thinking with learning complex tasks is that at the beginning of the process there's a huge increase of brain activity, but then, as you become more skilled the brain reaches a point where it has effectively pre-written all the connections it needs to and so your brain doesn't need to work as hard.

It's a remarkable feature that allows you to remember your first driving lessons as hell on Earth and then wonder how you ever found it so difficult. It's then applied to even more complex abilities such as playing an instrument, or learning a new language, or in this case, speaking on your feet.

Imagine a technique that could, in the space of a week help you crush that fear of speaking in public, or perhaps you suffer from a stutter and it turns out that with the right therapy it could be cured.

These are -- as is usually the case in the field of neuroscience -- just dreams at the moment. The team know they're the blunt instrument, crushing through the ground and laying the foundations.

"FMRI gives you really nice spatial information, good information about the anatomy, which parts of the brain are active or lighting up as you do these tasks. It’s really poor with respect to time. All the signals are coming through the blood flow, whereas neuronal activity is happening in a matter of milliseconds," says Devlin.

What they can do though is see the broader strokes. By putting the grey cells under such strain the team are painting a picture with bright colours; the more activity, the more 'noise' there is, the easier it'll be to measure brain activity.

So far the team have used famous comedians but they hope to add politicians and barristers into the fold as well as academics, journalists (yours truly) and of course members of the general public.

The experiment will be finished in March at which point the team will look at the findings and submit them for publishing.

Devlin admits that more could be done, but that at the moment, technology is working against them.

"At the moment the best we can do is put someone into an FMRI scanner, take them out and then put them into an MEG scanner and basically do the same experiment which really isn’t the same. It’s not the same as doing it all at once, ultimately I suspect that somebody’s going to come up with something much cleverer than FMRI that’s going to make this seem like we’re hunting with bow and arrows."

Until then however they're going to have to make do with MRI, and me. How did I do? Well after a lucky start my performance took a nosedive in the second round, and I'm now struggling say anything of consequence about the third. It has reached the point where I'm almost looking at myself in third-person, desperately talking about anything and nothing all in the name of making sure I never once make the noise 'Errr'.

For the team my grumbling rambles were probably nothing more than mildly entertaining, instead the real show starts when the scans are complete and the trawling begins, searching for a pattern of sparks that show actually, it's not just luck.
Suggest a correction
More:
University College Londonneurosciencethe braincomediansPublic speaking