Transgender people have spoken out about the physical abuse, insults and questionable treatment they have received from the public, NHS and police as part of the first ever Commons inquiry into equality for trans people.

The newly-formed Women and Equalities Committee has received written evidence from more than 250 individuals and groups as the MPs investigate "discrimination and unfair treatment" people receive.

Some of the submissions have been published on the committee's website as six Government ministers will tomorrow be grilled on how transgender issues are dealt with by their departments.

The evidence to the committee includes claims all trans people are portrayed "like Mrs Doubtfire" in the media, NHS staff "outting" one transgender person on a hospital ward, and delays to treatment forcing some to "self-medicate".

"I don't want money, or promises. I just want my life back."

A 59-year-old who describes themselves as a "male-to-female transsexual" in the early stage of transition raised issues over the diagnosis of gender dysphoria - the condition relating to discomfort with a person's assigned sex - and access to gender reassignment treatment under the NHS.

They say long waiting lists are seen as "normal" and the NHS is "consistently failing" in its obligation to provide treatment within 18 weeks of referral.

They say electrolysis and hair replacement, "essential parts" of the early transition process, are "not funded adequately if at all by the NHS". Delays in treatment are a concern because its forces many to "self-medicate".

"The necessary hormones and advice are readily available at relatively modest prices, and their effects on friends who have used them make their use almost irresistible," they explain.

"I am aware of the health risks, so I am reluctant to take this course without monitoring by my GP or practice nurse. But my GP has made it very clear that she is not prepared to offer that support.

"Nevertheless, if the only affordable alternative is a seemingly endless wait for NHS treatment, 'self-medding' may be my only acceptable option. It is certainly preferable to the risk of having to go back on anti-depressants."

Emily Brothers, Labour Candidate, Didn't Want To Wait For The Press To Out Her As Transgender

One person, transitioning from female to male, wrote about being shunned by their local community and how difficult it was to get a family doctor to take them seriously.

"A GP refused to examine me," they wrote. "And also literally moved her seat away from me when I told her that I actually had relationships with other women not men (she saw me as a female)."

They also claimed they "nearly died" as a result of the attitude.

"The GP told me to get out of the room and that there was nothing wrong with me, a few minutes later I started haemorrhaging and would have died if I'd have not ended up going to hospital for emergency surgery."

They record how they are "blatantly ignored" by councils and the police. "I've had to resort to even taking my clothes off and taking photographs of myself to send councils in order to prove I am not making up the fact I am transgender person."

While being refused service in shops and barbers, occasionally "things go a bit further".

"NHS staff are often rude, outting me as a transgender person, shouting loudly about how doctors are going to make a penis for me, telling me I'm put on a female ward because they don't know where to put me."

This week, Jack Monroe issued a furious riposte to a Daily Mail article about the writer and political activist coming out as non-binary transgender. 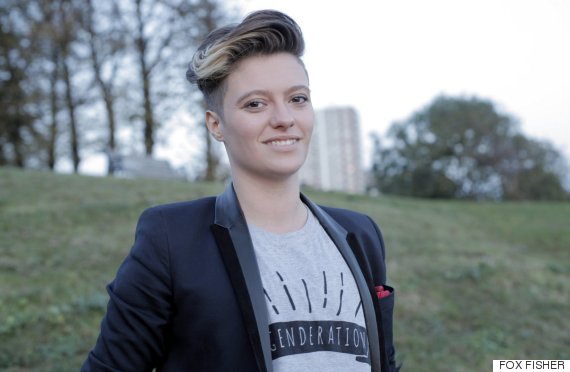 Monroe, who has made a number of complaints over the media portrayal of gender, has urged the media to follow a style guide from the All About Trans organisation to cover the issue with more sensitivity.

"My personal experience as a user of NHS gender identity services has been quite upsetting."

A 44-year-old undergoing treatment to transition from male to female wrote to the committee about the legal issues surrounding divorce and treatment by the NHS.

Their wife of 20 years is seeking a divorce on the grounds of "unreasonable behaviour".

"By accepting this argument, the legal system would appear to tacitly accept that being transgender is ‘unreasonable’, and that seeking medical treatment for transexualism in itself constitutes ‘unreasonable behaviour’, which I personally find offensive."

They also spoke of how it took 18 months to be referred to a specialist gender identity clinic, a further six months for a second assessment, and how the delay for a third has reached nine months.

"My personal experience as a user of NHS gender identity services has been quite upsetting. For over two years I have felt very alone and vulnerable.

"I have been very fortunate enough to be able to access private treatment during this period. In my experience, most women in similar positions have not been able to do this and have just had to wait."

"We are not counted as third rate but fourth-rate citizens."

Another writes about the attitudes from the public, police and media, from being "threatened and hit" to being "refused use of toilets and ignored at counters".

"Trans people very rarely report these insistences as they feel it is not dealt with as other crimes, but gets swept under the carpet. The media takes the view we are easy targets, and we are all like Mrs Doubtfire."

They also explain how job prospects are difficult for transgender people.

"It's the old story: an employer will say they are equal opportunity employers but behind doors are not - just to appease the obligations to interview us. This makes the benefits system a minefield."

They explain how a friend who had gender re-assignment surgery six years ago is still waiting for the treatment to be complete.

"Her timescale with transition fully from start of the pathway to GRS now is ten years and on going. Unacceptable, really. A person with a minor aliment is treated faster."

7 Unspoken Job Interview Rules That Everyone Needs To Know

Ageing 'Gracefully' Can Be Scary. Here's How To Shift The Narrative

Relief, Fear And Survivor’s Guilt: What It's Like To Bring Your Baby Home From NICU

12 Affordable, Delicious Meals You Can Cook With A Can Of Fish

Labour 'Not Yet Convinced' Of The Need To Decriminalise Cannabis, Says Ed Miliband

War In Ukraine Could Be Heading Into A Stalemate, Western Officials Say

'Your Numbers Are Literally Made Up!' Attorney General Shamed Over Cost Of Living Crisis

Tory MP Accuses No.10 Of 'Spewing Out' Sensationalist Headlines Over Civil Service Cuts

Women's Mistrust In The Met Runs Deep: Here's What The New Commissioner Has To Do to Fix It

Should We Be Worried About Vladimir Putin Starting A Nuclear War Over Ukraine?

Cooking Lessons Not The 'Complete Solution' To Poverty, Says Minister

How High Is The Energy Price Cap? Boris Johnson Can't Say Despite Cost Of Living Crisis

Finland Wants To Join Nato. Why Is It Considering Membership?

British Troops Could Be Sent To Sweden If It Is Attacked By Russia, PM Suggests