A newly revealed letter suggests Ken Kratz begged Steven Avery to confess to the murder of Teresa Halbech so he could write a book and profit from the case.

The special prosecutor wrote to Avery, 53, in September 2015, eight years after he was imprisoned for life for the crime but before the 'Making a Murderer' documentary aired on Netflix, making them both (in)famous.

In the letter, Kratz admonishes him for not admitting he killed Halbech, insisting that his claim he was set up was "nonsense". He then adds that if he confesses he will write a book on his behalf.

I got your letter dated August 28 2015, wherein you tell me your visitor list is full, and ask if I checked out other fingerprints found on Teresa Halbach’s car, telling me that these people could have “set you up” for this.

I apologise for misunderstanding your letters from a couple years ago, as I thought you were interested in being honest about what happened and finally telling the whole story to someone. Since I’m the person who probably knows more about your case that anyone else, I hoped that you would chose me to tell your story to. 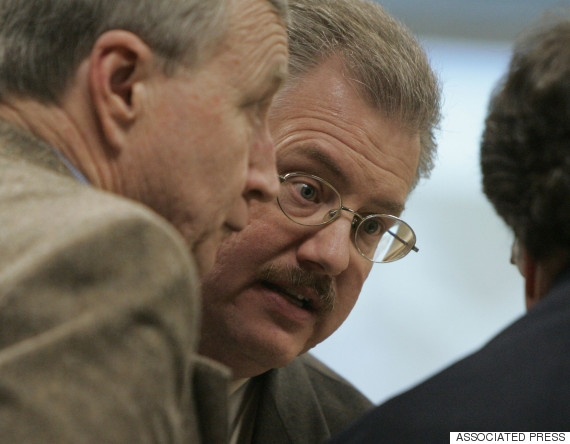 Unfortunately, you only want to continue your nonsense about being set up. That’s too bad, because you had ONE opportunity to finally tell all the details, but now that will never happen.

By the way, the difference between you and famous convicted murderers from the past is that they told their whole truthful story to someone, who then wrote a book about what actually happened and people got to understand both sides. I was willing to do that for you… but if you are going to continue to lie about what happened between you and Ms Halbach, I am not interested.

If you change your mind, and want to tell your story someday, please contact me.

SEE ALSO: Someone May Have The Most Convincing 'Making A Murderer' Theory Yet

'Making a Murderer' has gripped audiences around the world since its release at the end of last year.

Avery and his nephew Brendan Dassey were both imprisoned for the rape and murder of 25-year-old Teresa Halbech in 2005.

The Netflix series raised many questions about the evidence used to convict the pair with thousands of fans turning amateur sleuth to put forward their own theories about what they believe happened.

9 Things Not In 'Making A Murderer' That You Need To Know About
Suggest a correction
More:
making a murdererKen Kratzsteven averyuk newsNetflix
Trending