It's the morning after the night before, you've got the lyrics to "Vindaloo" stuck in your head, and you are totally convinced you want to marry Gareth Southgate. Congratulations: you're supporting England to take the World Cup.

Football might be coming home, but it is not going to be an easy ride: for one thing, you need to get much better at dealing with weekday hangovers if we're going to survive the rest of this World Cup.

So if you're suffering in the final week-and-a-bit, start with these hangover-curing tips to score a pain-free day at work. 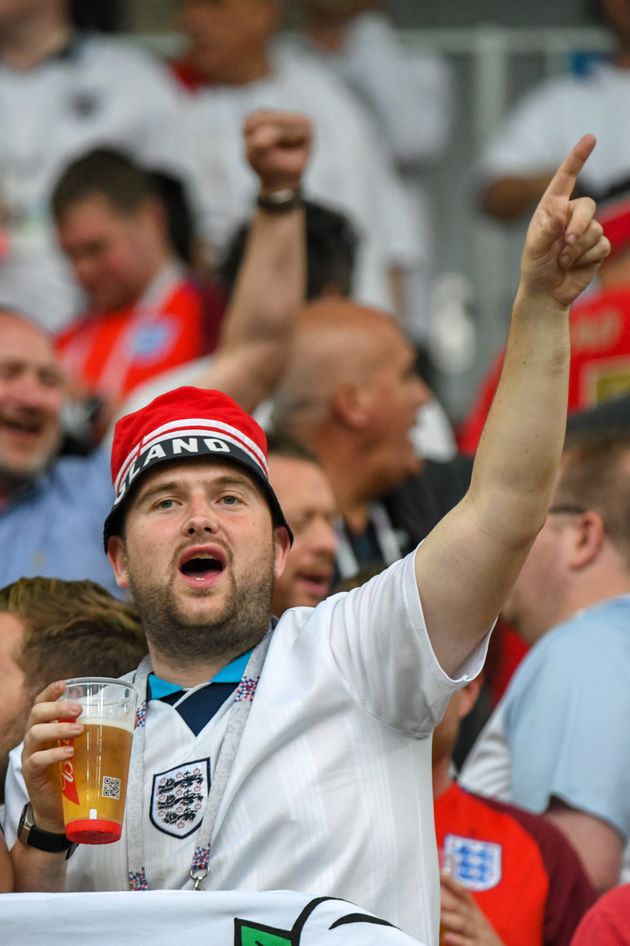 No, we don't mean hair of the dog. One of the main reasons you feel rough after drinking is because you're dehydrated. Aim to drink water during your night of partying, and if you don't (which, let's face it, is quite likely), make sure you drink plenty the following morning.

Don't Try To Sweat It Out In The Gym

Doing some exercise may well make you feel better than lying in bed, but don't believe that you're sweating out the alcohol: Mark Leyshon, senior policy and research officer at Alcohol Concern says that is quite simply a myth.

"No amount of exercise can reduce the effects of a hangover, so it's better to rest and drink plenty of water rather than engaging in vigorous activity, he said.

"Exercise can make you feel a bit better after drinking, but it's not possible to sweat out the alcohol. Only time will get the booze out of your bloodstream."

Get At Least One Of Your Five A Day

It is so tempting to just eat terribly when you feel hungover, but you're only going to prolong the agony. A vegetable juice or smoothie is an easy way of getting some vitamins and nutrients if your stomach isn't feeling too good.

Avoid A Fry Up

Speaking of eating terribly, greasy foods are not your friend right now. A full English may give you heartburn, make you feel bloated and generally just punish your body even more than you have already done.

And the old wive's tale about carbohydrates saving you by soaking up the alcohol, only really applies if you eat them the night before, not the morning after.

Instead, stick to food that's easy to digest such as eggs, toast and bananas.

Finally, NHS Choices advises knocking back a couple of painkillers to relieve your headache.