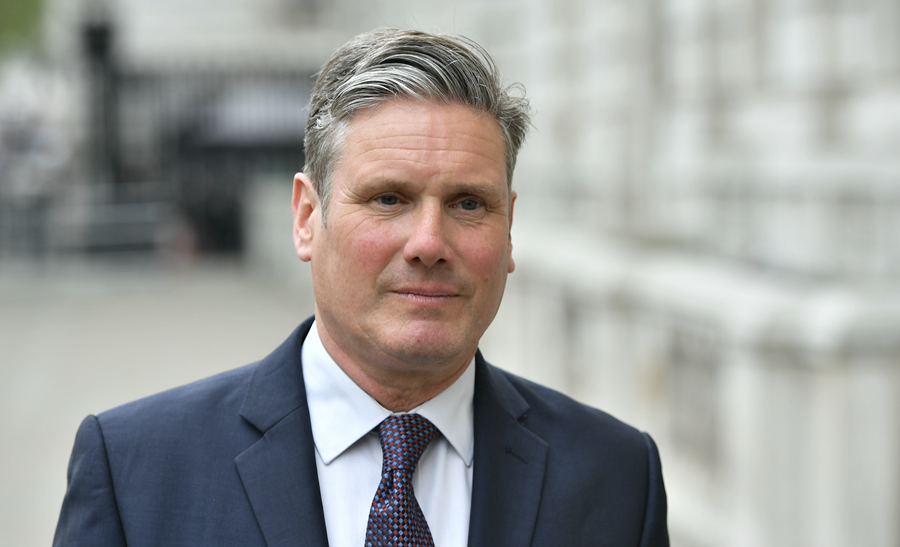 The Labour-Tory Brexit talks resume again late this afternoon. But nearly six weeks after Theresa May first invited Jeremy Corbyn to hammer out a compromise, there’s little hope of any serious breakthrough. Don’t forget that in those six weeks, there have been only a handful of ‘plenary’ sessions with both teams’ big hitters in the same room.

Anyway, the pattern of this diplomatic dance is now well established. Afterwards, Government sources say how constructive the talks were, but Labour sources stress how little has changed. You like potato, and I like potahto. You like customs arrangements, I like a customs union; you like ‘the will of the people’, I like ‘confirmatory ballot’; let’s call the whole thing off?

For many on both sides, it’s all too much of a wrench. Keir Starmer’s Guardian interview puts on the record the point we’ve been told off record for a couple of weeks now: that two thirds of Labour MPs (“probably 120, if not 150”) just won’t back any ‘deal’ without a public vote attached. That’s a heck of a victory in itself for the People’s Vote campaign, certainly when compared to the ridicule that accompanied that infamous photocall in January when just 71 Labour MPs signed up. Inch by inch, Starmer has since then hardened his party’s Parliamentary stance.

In a speech today to mark the 25th anniversary of John Smith’s death, Tom Watson will also say the late Labour leader (a passionate pro-European) would have backed a public vote, as his then deputy Margaret Beckett has done. Watson went further on the Today programme, declaring:  “We are a Remain and reform party.” That’s actually the battle cry of the ‘Love Corbyn/Hate Brexit’ wing of left MPs. But it will still irk some of Watson’s Shadow Cabinet colleagues. And as we saw in the battle over Labour’s European manifesto and leaflet, this battle is still being waged behind the scenes within the party. I’m told that Corbyn’s chief of staff Karie Murphy will join the talks today.

The talks have also been a wrench for Tory backbenchers. One of the most striking quotes in the weekend papers was the Sunday Times revealing a WhatsApp message from Iain Duncan Smith telling fellow Brexiteers: “You can only feel ashamed of our government’s behaviour. It’s over for the WA [Withdrawal Agreement]”. If the withdrawal agreement really is over, is May’s premiership too? Given many Tory ministers see it as the only basis for Brexit, and are as worried as Labour about a ‘no-deal’ exit under Boris Johnson or Dominic Raab, it doesn’t look like the Cabinet are going to march into her office and demand she goes.

One area where left, right and centre agree within Labour on the talks is the need to ‘Boris-proof’ any Brexit plan. And perhaps the most interesting bit of Starmer’s interview is his warning that if the PM is pressured by her MPs into setting a fixed departure date, that will make things even harder for Labour to agree any compromise: “You don’t normally seek to do a deal with someone about to leave office. Therefore, if she sets a date, it makes things even more tight.”

John McDonnell, always a guide to where Labour’s thinking is, has been ramming home the need for ‘entrenchment’ of any deal. As he told Pienaar’s Politics yesterday: “There’s no use us marching our people up to the top of the hill to vote for something and then in a few weeks’ time or a couple of months’ time, there’s a new leader in place and it all gets torn up.”

Entrenchment is a big part of the discussions, I’m told. The political declaration isn’t ‘binding’, but it does form part of an international agreement, so Labour believes that making it as robust as possible will make it hard to unpick later. The Withdrawal Agreement Bill can also be used to enshrine those commitments in domestic law too. But the deeper the two sides have got into this, the harder the problem has become.

Of course, the Tory backbench 1922 committee executive wants the PM to set a specific exit date when it meets her on Thursday. And ahead of the Cabinet meeting tomorrow, the Times reports that pro-Remain ministers are pushing for May to end the cross-party talks and move on to indicative votes instead (‘Plan B’, as No,10 put it last week). A customs union could squeak over the line, so too could the Common Market 2.0 or even a confirmatory ballot, but only if Cabinet ministers are allowed to vote with their conscience. Maybe that will be the next step May has to reluctantly agree.

If opinion polls didn’t exist, Theresa May could this morning be thinking she at least has something resembling a functioning government. Ministerial vacancies (including the Middle East minister) have been filled, the ship of state has been steadied. Gavin Williamson still hasn’t made his personal statement over his sacking. Mini announcements are being made on policy and MPs know they at least have a Whitsun recess coming up.

But opinion polls do exist and yesterday brought the prospect of Nigel Farage’s Brexit Party not just topping the poll for the Euros but even taking a large chunk of votes in any general election. The usual health warnings should of course be applied, but it’s enough to prompt Philip Hammond’s aide Huw Merriman (as candid as ever) to tell Radio 4’s Westminster Hour “I think we’ll get an absolute mauling” in next Thursday’s elections. The Sun reports Williamson is still consulting with friends” over whether and when to make a Commons statement.

Farage has a big event today in Yvette Cooper’s pro-Leave Pontefract seat and is clearly hoping to pull off a Brexiteer backlash similar to that which saw her husband Ed Balls ousted by Andrea Jenkyns. He has already brushed off Andrew Marr’s mauling of his previous record, with a Trump-like attack on the BBC that feeds into his ‘establishment/victim’ narrative. I note that even Brexit minister James Cleverly yesterdaywarned that the only way to tackle Farage was to ask why people were voting for him. Eddie Hughes, Tory MP for Walsall, blogs for us on how a ‘blue collar Conservatism’ part of the answer.

And Farage’s Sunday Tel interview was actually just as revealing as his Marr session. From both, we gleaned The Brexit Party won’t have a traditional election manifesto and its policies will be determined by member-led input via an app (which may get some Corbyn supporters thinking). Farage also revealed it was May’s ‘betrayal’ in December 2017 that sparked his new movement. Funnily enough, that was the exact moment the DUP warned the PM her ‘backstop’ wouldn’t fly, but (in her last bold move with Arlene Foster) May ignored the objections and ploughed ahead.

Liverpool came second in the premiership yesterday but the big winner was striker Mo Salah’s daughter, who scored her very own goal after the match.

The Tory leadership beauty parade continues tonight with Jeremy Hunt’s Mansion House speech. The Remain-voting Foreign Secretary may bolster his Brexit credentials by hinting tax cuts will be needed once we quit the EU. We “must start by renewing the British economy”, he’ll say. For me, it’s a reminder that May’s own Mansion House speech 15 months ago was greeted as a success by both Remainers (Nicky Morgan said it was ‘a welcome dose of realism) and Brexiteers (Rees-Mogg praised her and warned the EU to respond with ‘wisdom’). How times have changed.

Later today, Sweden’s deputy director of public prosecutions, Eva-Marie Persson, will announce her decision on whether to revisit the sexual assault investigation into Julian Assange, after it was dropped two years ago. As it happens, the government is today unveiling a new statutory duty on councils to provide places for partners fleeing domestic abuse. Councils already fear that once again the legal duties are piling up without the cash needed to make them a reality.