The Church of England has finally endorsed women bishops, after years of bitter struggle, as the General Synod gave the legislation a resounding majority.

All three houses, the Bishops, the Clergy and the Laity voted in favour of allowing women to take the top jobs in the church, after the Laity dramatically rejected the motion in 2012 by just six votes. This time, more than 80% backed the motion. A two-thirds majority is needed in all three houses for a motion to pass.

The first woman bishop could potentially be appointed by the end of the year, the Church said in a statement after the vote.

It has been a long slog for the Church of England to push through the measure. Women priests were first proposed as concept in 1975, but it was only in 1992 that the Synod approved the measure. Then the road to women bishops should have been straightforward, but the legislation was derailed in November 2012, causing shock and bitter recriminations within the Church of England and prompting threats of an intervention by Parliament.

The arduous nature of the debate and crawling pace of change did not go unnoticed at the Synod today. Opening the debate in York today, John Sentamu, the city's archbishop, said that Synod ought to be getting the hang of this now, to chuckles from the floor. He warned those planning to speak at the debate against "tedious repetition".

Yet the tone of the debate was far more congenial than two years previously. Many came to the debate today with stories of how they had changed their minds. Thomas Sutcliffe, a member of the house of laity, pointed out that the two countries in the World Cup final, as well as their Brazilian hosts, were governed by women.

"We do believe that we must act on our conviction that the church now needs the special and different gifts of women," he said, adding that the proposal does not demand that there be gender equality in numbers. Female bishops will be "normal and routine … an unremarkable normality" he said.

Berwick reverend Janet Appleby agreed, saying she was "glad" the proposal had previously failed because the new motion was "much better".

Jane Bisson, a member of the laity from Winchester, said that Bible made Mary Magdalene a disciple of Jesus but she was secondary to the men, she was not an apostle. Urging members to vote against the measure, she said of Christ: "His direction should be the final direction we should take."

Chik Kaw Tan, a member of the house of laity, said the whole argument was about political correctness, and that the same 'cultural norm' arguments were used to legalise gay marriage, which he opposes.

It was the key concern of Susie Leafe, one of the leaders of the church's Reform group which opposes women bishops. She said the outcome of the consultation since 2010 had been that "the majority ended up telling the minority what was good for them. We are told not to complain, not to risk the motion being defeated."

That was the feeling of Adrian Vincent, of the house of laity, who said that although he personally opposed women bishops, he would vote in favour because of the strength of feeling in the Church's members.

The Archbishop of Canterbury, the Most Rev Justin Welby, said as he closed the debate that Church of England bishops were committed to keeping their promises to evangelicals.

"I expect and hope that this vote will go through and I rejoice in it. But I also rejoice that we promise to seek the flourishing in the Church of all those who disagree," he said. "If I did not think that was likely I could not support this legislation. You don't chuck out family or even make it difficult for them to be at home, you love them and seek their well-being even when you disagree. The House of Bishops means what we say."

The Archbishop of York, Dr. John Sentamu, who oversaw the vote, called it “a momentous day".

"Generations of women have served the Lord faithfully in the Church of England for centuries. It is a moment of joy today: the office of Bishop is open to them. To those who ask 'what took you so long?' my answer is that every decision has a cost and there will be those within our body who will be hurting as a result of this decision. Our answer to the hurting should not be 'get over it' but rather 'we will not let go until you have blessed us.'"

Welby said that the vote was a "completion of what was begun over 20 years".

"The challenge for us will be for the church to model good disagreement and to continue to demonstrate love for those who disagree on theological grounds. As delighted as I am for the outcome of this vote I am also mindful of those within the Church for whom the result will be difficult and a cause of sorrow," he added.

The new simplified legislation includes a declaration by the Church of England bishops outlining arrangements for parishes who do not accept the authority of a woman bishop. An ombudsman will be appointed to help resolve disputes. Mediation and conflict management experts were brought in last year to help resolve differences between Anglo-Catholics and conservative evangelicals opposed to women's ordination and supporters of women bishops.

The plan will now go to the ecclesiastical committee of Parliament and the House of Commons and House of Lords for consideration before royal assent is given.

The General Synod would then meet on November 17 to formally declare that women can be bishops. Today, it also voted to amend canon legislation, so there will be no distinction between men and women in church law.

Women now make up about a third of all clergy. There are six female cathedral deans and more than 20 women archdeacons. Southwell and Nottingham diocese, which has a vacancy after its bishop the Rt Rev Paul Butler was appointed as Bishop of Durham, would be the first diocesan see where a woman could be appointed. Retirements have also been announced in the Sees of Gloucester, Newcastle and Oxford. 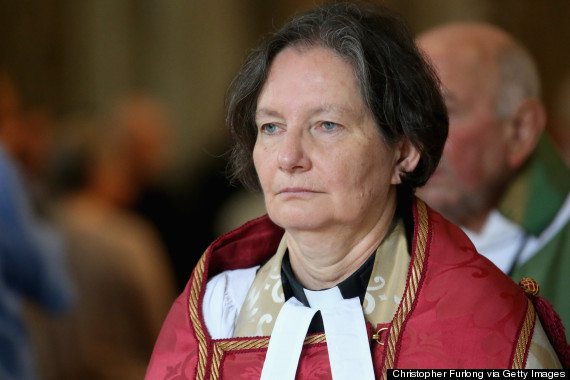 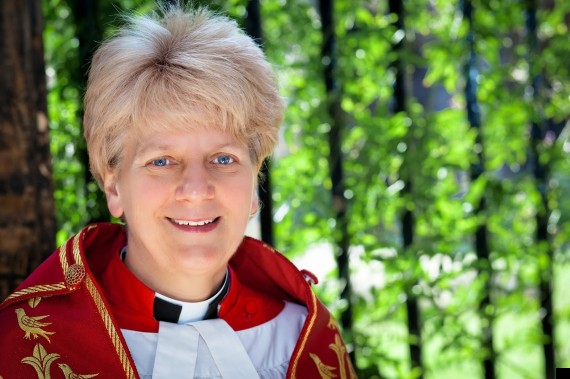 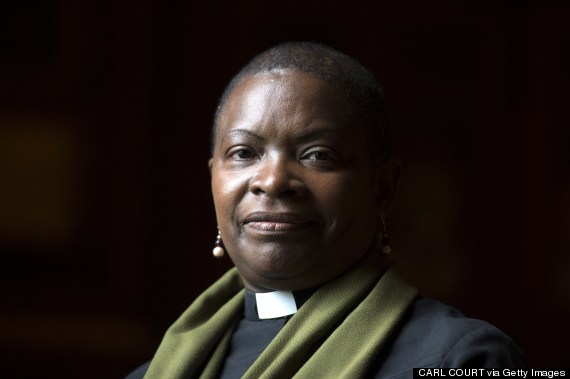 Ms Hudson-Wilkin was born and brought up in Montego Bay, Jamaica, before settling in the UK in 1985.She worked in the Midlands before moving to London. She told The Sunday Telegraph in 2012: "I have no ambition to become a bishop.”If there are people sitting around, men and women, dying to be bishops, then they must have very sad lives." 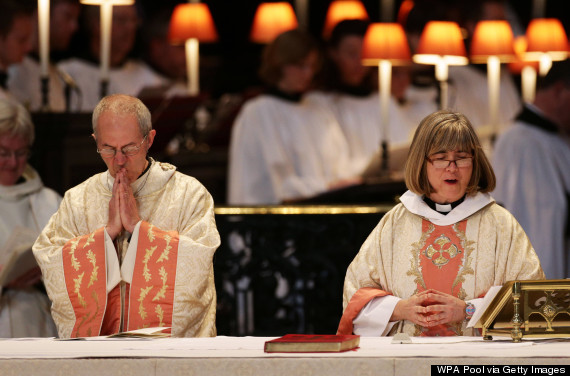 She told the Guardian that she was wearing something purple - the colour worn by bishops - every day in a protest at the shock defeat of the women bishops’ legislation at the General Synod in November 2012. 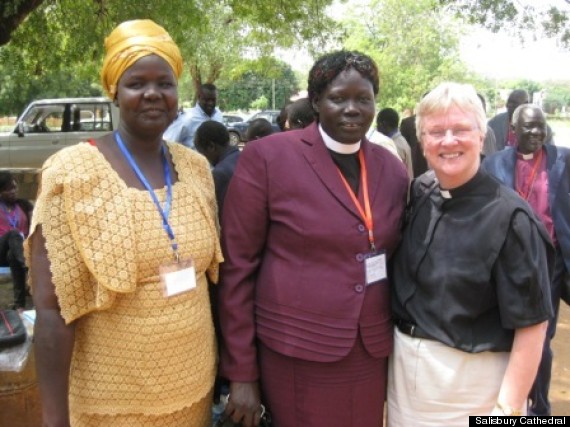 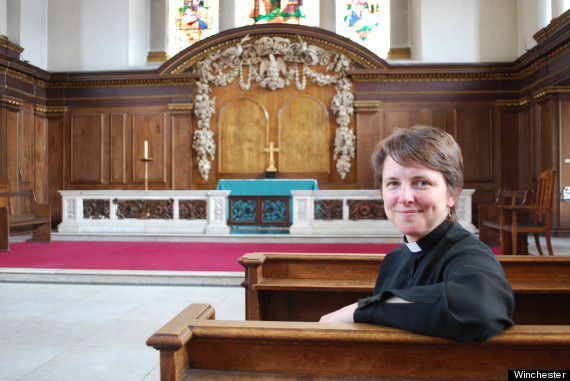 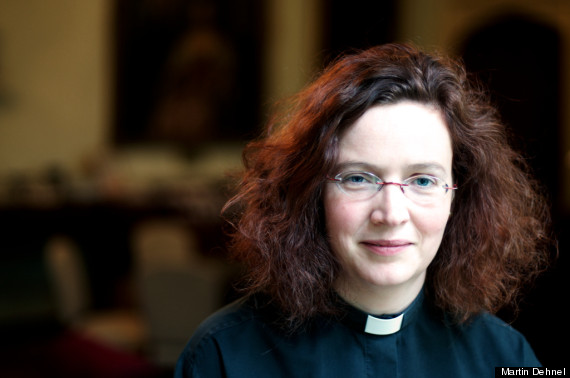 General Synod of the Church of England

5 Reasons You Should Still Be Wearing Your Face Mask

'Up to Eight' Tories Are In Talks To Defect To Labour

Is The 'Crying Selfie' Good or Bad For Our Mental Health?

No, The Apprentice Isn't Using Green Screen For Those 'Fake'-Looking Car Scenes

Artist Tracey Emin Rages At Partygate 'Lies' As She Tries To Remove Her Art From No.10

Now Even Wetherspoons Is Lashing Out Over 'Hypocrisy' Of Partygate