A volunteer nurse, thought to be a man in his 20s, working on the frontline on the fight against Ebola, has landed back in Britain for treatment in a high-tech isolation unit after contracting the disease.

Police closed the roads as the jet came in to land shortly after 9pm on Sunday night.

The man, who has been named as 'William' by several news sites, landed at RAF Northolt in west London to be transported to the UK's only high level isolation unit at the Royal Free Hospital in Hampstead, north London, with a police escort. He is believed to have gone out to Africa to help treat the epidemic of his own volition, not connected to any aid agency.

'William' was workingg at a clinic in Kenema district in the east of Sierra Leone, one of the worst affected areas, according to Sidie Yayah Tunis, director of communications for Sierra Leone's health ministry, quoted in the Daily Mail.

It is the first confirmed case of a Briton contracting the deadly virus during the recent outbreak. The identity of the patient - who lived in Sierra Leone - has not been disclosed. There is no cure to Ebola and outbreaks have a case fatality rate of up to 90%.

Health chiefs insisted that the risk to the British public from Ebola is "very low". The infected patient's bed will be surrounded by a specially-designed tent with its own controlled ventilation system. Only specially-trained medical staff are allowed inside the unit.

A spokesman for the Department of Health said: "The patient is not currently seriously unwell and is being medically evacuated in a specially equipped C17Royal Air Force plane to RAF Northolt in the UK.

"Upon arrival in the UK the patient will be transported to an isolation unit at the Royal Free London NHS Foundation Trust."

He said: "We have robust, well-developed and well-tested NHS systems for managing unusual infectious diseases when they arise, supported by a wide range of experts.

"UK hospitals have a proven record of dealing with imported infectious diseases and this patient will be isolated and will receive the best care possible."

Dr Paul Cosford, director for health protection at Public Health England, said protective measures would be strictly maintained to avoid the virus being transmitted to staff transporting the patient and healthcare workers in the UK.

He added: "For Ebola to be transmitted from one person to another contact with blood or other body fluids is needed and as such, the risk to the general population remains very low."

Dr Bob Winter, national clinical director for emergency preparedness and critical care for NHS England, said preparations have been made over the past few weeks to ensure any patient being repatriated to the UK receives the best possible care.

The World Health Organisation (WHO) has put the number of people infected with the deadly virus at 2,615. Some 1,427

have died since the disease was identified in Guinea in March and spread to Sierra Leone, Liberia and Nigeria.

Rigorous quarantine measures are used to stop the spread of Ebola, as well as high standards of hygiene for anyone who might come into contact with sufferers. 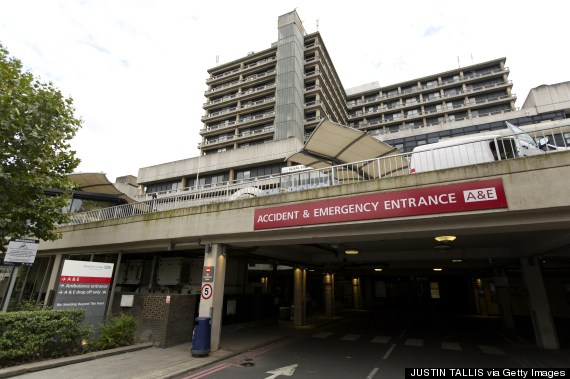 Symptoms of the virus appear as a sudden onset of fever, intense weakness, muscle pain, headache and sore throat. This is followed by vomiting, diarrhoea, rash, impaired kidney and liver function and, in some cases, both internal and external bleeding.

The effects of the disease normally appear between two and 21 days after infection. It is transmitted to people from wild animals and spreads in the human population through person-to-person transmission.

The WHO says the disease can be passed between people by direct contact - through broken skin or mucous membranes - with the blood, secretions, organs or other bodily fluids of infected people, and indirect contact with environments contaminated with such fluids.

The Foreign and Commonwealth Office (FCO) issued updated travel advice earlier this week which urged people to carefully assess their need to travel to Sierra Leone, Guinea and Liberia.

"General medical facilities throughout Sierra Leone are currently under severe strain due to the Ebola outbreak, and unable to provide the same standard of healthcare as in the UK. Dedicated healthcare facilities for Ebola are overwhelmed," the FCO warned.

The Sierra Leone parliament has voted to pass a new law which means anyone caught hiding an Ebola patient can receive prison terms of up to two years.

Some 910 cases have been recorded in the country - and 392 deaths - but the WHO believes the magnitude of the outbreak has been underestimated because people are hiding infected friends and family in their homes.

The WHO reported that corpses are being buried in rural villages without notifying health officials and with no investigation of the cause of death.

In some instances epidemiologists have travelled to villages and counted the number of fresh graves as a rough estimate of suspected cases.

These Are The Most Common Sex Injuries In British Bedrooms

Fuel Protests: Everything You Need To Know About The Motorway Delays