Paul Gascoigne told the High Court today that phone-hacking was linked to his alcoholism, and that his terror of being listened grew so strong that he contemplated suicide.

"I would like to trade my mobile phone in for a coffin because these guys have ruined my life. I have no life," he said.

The 47-year-old former soccer star started his evidence at the hearing in London to determine what compensation should be paid by Mirror Group Newspapers (MGN) in eight representative cases by telling Mr Justice Mann that he was "fuming".

Smartly dressed in a dark grey suit and pink-and-white open-necked striped shirt, he said he changed his mobile because he knew there was something going on with it.

His voice hoarse and shaking with emotion, he said: "I knew I was getting hacked by the Mirror. This continued for ages. Phone calls to my father and family were getting blocked so I changed my mobile. It happened again so I kept on changing mobiles, five or six times a month."

Questioned by David Sherborne, who has said hacking was rife at all three of the group's national titles by mid-1999, he said that, to start with, the experience was "so scary".

Gascoigne, who is complaining about 18 articles - all accepted to have been the product of illegal activity - said: "I couldn't speak to anybody, I was scared to speak to anybody... my parents, my family and kids, it was just horrendous. And people can't understand why I became an alcoholic."

Gascoigne went on: "At the time I was going through a bad time because I knew I was getting hacked, 110%. Of course (people) wouldn't believe it - my family and Mr McKeown (therapist Johnny McKeown).

"As I was speaking to him on the phone, it clicked again. He told me I was paranoid, I was going through a mental disorder.

After speaking briefly, Gascoigne was told he would not face cross-examination by Matthew Nicklin QC, for MGN, and his evidence was going unchallenged. He replied: "I have waited 15 years to be sat here so I am disgusted, really."

As Gascoigne left the building, he said: "They bottled it." 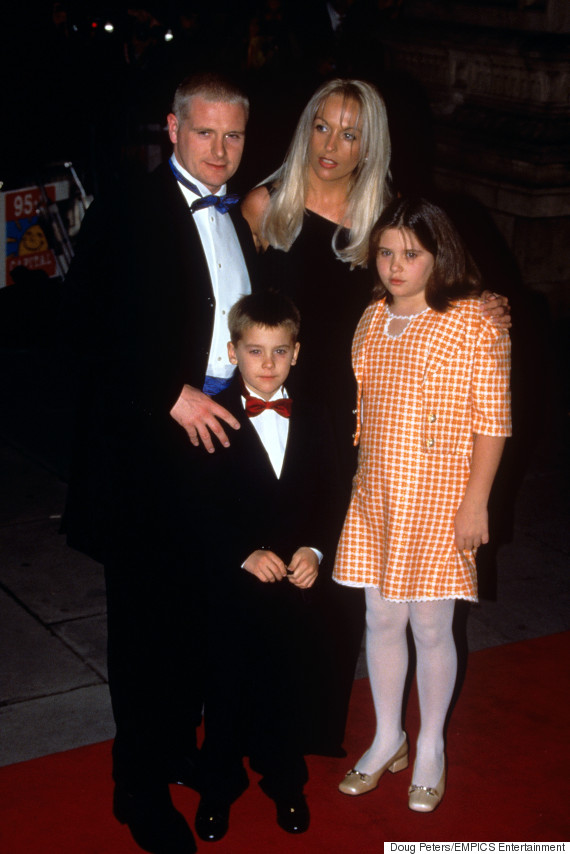 Paul Gascoigne with his ex-wife Sheryl

In a written statement supplied to the court, Gascoigne said that his fame had brought many benefits but also caused him much heartache as he had struggled to come to terms with the end of his playing career. Constant media pressure made it very difficult for him to lead a normal and private life and had led to his family not being as close as they once were.

"I have suffered from mental illness, including paranoia, obsessive compulsive disorder, depression, anxiety and suicidal ideation. I am bipolar and I have an addictive personality."

"I became obsessed about being monitored. I felt that I was being watched or listened into all the time for years and the pressure on me because of that was more than I think any sane person could bear."

"The main reason why I had to go to get help at the Priory on this occasion [while he was at Everton in October 2000] was the constant pressure from the media, including articles and threats of articles being published by journalists.

"I was also convinced that my phone was being tapped to get stories about me that very few people knew about. I felt very paranoid at that time about being pursued by the media.

"I felt that I could not cope with the media attention any more and I seriously thought about jumping in front of a train."

Gascoigne said he believed that information about his relationship with his ex-wife Sheryl, in particular his calls to her, including his threats of suicide, came about through voicemail interception. He said that, in early 2006, his suspicions caused him to spend £80,000 on counter-surveillance equipment.

"This is highly sensitive and private information which I believe did not come from Sheryl. To see it splashed over a newspaper was both humiliating and deeply distressing."

"Whilst it is well-known that I have an alcohol problem, it is not illegal for me to drink alcohol. I believe that it is none of Mirror Group's business if I was or wasn't drinking.

"They shouldn't have been employing people to secretly follow me - and my friends and family that I met with at that time - and photograph me.

"Obviously, if I choose to go to a public bar or restaurant then I might be recognised by other people, but that is completely different from being deliberately followed and secretly photographed by Mirror Group.

"Just because I am well-known does not mean that I'm no longer entitled to a private life, even when I am doing things in public. I must be allowed to have some privacy even when I'm not in my own home. I can't spend my life locked away indoors."

Gascoigne said that he blamed his family for what he thought were leaks and did not speak to them for almost two years - refusing to go for Christmas with them - because he thought they had betrayed him.

"It is very sad to me that a lot of damage has already been done to my family that cannot easily be fixed. My apologising to them now cannot turn back the clock for things I have said to them, and the hurt that this has caused."

"I do not believe for one moment that Sheryl would have told the press about my going into treatment because it was so important to both of us and our families that I got better."

The Funniest Marriage Tweets To Get You Through This Week

The Trailer For Netflix's New Wednesday Addams Show Is Mysterious, Spooky And All Together Ooky