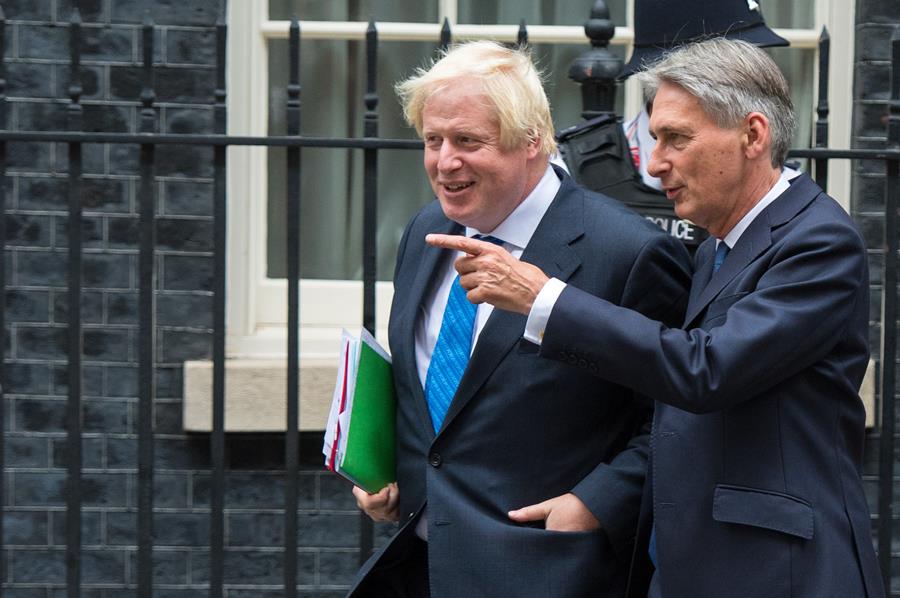 The second meeting of the Cabinet sub-committee on Brexit is due to start at 11am. Our Owen had some intel on the first meeting yesterday, with one of those present revealing there were some “robust” exchanges, and “people lived up to their stereotypes”. Most tellingly, the PM didn’t put forward her own position on the immigration and Northern Ireland questions. The Sun reports that NI Secretary Karen Bradley has been added to the sub-committee, shifting its balance back towards Remain to help allies like Philip Hammond outnumber Boris Johnson’s merry crew.

Today’s discussion is about the future relationship with the EU. Remainers are happy to have won the battle on transition, yet will they push harder on alignment and demand different customs plans? The temptation will be to fudge it all with principles rather than specifics, but Brussels is ready to impose its own specifics if we don’t. David Cameron used to patronisingly refer to Eurosceptic hardliners as “the Bills [Cash] and Bernards [Jenkin]”. But the Bills and Bernards (as well as No Surrender DUP MPs) know they now have real power if the Cabinet looks like selling them out.

Leavers were last night dismissive of the latest assessment papers released to MPs, even though the figures warned of a different kind of ‘Brexit bill’ – a big negative impact on Leave voting areas like the North East. No 10 points out that its (as yet unknown) “bespoke” deal has not been modelled. Yet that puts a hell of a lot of weight on such modelling when it is finally done later this year. It reminds me of the Butler Inquiry’s main finding that Blair’s WMD dossier meant “more weight was placed on the intelligence than it would bear”. Will Treasury officials finesse their Brexit verdict later this year with a fan-chart of outcomes to keep everyone happy? Maybe.

I wonder if anyone in the sub-committee will mention the need to reassure Japanese businesses in places like the North East? May, Hammond and Greg Clark are due to meet Japanese firms including carmakers Nissan and Toyota. The impact assessment suggests the industry could face a 13% rise in manufacturing costs. Clark somehow reassured the companies in 2016 to keep on investing, but will he be as successful once the bespoke deal is published this autumn?

Meanwhile, anti-Brexit group Best for Britain has dismissed the Telegraph front page story (curiously written by Nick Timothy, May’s former chief of staff) about  George Soros’ decision to fund it. Spin docs for the group have for months been open about Soros’ backing. What should worry the UK more perhaps is the line in the new Merkel Government’s statement of intent, that it will “make Germany more attractive for financial institutions”. Frankfurt can’t challenge the City of London for scale, but it could tempt some firms its way.  Then again, Liz Truss revealed last night that young voters have told her they are “bored of Brexit”.

This morning, Commons leader Andrea Leadsom published the new cross-party proposals to tackle sexual harassment and, crucially, bullying in Westminster. Also published were findings of a survey showing that 19% of respondents had been sexually harassed and 39% bullied (with 45% of women saying they’d suffered it).

The report is a real wake-up call to Parliament. Though some details remain to be finalised, the key recommendations are that an independent investigator will take the issue out of the hands of the political parties in first instance, and that complaints will be handled by a trained “sexual violence adviser”. Complainants and alleged perpetrators will have a right to anonymity, but if sanctions are applied then the offender’s name is made public.

In an echo of the Damian Green case, the investigator will be able to act on the balance of probabilities, rather than a criminal burden of proof beyond doubt. On the vexed issue of sanctions, the report is vague but does list among the options the existing powers to trigger a by-election or suspend and MP. The key is whether those powers will be strengthened.

The report reproduces codes of conduct from other various bodies, including this line: “Only unwelcome conduct is considered sexual harassment. Consensual dating is not considered harassment if not unwelcome or offensive.” John Humphrys on Today asked Jo Swinson MP if the new definition would deter men from asking women out. She dealt with that clearly and firmly. She also lobbed a googly at him at the end, asking if he’d apologised to Carrie Gracie. He said he’d written to Grace, but didn’t think Swinson’s question was really that “relevant”. The Lib Dem MP (whom many tip as their next leader) sounded like she’d just been happy to hoist the BBC man by his own petard.

Both allies and critics of Theresa May are looking ahead to the local elections in May, amid speculation that a disastrous performance may act as a trigger (aka “valid excuse to my local assocation”) for backbench Tories to challenge the PM. One Cabinet minister tells me he’s convinced that Barnet (home to Thatcher’s Finchley seat) and Wandsworth and Westminster will all fall to Labour on May 3. And Tory peer Robert Hayward tells me Trafford in Greater Manchester is likely to go red too. Trafford matters because it’s one of the few Tory-run councils in northern metropolitan areas, but also because it’s the backyard of a certain Sir Graham Brady, chairman of the backbench 1922 Committee and Altrincham MP.

Now of course there’s the usual game of expectations management to contend with here. Labour insiders tell me that while Barnet and Trafford are their realistic targets (and nevertheless huge coups), the swing needed to take Westminster and Wandsworth is too huge. Still, there are genuine jitters among Tory MPs and ministers, not least that new chairman Brandon Lewis has little time to correct basic organisational problems exposed by the general election.

As well as Brexit uncertainty, one thing that won’t help the Tories is the raft of record council tax rises due this year. A new Local Government Information Unit survey has found 95% of town halls plan to hike bills (and charges). Tory LGA chief Lord Porter warns councils are being “pushed perilously close to the financial edge” by the eighth year of austerity. But Sajid Javid seems to have bought off a Tory rebellion yesterday with his late £165 million bung for rural areas and social care. Not a single Conservative voted against the local government settlement.

The Times reports a Bureau of Investigative Journalism finding that Britain’s richest council, Tory-held Surrey, has a £105 million funding gap. Today, John McDonnell joins Andrew Gwynne in Preston, to praise the local Labour council for its record in bringing services in-house and persuading public bodies to invest locally. McDonnell will say more about his plans for a Community Wealth Building Unit. I wonder if anyone will mention that Preston leader Peter Rankin signed that angry letter from Labour council chiefs to the Sunday Times last week, objecting to the NEC’s attempt to ‘influence’ Haringey?

Watch this dog hitch a ride on the back of a Shetland pony.  At nighttime.

Theresa May appeared more confident in PMQs yesterday, but it’s a measure of how topsy-turvy politics is these days when Jeremy Corbyn can score points on police cuts against one of the longest serving former home secretaries of the modern era.  What was classic May however was her leaden-footed response to Vince Cable’s elephant trap on whether she was so desperate for a trade deal with Trump that she’d fail to guarantee NHS protection from US private firms. By afternoon lobby, No 10 said the NHS was not for sale but the perception was allowed to float for several hours.

And speaking of health and social care, the National Audit Office today has a worrying report today that a million vulnerable elderly people are missing out on the care they need. Age UK and the Unison and GMB unions have seized on the finding that part of the reason is a high turnover of poorly paid staff. If you’ve got an elderly relative living in a care home, you will know all too well what this means in real life. The NAO found four-fifths of local authorities are paying fees to providers that are below the benchmark costs of care. That’s further evidence that local councils are under huge budget pressures.

Universal Credit hasn’t gone away as a political hot potato. Every child whose parent claims the new benefit had been expected to qualify for free school meals from April. But last night new Children’s Minister Nadhim Zahawi slipped out an announcement that a new threshold would be imposed. He said the change would effectively mean 50,000 more kids than currently would get a free meal. Labour and the Children’s Society have now pounced, pointing out that in fact a million fewer children will benefit than originally planned. Shadow Education Secretary Angela Rayner is on the warpath.

Meanwhile, Work and Pensions Select Committee chairman Frank Field is continuing his battle to get full disclosure of secret Whitehall assessments of UC. A new analysis today by his committee of the reports that have been now made available has found that they “barely mention claimants”. There remains “no evidence” that Universal Credit “makes work pay” for all types of claimants. The MPs also attacked Whitehall ‘gobbledgook’ in the reports, including references to “epic level stories” of success.