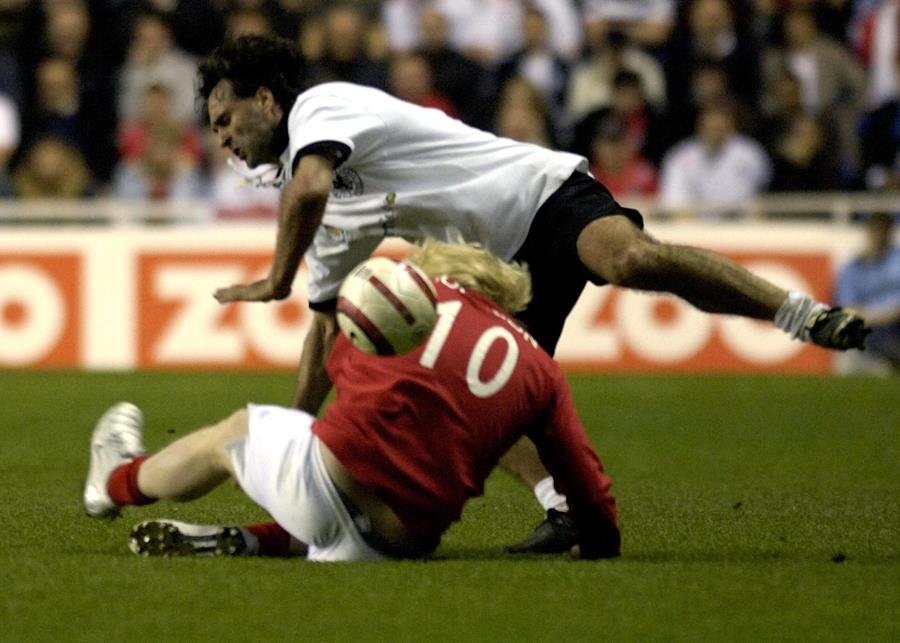 The blizzard of Brexit news is intensifying across the land. Just hours after ‘The Beast From The East’ (aka Jeremy Corbyn) swept in with his CBI-approved shift in Labour’s position on the customs union, today we have Liam Fox and Boris Johnson hitting back. And their target is not just Corbyn but also the business and Whitehall ‘establishment’ which keeps on warning that quitting the EU will plunge the UK into a new economic ice age.

The International Trade Secretary makes the latest ‘road to Brexit’ speech at Bloomberg this morning and we’re promised some punchy stuff that wasn’t briefed overnight. Politico Europe’s Annabelle Dixon had a great scoop that Fox’s former Permanent Secretary Martin Donnelly will tomorrow make a withering speech saying Brexit is “rather like rejecting a three-course meal now, in favour of the promise of a packet of crisps later”. Donnelly adds that wishing for a better deal with emerging markets outside the EU is like wishing for a “fairy godmother”.

On the Today programme, Boris Johnson was robust with his response, opting for a two-footed tackle on Donnelly (similar to his all-stars England v Germany game years ago) by pointing out he once worked “in the European Commission”. This was during Bojo’s days as a swashbuckling Brussels correspondent and the Godfather-style threat was clear: don’t take this guy seriously, he’s just a jobbing Eurocrat with an agenda. The Foreign Secretary also risked ridicule however by comparing Northern Ireland’s border to that between Camden and Westminster in London. Unless I misunderstood him, his suggestion that the Irish border could be policed “anaesthetically” like his congestion charge suggests a new physical regime of number-plate recognition cameras. Yet hasn’t the Government ruled out such ‘physical’ infrastructure?

Corbyn’s new strategy is far from flawless but he is getting credit for sketching out a clearer alternative to the Government, while keeping his eye on the real prize of the next general election. Whether Tory MPs trigger an election by voting down May’s Brexit plan in a meaningful vote later this year is still very uncertain. Backbencher Sarah Wollaston told Newsnight there was a “huge” majority for in Parliament for staying in a customs union, yet fellow Remainer Jonathan Djanogly yesterday cast doubt on the customs bill amendment, saying it was only intended to spark debate. Boris said Corbyn’s Labour Leave voters would be furious at his plan to turn the UK into a ‘colony’ of the EU. Yet for all the vox pops of grumbles of worried Labour Leavers, this polling suggests they won’t be voting Tory: Brexit-backing Labour voters like nationalisation, the NHS... and Corbyn himself.

A customs union is not enough to solve the Irish border problem. Brussels officials think Northern Ireland needs to be aligned in other areas, such as animal, medicine and food standards, to prevent the Irish border becoming a back door for smugglers. The UK has tentatively proposed some high-tech solutions but the EU dismisses such ideas as “magical thinking”.

But as the DUP leader Arlene Foster’s tweet made clear yesterday (“Jeremy Corbyn should know that we needed a hard border 30 years ago to stop semtex, not powdered milk”), this is not a laughing matter. The Times last Friday, FT yesterday and Guardian, Telegraph and others today all highlight a draft EU text due to be handed over tomorrow which states as a ‘backstop’ Northern Ireland would stay in the customs union and have full regulatory alignment to single market rules.

The DUP and Theresa May would of course not allow a new border to be shifted to the Irish Sea (ie divide Northern Ireland from the rest of the UK) and British officials think this is yet another negotiating tactic from Brussels. It’s complicated, but the real way through seems to be an unprecedented deal for mutual recognition on agri-food standards to avoid locking the UK into the single market. More pressingly, tomorrow Sir John Major has a big speech planned in London. Given he has repeatedly warned of the dangers Brexit could pose to peace in Ulster, lots of people are getting their popcorn ready.

It was quite a hectic day within the Labour movement yesterday as the race to succeed Iain McNicol as the party’s general secretary burst into life. We revealed that Momentum founder Jon Lansman is being urged to run for the top job after a serious backlash among some in the Left caucus on the ruling NEC at the idea of Unite’s Jennie Formby being railroaded through the process. Corbyn’s senior aide Karie Murphy met Lansman last night in the leader’s office. This morning, there’ll be a truce during the memorial for late GMB stalwart Mary Turner, but things will pick up again straight afterwards.

As we report, there will be an unprecedented fast-tracked timetable for the appointment (just three weeks flat, compared to 10 weeks last time). Some centrists suggest the March 20 deadline is aimed at beating the March 27 date for the independent ruling on whether Len McCluskey’s re-election was legal. Others suggest the Left just want to end the McNicol era as soon as possible. (Speaking of Len, the Guardian reports he has repaid the £400k the union paid towards his London flat).

Outside the PLP last night, the prospect of a Momentum v Unite fight for the general secretary job left Labour MPs variously depressed or delighted. Lansman has yet to declare formally, of course, but his move last night spooked the Left caucus into not automatically backing Formby, I’m told. Lansman is seen as less divisive than Formby. But the GMB’s Lisa Johnson, Unite’s current political director Anneliese Midgley and Labour HQ official Emilie Oldknow are all seen as less divisive than either of them. Many in the party also think it would send a powerful signal if a working class woman became the next general secretary. The race is certainly on. The joke this morning among some in Labour is Lansman ‘got a bit Karie-d away last night’. But yet another source told me this morning he will go for it, probably tomorrow.

Watch White House adviser Ivanka Trump say it’s “inappropriate” to ask her about sexual misconduct allegations made against the US President. “I think I have that right as a daughter to believe my father.”  This is pretty much why anti-nepotism rules were devised in the first place.

The cold snap is deepening and although snow isn’t at Siberian levels, hundreds of trains have been cancelled. The Telegraph has quite shrewdly splashed on a neat angle: train firms are accused by MPs and commuter campaigners of profiting from the weather chaos by pocketing millions of pounds in Network Rail compensation while passengers endure cancellations and delays. Tim Loughton tells the paper: “They are being paid for failure”. Not surprisingly, Southern Rail (which told passengers to head home by 6pm last night) is in the frame.

Stagecoach boss Martin Griffiths yesterday blamed the Government for drafting an inept East Coast rail franchise. And today we report ministers are expected to tell the Commons that 9% extra in spending has been added to their budget to cover cost overruns this year. Labour says it’s more proof that Transport secretary Chris Grayling is “incompetent”. The DoT says: “It is normal for the supplementary estimate to reflect changes in the department’s finances.” We have another story on the supplementary estimate (it’s that time of year when departments sort their finances) for another department later.

Twitter at its best has some cracking threads that create a new kind of real-time journalism. Yesterday, @PlashingVole spotted the Public Appointments Commissioner report into Toby Young’s botched and failed appointment at the new Office for Students quango. And Peter Riddell’s report (read it HERE) reveals the vetting process was flawed and rife with political interference.

Former universities minister Jo Johnson, seen usually as more of a straight dealer than his brother Boris, is exposed as having actually invited Young to apply for the post. No10 “Googlers” had done a cursory trawl of the social media history of other applicants, but not of Young. And Riddell concludes the governance code was breached because “the decision on whether or not to appoint one candidate in particular was heavily influenced, not by the panel but by special advisers, notably from 10 Downing Street”.