Will.i.am has condemned comments made by his friend Kanye West after Yeezy claimed slavery was a "choice".

The U.S. rapper sparked widespread outrage when he made the shocking remarks during a live interview with TMZ on Tuesday (May 1). 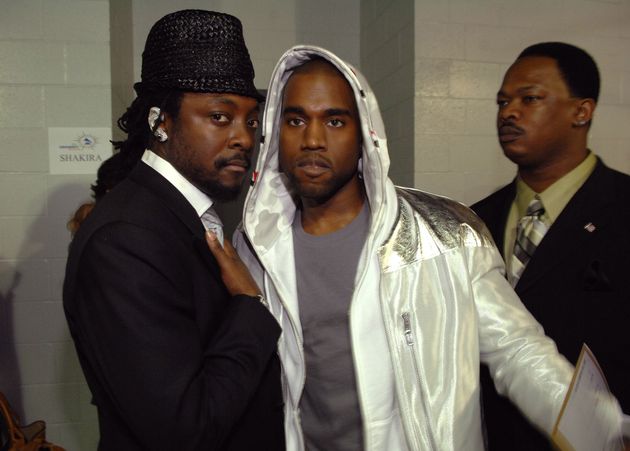 During an interview on Wednesday's "Good Morning Britain", will.i.am said he was "heartbroken" over the "ignorant and harmful" comments, adding that he hoped Kanye wasn't simply looking for publicity to sell more records. 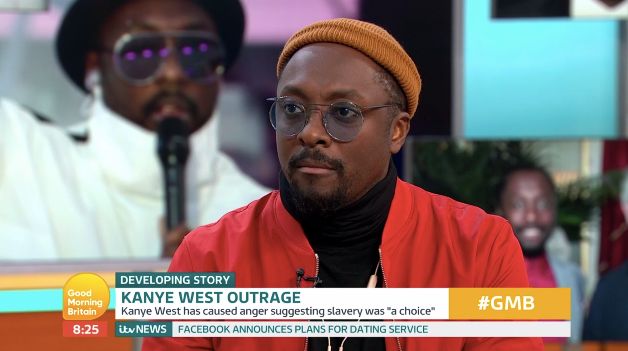 He added: "So I understand the need to have free thought, but if your thoughts aren't researched, that is just going to hurt those that are still in conditions where it's not choice, that when they go down the street and there's a liquor store and fast-food restaurants and your education is not being funded the same way that it is being in Calabasas, when governments stifle and limit the amount of money that goes to Chicago, Bronx, Watts, 5th Ward Mississippi, East Los Angeles, where I'm from."

He continued: "That statement was one of the most ignorant statements that anybody who came from the hood could ever say about their ancestors, that slavery is a choice. What are you talking about?

"To me, that's a different person that's saying that, and I hope it's not to raise awareness so you could sell some records and some shoes, because that would be the worst thing to do, to stir up this very touchy race situation and you be the benefactor [sic] from it." 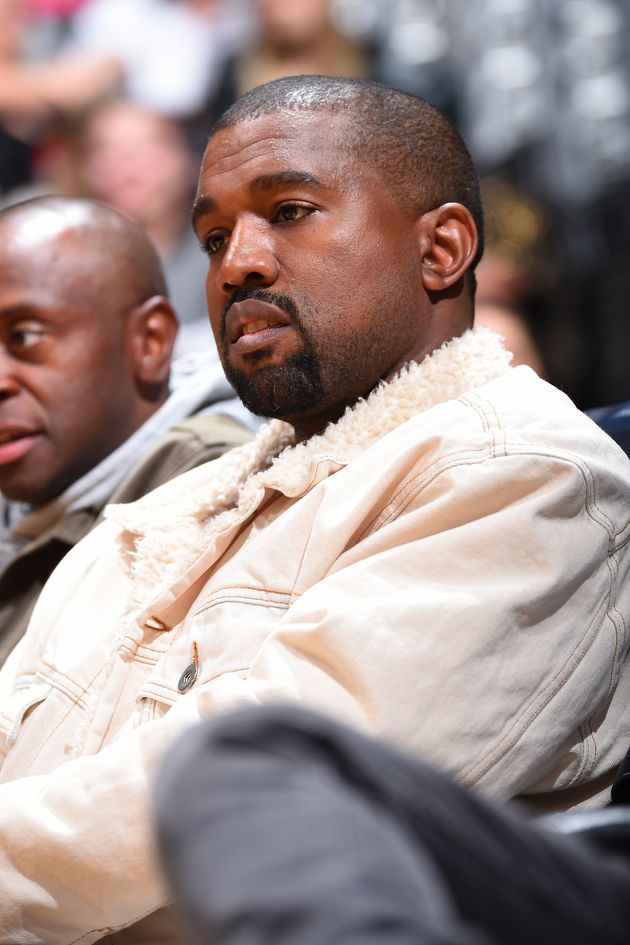 "The Voice" coach concluded by challenging Kanye to give his "shows and album away for free".

"So I encourage you, if you really believe this, give your shoes away for free, give your album away for free," he said. "And I don't like talking about going against my community, but that is harmful. I will not throw my ancestors under the bus to profit."

Following Kanye's interview, the hashtag #IfSlaveryWasAChoice began trending on Twitter, as the clip of the interview went viral.

Kanye West said SLAVERY WAS A CHOICE for the black people !! 😱😱
I'm so glad someone made him choke on his opinion this time. 👏👏✊ pic.twitter.com/QKWfI8ioGH

Kanye later took to the social media site in an attempt to clarify his comments, claiming he was misinterpreted.

He wrote: "Of course I know that slaves did not get shackled and put on a boat by free will.

"My point is for us to have stayed in that position even though the numbers were on our side means that we were mentally enslaved.

"They cut out our tongues so we couldn't communicate to each other. I will not allow my tongue to be cut."

During the TMZ interview, Kanye also defended his support of Donald Trump, calling him "my boy", despite the outrage he caused with his Twitter storm about the U.S. president last week.